Winners of Israel's prestigious award to receive $100,000 each in May ceremony. 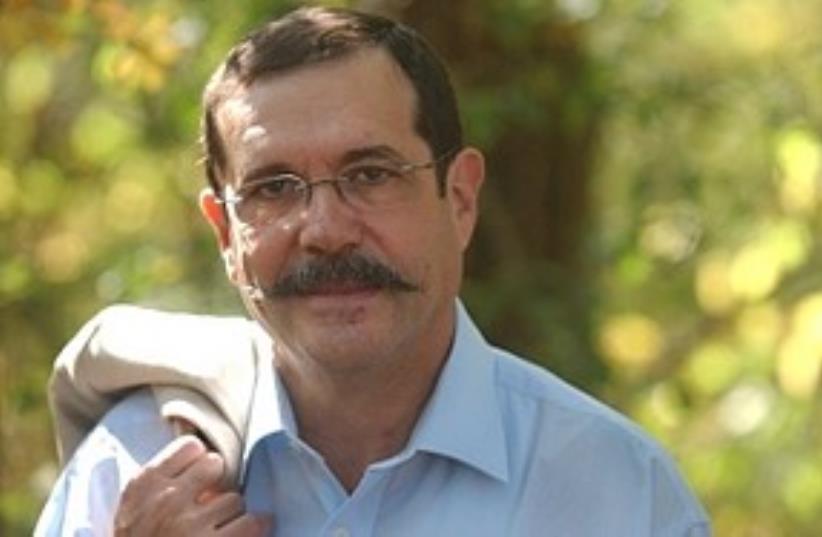 Alain Aspect
(photo credit: courtesy)
Advertisement
Seven internationally renowned scientists from England, Germany, theUS, France and Austria will come to the Knesset in May to receive theWolf Prizes – considered Israel’s “Nobel Prizes” and worth $100,000 ineach field – from President Shimon Peres and Education Minister andWolf Foundation Council chairman Gideon Sa’ar.Sa’ar announcedthe names of the winners in medicine, physics, mathematics, agricultureand architecture (this year, as one of the fields of the arts). Formerrecipients of the Wolf Prize include Prof. Ada Yonath of the WeizmannInstitute of Science in Rehovot who received the Nobel Prize forChemistry two months ago.Since 1978 the Wolf Prize has beenawarded 27 times, to a total of 253 scientists and artists from 23countries (among them 18 Israelis) for “achievements in the interest ofmankind and friendly relations among peoples, irrespective ofnationality, race, color, religion, sex or political view.”TheHerzliya Pituah-based Wolf Foundation was established by the lateGerman-born inventor, diplomat and philanthropist Dr. Ricardo Wolf, whoserved as Cuban ambassador to Israel.“In its 32 years, the WolfPrize has bestowed great honor upon the State of Israel and science,both in Israel and worldwide,” said Sa’ar. “The prize, held in greatesteem by the scientific community, is a predictor of the Nobel Prize –one out of every three Wolf Prize recipients in medicine, physics andchemistry later went on to receive the Nobel Prize.”The 2010Wolf Prize in Medicine will be awarded to Prof. Axel Ullrich of the MaxPlanck Institute of Biochemistry in Martinsried, Germany, forgroundbreaking cancer research that has led to the development ofinnovative drugs, among them Receptin, for treatment of women withmetastatic breast cancer. The international prize jury in this fieldstated that Ullrich “is one of a small number of basic scientists whosework has impacted not only basic research, but also aided millions ofpatients suffering from diverse chronic diseases.”The 2010 WolfPrize in Agriculture will be awarded to Sir David Baulcombe ofCambridge University for research in which he demonstrated how plantsdefend themselves against viral attack, through a mechanism known as“gene silencing.”The jury said that Baulcombe, who was knightedby Queen Elizabeth last year, was responsible for a pioneeringdiscovery of gene regulation by small inhibitory RNA molecules, andthat it had important implications not only for agriculture but alsofor other fields of biology, including medicine.

The 2010 Wolf Prize in Mathematics will be awarded jointly to twoAmericans: Prof. Shing-Tung Yau of Harvard University for his work ingeometric analysis that has had a profound and dramatic impact on manyareas of geometry and physics; and to Prof. Dennis Sullivan of theState University of New York at Stony Brook for his innovativecontributions to algebraic topology and conformal dynamics.The 2010 Wolf Prize in Physics will be shared by Prof. John F. Clauserof the US; Prof. Alain Aspect of France’s École Normale Supérieure deCachan; and Prof. Anton Zeilinger of the University of Vienna. The juryin this field praised them “for their fundamental conceptual andexperimental contributions to the foundations of quantum physics,specifically an increasingly sophisticated series of tests of Bell’sinequalities, or extensions thereof, using entangled quantum states.”
Advertisement
Subscribe for our daily newsletter