Change after Goldstone Report, "not admission of army wrongdoing." 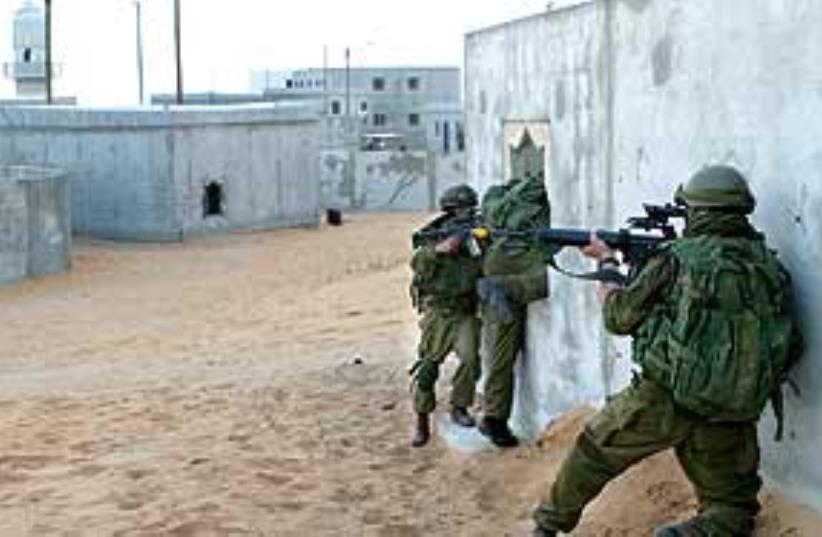 war311
(photo credit: Ariel Jerozolimski)
Advertisement
In the wake of the heavy criticism leveled at the IDF following Operation Cast Lead in the Gaza Strip last winter, the military has written, for the first time, an operational doctrine for how forces should operate when fighting within a civilian-populated area, The Jerusalem Post has learned.The new doctrine was written by the Concepts and Doctrine Section of the Ground Forces Command and was approved by OC Ground Forces Command Maj.-Gen. Sami Turgeman earlier this month.RELATED:
Israel’s first real response to Goldstone
UNHRC OKs Goldstone implementation c’teeThe Goldstone Report harshly criticized the IDF and accused it of committing war crimes during Cast Lead in early 2009. The army recently completed a 1,000-page document taking apart allegations in the report on how the IDF operated piece by piece, and lawyers in various governmental bodies are now going over the text before releasing it to the public.The decision to write the new doctrine, a top officer told the Post this week, was a consequence of the Goldstone Report, even though it did not inherently change the way the IDF operated in the Gaza Strip.One order written in the doctrine is that IDF commanders need to select an empty structure when entering an urban or heavily-populated area like any of the many villages in the Gaza Strip, and fire a number of shells to scare away the civilians who remain in the area. The new order also sets guidelines for commanders regarding which type of weaponry to use during operations inside urban centers.“The emphasis is on accurate weaponry instead of statistical weaponry,” the senior officer said.The officer stressed that the decision to write the new doctrine did not mean that IDF officers had operated wrongly and against regulations during Cast Lead.“We operated the way we were supposed to,” the officer said, addingthat until now, the doctrine had been well known by all commanders, buthad not been officially anchored in IDF operational code.Ahead of a future conflict in Gaza and southern Lebanon, the IDF isalso increasing urban warfare training, raising it to about 25 percentof overall training.Currently equipped with 17 urban warfare training facilities – thelargest at the Tze’elim base in the Negev – the IDF will increase thenumber by close to 50% by next year and is currently building newfacilities at the Golani and Kfir infantry brigade training bases.The army is also constructing a mock village in the Combat EngineersCorps training base in the Negev, modeled after urban areas in the GazaStrip and southern Lebanon – where, according to the IDF, Hamas andHizbullah have booby-trapped homes and underground passagewaysstretching dozens of kilometers.
Advertisement
Subscribe for our daily newsletter