Peres honors reservists: 'The whole nation is the army'

President honors 15 IDF reserve units that have distinguished themselves in their service. 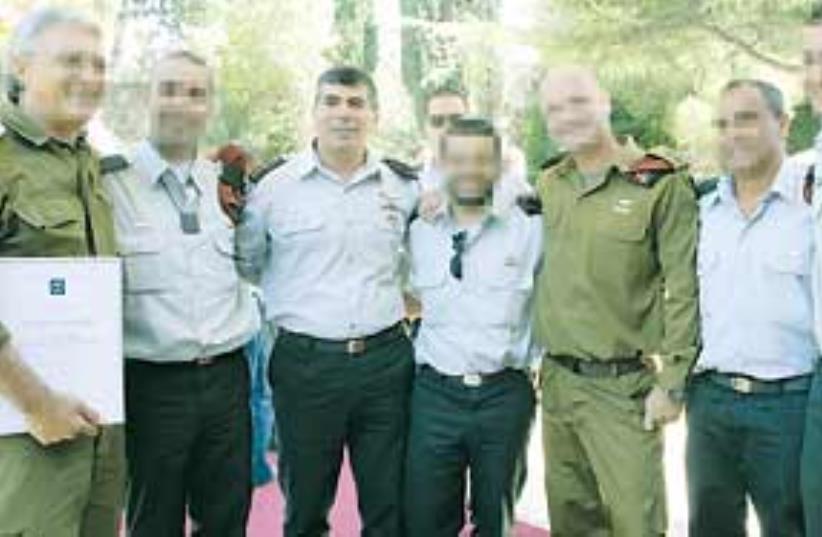 army311
(photo credit: Ariel Jerozolimski)
Advertisement
For the seventh consecutive year, the president of the state on Wednesday honored 15 units of IDF reservists who have distinguished themselves in serving the nation.Some 300 commanders of reserve forces from different branches of the armed services came to Beit Hanassi to represent the thousands of men and women who go that extra mile to protect Israel’s citizens.The reservists began to fight before the creation of the state and the IDF, because the Arabs attacked before the Declaration of Independence, President Shimon Peres said. The modern state of Israel was thus born in battle.The concept of reserve forces was introduced to Israel by Yigal Yadin, the second chief of IDF General Staff, following a visit to Switzerland, which has long maintained a reserve army, Peres said.It was also Yadin who coined the phrase: “The whole nation is the army and the whole country is the front line,” the president continued.This still holds true today, observed Peres. Everyone who can serve, should serve, he said.“The burden should fall on everyone, not just on you. But without you, the burden would be much heavier,” he said.Peres, who claimed to have an advantage over everyone else in the auditorium in that he has followed the progress of the reserves since their inception, said he could not recall a period in which reservists had brought greater glory upon themselves. Most of the soldiers present had fought in both the Second Lebanon War and in Operation Cast Lead.In commending their success in quelling terrorism, Peres made the point that they were fighting against foes “who have no respect for democratic values.”He said he was aware of the many challenges and booby traps that had confronted the reservists in Gaza. “You gave outstanding service, and I have the privilege to thank you on behalf of the nation.”Chief of General Staff Lt.-Gen. Gabi Ashkenazi, in saluting the reservists said that among them are people who keep on returning to service even after many of their comrades have died in combat. “The glue that binds them is the willingness to serve and the call of conscience,” he said.From his own experience, said Defense Minister Ehud Barak, whose five decorations make him the most decorated soldier in Israeli history (jointly with close friend Nechemiah Cohen), and who has fought alongside many reservists, he could vouch that excellence is not a coincidence but a combination of talent, ability, determination and above all a desire to do better, to go beyond existing norms – “and to succeed in doing so.”Looking out at the khaki-clad men and women, Barak said: “You are the human fabric that guarantees the security of Israel. Israel is a model of excellence and not just in the field of security, but in science, agriculture, culture and economy. We have people in whom we can take pride and people on whom we can rely.”Reservist Lior Nagar spoke on behalf of his fellow officers.Service is both a privilege and a duty, Nagar declared. “We are not called up unnecessarily, but to defend our families and our country. Reservists are motivated by their ambition to contribute to the well-being of the state.” He acknowledged that the increase in conscientious objectors was problematic.Another problem is that many employers illegally dismiss or mistreat employees who put reserve duty ahead of their jobs.Dror Kurlander, from Moshav Beit Hillel near Kiryat Shmona, Raz Maayan, from Kibbutz Kfar Hanassi near Rosh Pina, and Oren Raz, from Modi’in, have all been commanders in the Northern Command’s Carmeli Brigade, an reserve infantry unit, for the past decade. Before that they served together in the Golani Brigade.It is not uncommon for employers to contact units in an attempt to prevent their employees from doing their reserve duty, Kurlander said. “They tell us how essential the employee is to them and how he can’t be spared.”“We have a lot of people in our unit in that situation,” said Raz, “but as much as their employers want to keep them out of the army, they want to serve.”Mayaan pointed to an absurd situation in which state employees who receive call-up notices are held back by their supervisors, who pull all sorts of strings to keep them inside the office and outside of the army.He was also critical of certain university and
college faculties that cut no slack for students who are called up for the reserves, with the result that some students are held back in their courses and graduate later than they should.The three commanders went straight from Beit Hanassi to reserve dutyalong with Yair Levy, 68, from Jerusalem, who is the driver for CarmeliBrigade commander Lt.-Col (res.) Yair Lesloi.Levy is one of many reservists who have passed
discharge age and continue to serve on a voluntary basis. After his sonEyal, an officer, was killed in Lebanon in 1993, Levy kept in touchwith the other officers in his unit. At the start of the secondintifada, when terrorism was rampant and so many people were beingkilled, Levy felt the need to do something significant to help savelives. He told his son’s friends that he wanted to get back into thearmy and to serve with them.They were able to arrange it, and Levy became Lesloi’s driver. Butthere were limits to what he was allowed to do, he told TheJerusalem Post. “I wanted to go into Lebanon, but theywouldn’t let me because I was a bereaved father,” he said.
Advertisement
Subscribe for our daily newsletter