Livni: "To enlist the world to our side, change your old coalition." 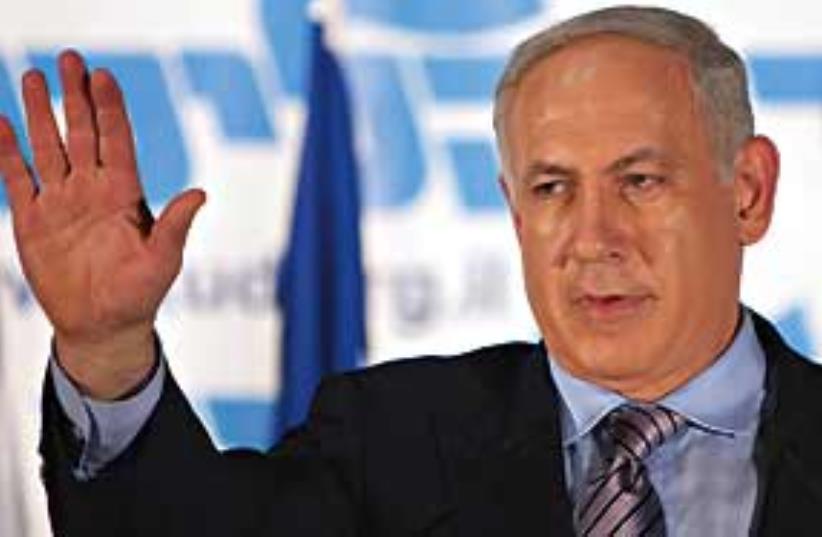 netanyahu311
(photo credit: ap)
Advertisement
Prime Minister Binyamin Netanyahu was called into the Knesset Wednesday to defend his administration’s policies, but despite the acrimonious tone of the speeches during the debate, both Netanyahu and opposition leaders emphasized themes of national unity.Kadima had pushed for the debate on “the Netanyahu administration’s failure of management, and the collapse of Israel’s status in the world.” However, if speeches by Kadima leader Tzipi Livni and faction chairwoman Dalia Itzik were any indication, the subtitle could have been “but Kadima would like to join the government anyway.”RELATED:
FM to Kadima: Accept "transfer"
Netanyahu to Livni: Unity government?
Reality Check: Netanyahu's weakness, our dimeNetanyahu emphasized that anti-Israel sentiment did not stem from “the lack of a diplomatic process in the past year,” adding that “we are interested in the process no less than anyone else in the Knesset. But don’t delude yourselves that the process will solve this long and dangerous trend with which we have been confronted for at least a decade.”For years, Netanyahu explained, “an unholy coalition has been forming, especially in the last decade, with the ascent of extreme Islam and their strange alliance with the radical Left, especially in Europe. This alliance is focused against one issue – the continued existence of the state of Israel.”He continued, “I think that one needs to look at a longterm frame regarding the assault of delegitimization facing the state. We are currently under repeated and varied attacks against the legitimacy of the state itself.“We know that they are attacking the country’s existence because certain people, not just the flotilla’s organizers, have said, ‘Go back to Poland and Morocco.’ It slips out, comes out in moments of anger,” he said. “What they are saying to us is, disassemble the Zionist endeavor.”Netanyahu reiterated statements made earlier this week during a meeting of the Knesset’s Foreign Affairs and Defense Committee that Iran and Hizbullah were “hiding behind” the flotillas that sail under the guise of bringing humanitarian aid to the Gaza Strip. He also accused the United Nations of enabling the flotillas, noting that “85 percent of the resolutions issued by the UN’s Committee for Human Rights are against Israel.”As a result, Netanyahu complained that Israel cannot prevent weapons from being smuggled through the blockade without “being accused of war crimes.”Itzik, speaking before Netanyahu, told him that “in the name of almost all of the Kadima faction – we want a unity government. A new unity government.”Such a government, said Itzik, “will advance the country along new lines, with negotiations from the point at which the previous government’s talks stopped,” and the broad coalition “would represent the majority of this nation.”“Come and change the structure of the coalition,” Itzik reiterated, slamming the Labor Party as unreliable, and the government’s self-advocacy capabilities overseas as problematic.Livni, who spoke after the prime minister, also reiterated Itzik’s call.“In order to enlist the world to our side, you need to change your old coalition, which does not want and is not capable of carrying out anything,” Livni said. “You must make a brave decision.”
Advertisement
Subscribe for our daily newsletter