Approximately 92 million sq.m. of Israeli territory is laden with mine fields, laid out during the country’s various battles in the Golan Heights, Arava Valley, Jordan and Galilee. 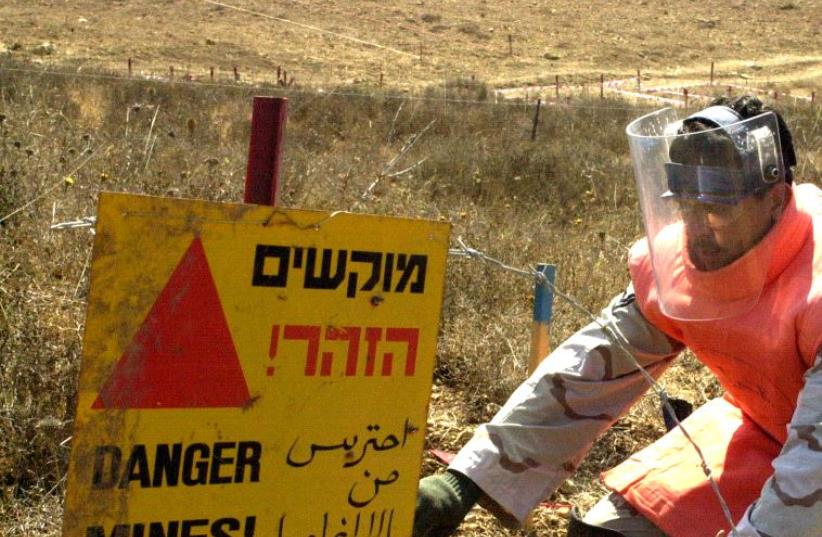 A soldier from the United Arab Emirate searches for unexploded land mines in southern Lebanon near Marajayoun August 13, 2003
(photo credit: REUTERS)
Advertisement
ON A recent tour of one of Christendom’s holiest sites in Israel, where according to tradition Jesus was baptized, a ghost town of churches and pilgrim hostels stood starkly barren behind fencing with yellow warning signs and barbed wire against the desert landscape along the road down to the Jordan River.Shattered windows and collapsed roofs remain frozen in time, a testimony to the fierce battles which took place here between Israel and Palestinian gunmen.

Modern day pilgrims have been able to reach the holy site on the river only through this one dirt road leading through the abandoned scene, which once was a thriving place of prayer and pilgrim hospitality.Long a military zone on the border with Jordan, the area was laid with a slew of anti-tank and anti-personnel mines and improvised explosive devices ‒ otherwise known in non-military terms as booby traps – by both the Israeli army and PLO gunmen in the late 1960s and ’70s when it was used as a launching ground by PLO terrorists crossing over the Jordan River to attack nearby Israeli settlements.Monks continued to live there for a period until it became too dangerous. Following the signing of the 1994 peace treaty between Israel and Jordan, the site was opened initially to organized groups on a limited basis only on the Epiphany and Easter holidays.However, in the summer of 2011, it was officially opened to all visitors under the management of the Israel Nature and Parks Authority The site, known officially as Qasr el- Yahud, is also revered by Jews as the place of the crossing of the Israelites through the Jordan River into the Promised Land after having wandered the desert for 40 years.Jordan completed demining its eastern bank of the river, which also is considered holy, by 1999. Now, Israel has begun a process to help fund the demining of its area with The HALO Trust, the world’s largest humanitarian mine-clearing organization.Based in England, it was approached by the Israel National Mine Action Authority and has secured approval from a broad coalition of forces, including the Israeli Defense Ministry, the Palestinian Mine Action Committee and the eight churches with property here, to begin removing the land mines and other unexploded ordnance.“There has been an ongoing dialogue,” says Ronen Shimoni, HALO Trust program manager in Israel and the Palestinian territories.“We need to have a wide agreement in order to pave the way for clearance of these explosives. Today, we have the blessing of all eight main churches.” 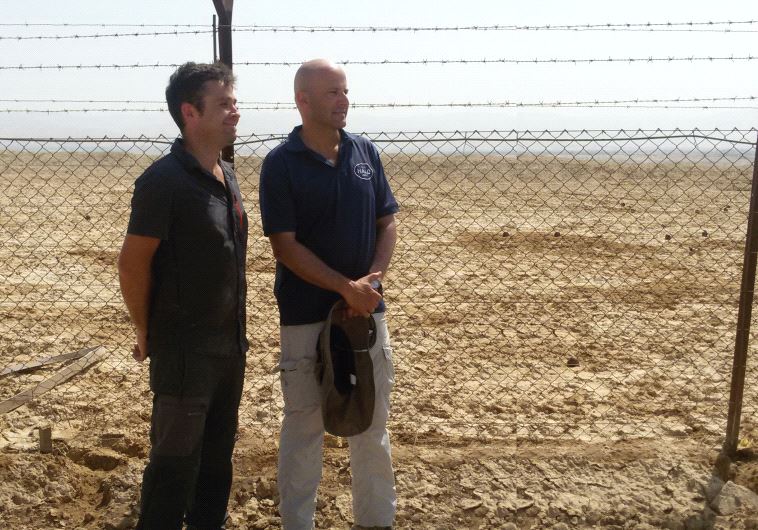