By YOSSI MELMAN
AUGUST 11, 2017 21:41
Syria's President Bashar al-Assad visits a Russian air base at Hmeymim, in western Syria
(photo credit: SANA/REUTERS)
Advertisement
Israelis still remember the trauma of the 1973 Yom Kippur War when Egyptian and Syrian armies surprised the Jewish state on its holiest day with a jointly coordinated military attack.For a day or two, the feeling among traumatized Israelis was that it was the end of the state. This was especially acute on the Golan Heights, where Syrian troops managed to take over almost half of the territory before they were stopped and repelled.

Israelis have since coined a term to describe an immediate danger posed by an enemy as “the Syrians on the border.” However, six and a half years into the Syrian civil war, this phrase should be changed to “the Russians on the border.”A new reality is emerging after the July 9 cease-fire agreement brokered by the US, Russia and Jordan to create safe zones or, to be more precise, “reduced violence areas,” along the triangular borders of Israel, Syria and Jordan. The major outcome of the talks is that Russia has been appointed to supervise the cease-fire and enforce it upon all the involved parties: the Syrian army, its Iran and Hezbollah allies and the dozens of rebel groups that fight the Syrian regime led by Bashar Assad but also fight each other.Israel did not take direct part in the talks, which were conducted at the level of senior officials, but conveyed by various back channels its concerns, demands and red lines. This was done in a phone call from Prime Minister Benjamin Netanyahu to Russian President Vladimir Putin, by Israeli military and Foreign Ministry officials to their American counterparts, and by the Mossad to Jordan.Israel’s major demand was that, in the safe zones near its border, there will be neither the presence of Iranian troops nor its Shi’ite mercenaries who come mainly from Afghanistan, Pakistan and Iraq nor Lebanese Hezbollah fighters, who are deeply involved in the fighting in Syria in support of Assad’s regime.To evaluate the situation, I recently asked Robert Ford, who served as US ambassador to Syria during Barack Obama’s presidency and is now a fellow at the Middle East Institute in Washington, his opinions on the new developments near the Israeli-Syrian border. 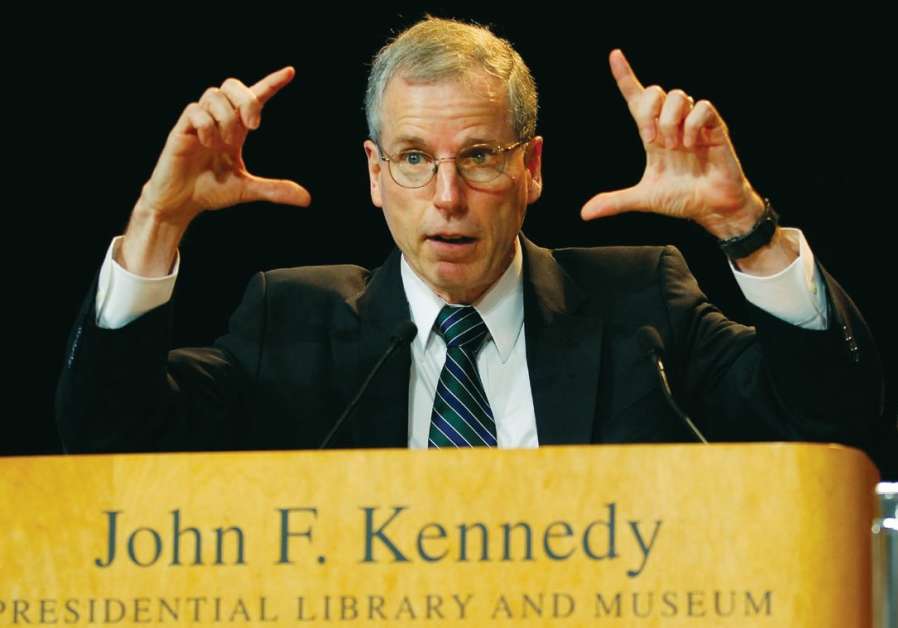 Here is our Q&A exchange by email: Is US President Donald Trump handing Syria to Putin? “During the election campaign, Donald Trump emphasized a theme of ‘America First.’ He rejected any interventionist policy to address human rights or help build democracy. His view of eliminating the Islamic State of Iraq and Syria was solely military action and then withdrawal. Trump doesn’t want the United States to get deeply involved in Syria after ISIS loses its territories.This policy has a lot of support among the American public.”Indeed, the CIA decided in June to end its covert program to train and arm moderate pro-Western rebels fighting against the Assad regime, a move long sought by Russia.The Washington Post reported that Trump has decided to end the CIA’s program, thus reversing the policy initiated in 2013 by the Obama administration. The US support was aimed at exerting pressure on the Syrian regime to force Assad to step down. But the CIA program was inconsistent, too slow and too little, and produced no results.Now, US military involvement in Syria will be confined to air strikes against ISIS targets. By ending the CIA program, the US is sending three simultaneous messages, the first being that it no longer seeks the toppling of Assad as one of its goals. Until three months ago, after the US launched a massive missile attack against Assad’s air base and air forces in retaliation for the use of chemical weapons, the impression created was that the removal of Assad was a US priority.The second message is that, after the Islamist fanatic group lost the city of Mosul in Iraq, the US is convinced the war against ISIS is in its final stages, even though it still controls parts of its “capital” ‒ the city of Raqqa in Syria.In that context, a senior Israeli intelligence source confirmed to me that, according to their information, ISIS founder and leader Abu Bakr al-Baghdadi is indeed dead. Nearly two months ago, Russia announced that al-Baghdadi was killed during one of its air strikes.The third message of the Trump administration is that it has agreed that Syria is and will be in Russia’s sphere of interest. All these dramatic developments were agreed upon recently in the meetings between Trump and Putin on the sidelines of the G-20 summit meeting in Munich, a few weeks ago.Should Israel and Jordan worry about Russian soldiers on the border? “Given Israel’s air power, it is unlikely Russian soldiers would ever attack Israel from Syrian territory. However, it is a fair question to ask whether the Russian government will be an impartial and fair observer ready to denounce and act against Iranian-backed militia and actions by Syrian government forces that break cease-fire or force-deployment agreements in the area. Russia may not view Assad as the best leader, but it views the Syrian government as an ally.”Will Russia stop Iranian influence near the borders? “Russia never before has denounced Iranian attempts to help Hezbollah by using [the] Damascus airport. There is no reason to think that it would do so now. Moreover, even if Russia did publicly denounce Iranian actions, or complain in private, Russian influence and leverage with respect to Iran’s relations with Hezbollah and other Iranian-backed militias is very limited. We cannot expect Russia to act strongly against Iran in Syria.”Is this bad news for Israel? “Indeed. The result of Russian and Iranian escalation in Syria, unmatched by the Syrian opposition’s foreign allies, is that Assad has won, especially with Iranian help. Russian help was very important, too, but the military manpower came from Iranian help.Iran, therefore, has greatly increased its influence and presence in Syria. The Russians can’t really control it.”Indeed, Israel is the first to realize and feel the growing Iranian presence near its borders. So far, Israeli pleas and demands that Iran not have any presence in the safe zones supervised by Russia have fallen on deaf ears. Contrary to the impression given by Netanyahu and Defense Minister Avigdor Liberman that their long courtship of Putin is paying off and that Israel and Russia are on the same page, the reality in the field is completely different.Israeli military sources told me toward the end of July that there were at least 300 Hezbollah troops on the Syrian side of the Golan Heights no more than five kilometers from the Israeli border, who are hosted on bases of the Assad army. So far, they have not been involved in any serious fighting against the anti-Assad, pro-Israeli rebel groups along the border Their mere presence, however, is potentially volatile in the future, increasing the risk that if the 11-year truce and quiet along the Israeli-Lebanese border is broken, the Israeli military may find itself fighting Hezbollah on two fronts. Such a scenario is an additional reason why Israel is providing humanitarian support – medications, medical treatment, oil, food and clothes to the Syrian residents along its border. By cultivating its “good neighbor” relations, Israel hopes the thousands of Syrian villagers will realize that having Iranian or pro-Iranian Shi’ite militias near their houses is contrary to their interests