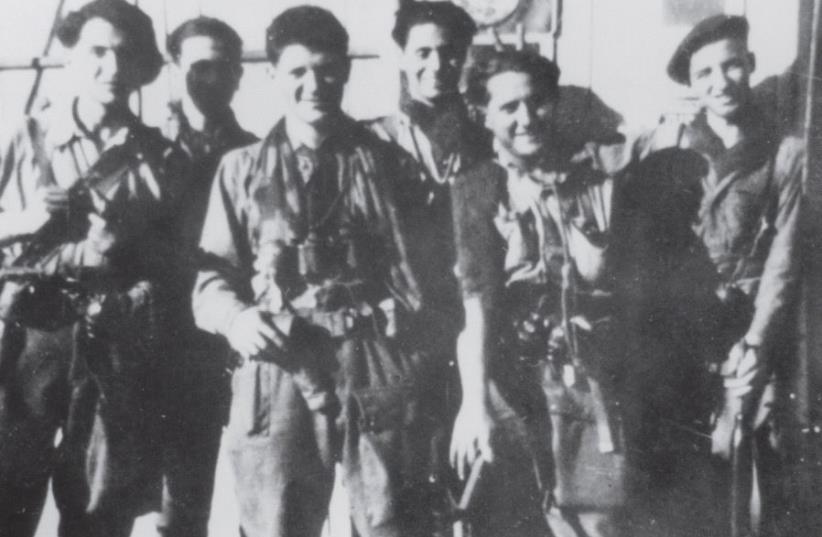 Norbert Beyrard (third from right) poses with fellow Free French paratroopers behind German lines in France, in 1944
(photo credit: SAS-FFL)
Advertisement
HOW MANY people in Israel know that the Israel Defense Force’s first long-range reconnaissance unit was made up of about 40 foreign volunteers ‒ not all of them Jews ‒ and that when they carried out their first operations behind Syrian lines in the 1948-1949 War of Independence, the only “real” Israelis among them were two liaison officers sent by army headquarters? Frenchman Norbert Beyrard, a key actor in of this largely forgotten episode, passed away on February 13 at the age of 91, in Divonne-les-Bains, an elegant spa town near the banks of Lake Geneva, on the border between France and Switzerland.Beyrard, originally Norbert Benchemoul, was born in the once populous, but now extinct Jewish community of then-French Algeria, on June 16, 1925.