Defense Ministry officials hope that after the two years of relative stagnation in weapons sales, the figures will rise in 2016. 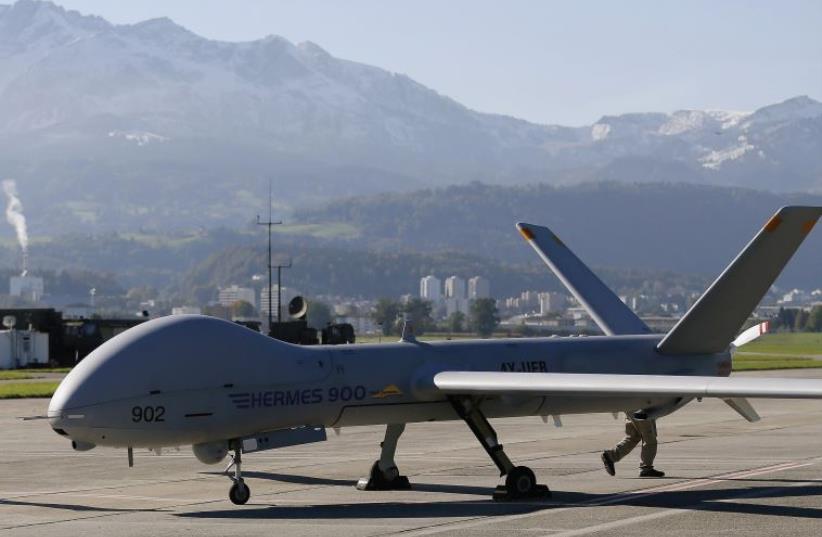 Israel’s Elbit defense contractor is aiming to supply at least 20 systems of its Hermes 450 and Hermes 900 drones, seen here during a presentation at a Swiss airbase
(photo credit: REUTERS)
Advertisement
IN EARLY April, the Defense Ministry published last year’s figures for weapon sales, which totaled $5.7 billion, almost the same as in 2014. This keeps Israel among the top 10 military exporters in the world even though arms sales comprise just six percent of its annual exports of goods and services.Nearly 40 percent of annual weapons exports are to Asia, in particular India, which is Israel’s second-largest single market after the US.Defense Ministry officials hope, however, that after the two years of relative stagnation in weapons sales, the figures will rise in 2016. In 2012 sales reached $7.4 billion.This hope is based on two recent major developments in India and Poland.