The evolution of Egypt-Israel relations: No longer a terrorist entity

Recent comments by the Egyptian foreign minister displaying an understanding of Israel’s security doctrine are yet another sign of warming ties between the countries. 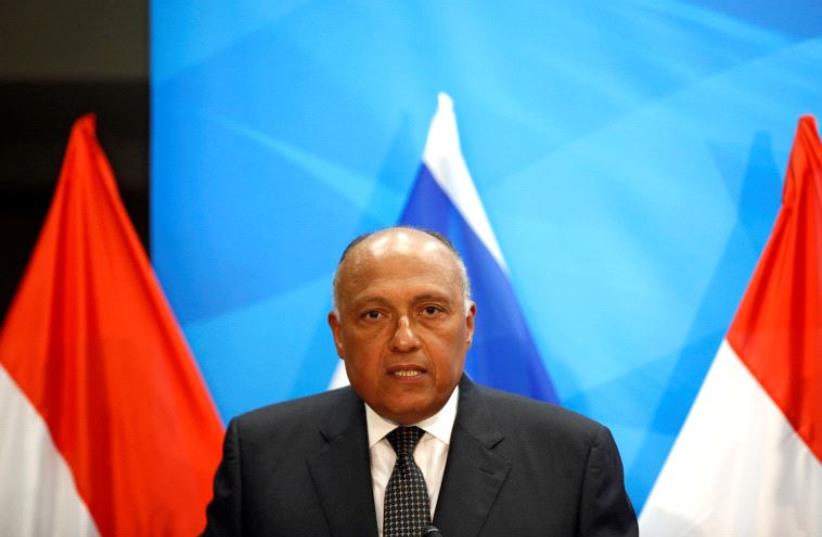 Egyptian Foreign Minister Sameh Shoukry
(photo credit: REUTERS)
Advertisement
THE EGYPTIAN foreign minister brought a breath of fresh air to the decades-long Arab-Israeli conflict when he stated unequivocally on August 21 that Israel could not be considered a terrorist state. This further step toward closer relations between Egypt and Israel resonated throughout the Arab world, where accusing the Jewish state of terror against the Palestinians is a basic propaganda tenet.Sameh Shoukry, meeting high school students in his office, was asked why Israel’s actions against the Palestinians were not considered terrorism. The exchange between the students and the minister was recorded and posted by the Egyptian Foreign Ministry on its Twitter account. His answer was factual and devoid of the accusations against Israel, which are automatic in the Arab world. He is quoted as having said, “You can look at it from the perspective of a regime of force,” going on to explain that “certainly in accordance with its history it has a society in which the element of security is strong.” And then he added something startling, “From Israel’s perspective, since 1948 that society had faced many challenges that have instilled in its national security doctrine its control of land and border crossings.”