The blessings and curses of Israel's 1967 victory

Five decades into the occupation, the world refuses to accept Israel’s presence beyond the 1967 lines, which continues to erode Israeli society and threaten its democracy. 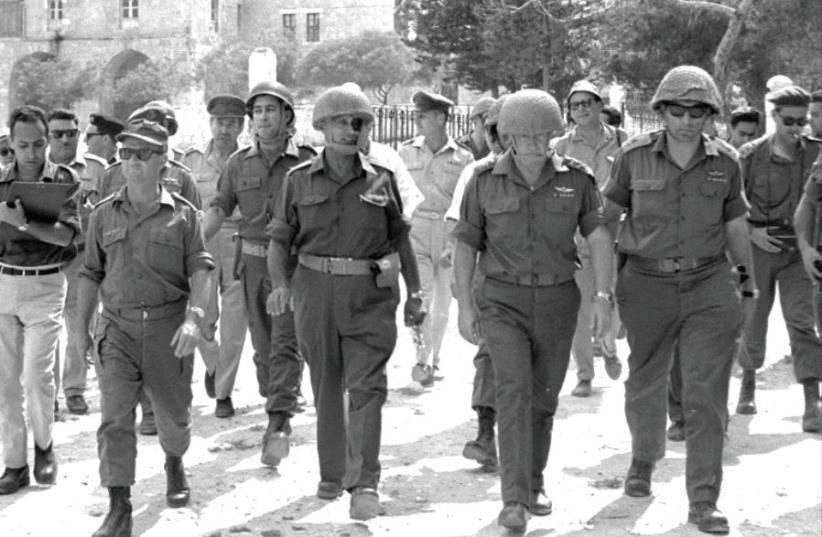 Defense minister Moshe Dayan and chief of staff Yitzhak Rabin (second right) in the Old City of Jerusalem, June 7, 1967
(photo credit: GPO)
Advertisement
FROM MY perspective, it would be a mistake to attribute the occupation of the West Bank to the Six Day War. Israel should have handed the territories over to the Palestinians in the framework of a peace agreement long ago. If we had left the territories immediately, we would have benefited from the fruits of victory rather than paying the price of war.There is, of course, an ongoing argument as to the necessity of superfluous provocations and the fact that some moves before the war resulted from the misunderstanding of our neighbors’ intentions. The bottom line, however, is that it was a defensive war that is not difficult to justify.

Yossi Beilin is a former minister of justice and Israeli statesman who has served in multiple positions in the Israeli government and was an architect of the Oslo process and the Geneva Initiative.