In 1974, after the Yom Kippur War, Israel and Syria signed the Disengagement Agreement, which was sanctioned by UN Security Council resolutions. 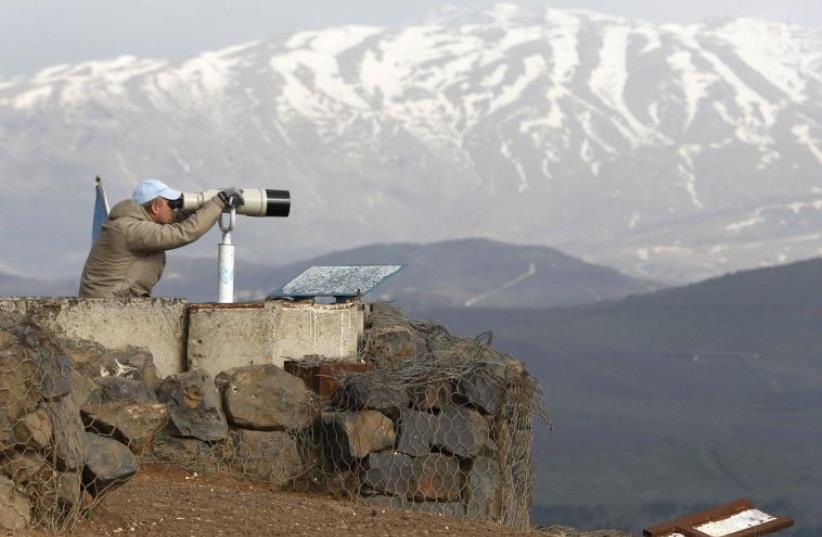 A member of the United Nations Disengagement Observer Force (UNDOF) looks through binoculars at Mount Bental, an observation post in the Israeli Golan Heights
(photo credit: REUTERS)
Advertisement
WHEN IT comes to Iran and Syria, Israel’s policy has three dimensions: grand strategy, strategy and tactics.Its strategy on Iran’s nuclear program was recently expressed by Prime Minister Benjamin Netanyahu in his meeting in Washington on the eve of the Jewish New Year with US President Donald Trump and in his speech at the UN General Assembly in New York.