A 'Jpost' column wrapping up the hottest Jewish culture news worldwide: Shabbat in Liverpool with a Miami Dolphins running back.

By LAHAV HARKOV
weekly schmooze 311
(photo credit: Courtesy)
Advertisement
Some people pray "nusach Ashkenaz," some pray "nusach Sephard," and others pray..."nusach Liverpool"? Shlock Rock, Judaism's answer to Weird Al, released an album called "Shabbat in Liverpool," adapting Shabbat services to the tunes of Lennon and McCartney. The band, whose albums consist mostly of Jewish-themed parodies of current pop songs, set classic Friday night and Saturday prayers like "Shalom Aleichem" and "Ein Keloheinu" to the tune of Beatles songs like "With a Little Help from My Friends" and "Let it Be." Here's a sample:Another sixties musical icon, Barbra Streisand, is in talks to star in a film version of Stephen Sondheim and Arthur Laurents' 1959 musical "Gypsy." Streisand would play Rose, the ultimate stage mother to burlesque star Gypsy Rose Lee. Laurents and Sondheim both confirmed to The New York Times that Streisand "wants to do it" and "a movie truly is in the works." Tom Hanks is rumored to be playing Streisand's love interest, Herbie, and bloggers have been pushing for "Glee" star Lea Michele (also part-Jewish, and a vocal Streisand fan) to play the title role and the receiving end of Rose's famous cry: "Sing out Louise!" Just for fun, we have a clip of Michele singing "Papa, Can You Hear Me?" from the Streisand vehicle Yentl, based on the Isaac Bashevis Singer story "Yentl the Yeshiva Boy."Do you like shopping at Urban Outfitters? Well, here's a reason to like the store even 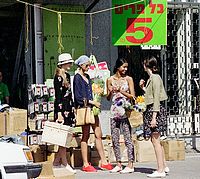 more. The trendy American chain, called "Urban" by its fans, shot its Early Spring 2011 catalog in Tel Aviv! Here's a shot with some prominently featured Hebrew. If only the store actually sold items for five shekels.As fashion blog pointed out, Urban "has a complicated relationship with Israel." In 2008, the store sold kefiyyehs, until Jewish blogs and organizations pressured Urban to take the scarves popularized by Yasser Arafat off their shelves. While you're shopping for the latest in hipster-chic at Urban, you might want to pick up a copy of this calendar. Twelve Jewish fraternity members at Cornell University posed for the "Nice Jewish Greek Men Calendar" to raise money for the campus Hillel. Although the Schmooze isn't sure if the $10 calendar is meant to be serious or a joke, it seems to have sold out. Maybe their sales will beat the Hanukka hit "Nice Jewish Guys 2011 Calendar." 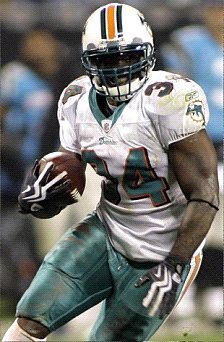 In sports news, Miami Dolphins running back Ricky Williams may want to join the tribe. According to The Palm Beach Post: "Lately he has been studying Hebrew and observing the Jewish Sabbath. He spends the 24 hours from Friday night to Saturday night relaxing at home and reading books." In a recent radio interview, Williams said he observes the Sabbath "to a certain extent.""I had to go to the hotel on Saturday, but I didn't watch television. I opened the bible and I read," he said, adding that he used his hot tub as a mikvah before Shabbat began. "I read that [the Sabbath] starts at sundown on Friday, and that right before sundown, [a Jew] traditionally takes a bath…I jumped in the hot tub and dipped three times." Williams explained that there is "something very pure" about Shabbat. "Even my thoughts shifted," on Shabbat, he said.Last but not least, we have paparazzi-magnet Lindsay Lohan. No, she's not Jewish, even though she had an Israeli girlfriend for a while. A TMZ photographer, in an attempt at a joke about the actress and leggings designer's many stints in rehab, asked Lohan "Mah Nishtana HaLayla HaZeh MiKol HaLeilot," or "Why is this night different than any other night?" The paparazzo fumbled the words, and the Mean Girls star had no idea what he was talking about:The Weekly Schmooze collects the hottest Jewish culture news from around the world. Ranging from celebrities to philanthropy to quirky communities, we're here to schmooze about Jews.
If you have any news to share with The Weekly Schmooze, write to: [email protected]