A group of young girls from the New York area are braving the rockets to do a summer internship at Reuth Medical Center.

By ARIEL ZILBER
Lauren Schechter and Dina Fleyshmakher are interning at Reuth Medical Center in Tel Aviv
(photo credit: Courtesy)
Advertisement
The average American high school teenager who chooses to spend part of his or her summer vacation in Israel would certainly be forgiven if the threat of Kassam rockets encouraged a quick exit and return stateside. If one thing has been proven during the course of the last three weeks, however,it is that a group of young girls from the New York area who came to do a summer internship at Reuth Medical Center, one of Israel's most established and venerable health and rehabilitation centers, are anything but average.“Yesterday we were at the pool when the siren went off,” says Dara Shulman, 24, who came to Israel from New Jersey in order to serve as a guide and counselor for high school kids interning at Reuth. “The feeling of having so many people running with you – kids, adults, it doesn't matter – and people are not panicking. They're even joking around in the shelter, and then they go back out, and it's fine. They go swimming. It doesn't faze them. In America, I would probably be panicking and nervous about my cousins and about my friends, constantly worrying whether everyone is safe. But being here as a Jew, it's great to be part of that, because we're not going to let Hamas interrupt our daily routine.” 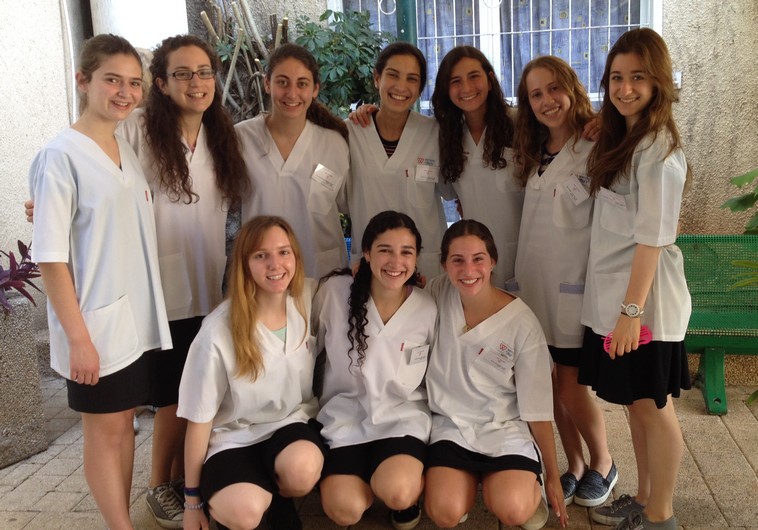