Summer is here and love's in the air. Brush up on your dating skills and check out these top 5 Jewish dating apps.

By ZOHAR FRIEDMAN
iphones R 311
(photo credit: REUTERS)
Advertisement
For most of us, the modern Jewish world doesn’t provide us with matchmakers, yentas or shidduhim, much less Jewish mothers who live close enough by  to effectively pressure us to couple, marry and have “some grandchildren,” as my mother whimsically puts it. However, should your mother feel generous and splurge on an app-store gift card, do her a solid and check out these top five Jewish dating apps. Then get married and have a few Jewish babies.The tried and trueWhen it comes to Jewish dating, no one has more name-recognition that Jdate (here for Android). Available to the majority of Jewish communities around the world, this app will particularly appeal to you globe-trotters. For those of you have been teetering on the edge, deciding whether or not online dating is for you, this may be the introduction you've been looking for. While using this app requires you to have a Jdate account—which is, unfortunately, not free of charge—Jdate arguably offers the largest and most well established network for those seeking Jewish-love. And, while the account might not be free, the app download is. 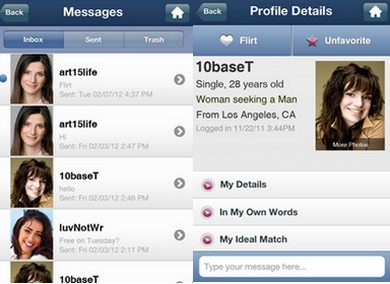 Cost: FreeSupported formats: iPhone, iPod touch, iPad, Android Jewish twist on the gentile spinThe creatively titled Jewish Dating app utilizes an online dating phenomenon called Dating DNA, but fine-tunes your results to yield Jewish matches only. Dating DNA is truly a very modern spin on online dating, seamlessly integrating into a variety of online social networks, including Facebook and Myspace. After answering a number of questions and completing your profile, you'll receive a 9-digit dating serial number, which will evaluate your compatibility with a huge network of (Jewish!) daters. Best of all, joining and downloading is free. 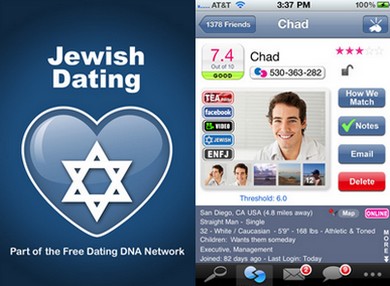 Cost: FreeSupported formats: iPhone, iPod touch, iPad One-sided AtlanticLimited to those of us on the far side of the Atlantic's American coast, Jewish American Singles will offer you a more local, home-style approach to online dating. With its mission to help members of the Jewish American community meet and marry, JAS envisions itself as the antidote to the pitfalls of modern online dating (as well as your mother's new best friend). We recommend you download the app, give their free trial a go, and see if there are any members of the tribe in the neighborhood also looking for love. 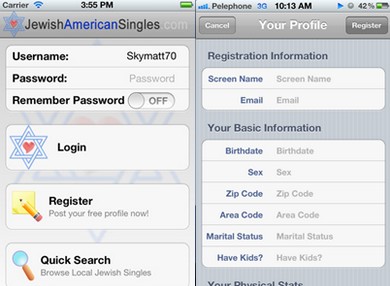 Cost: FreeSupported formats: iPhone, iPod touch, iPad After the dating is doneSo you've met Mr. or Ms. Nice and Lovely and Polite on one of the aforementioned dating mediums. You've gone to restaurants, planned picnics, weekend trips, introduced each other to family and friends, and slowly, slowly, slowly, you've started to entertain the question: Is my Mr. or Ms. Nice and Lovely and Polite also Mr./Ms. The One?Believe it or not: There's an app for that. Meet Love Destiny, a compatibility test designed to let you know if your beloved is a good marriage candidate. Don't fret: Should the test-results disappoint, the app recommends a light 40 day reprieve from dating where you study select portions of the Torah and Jewish study. We're crossing our fingers for you. 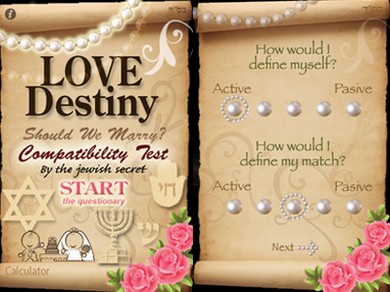 Cost: $0.99Supported formats: iPhone, iPod touch, iPad To the alter, Hassidic styleSave the glitz and glam for the actual ceremony, because while it's informative, this app takes the more bare-bones approach to letting you know everything you need to know about your Jewish wedding ceremony.  The Wedding Guide app was produced by the Lubavitcher community to give you all the information you need about Jewish wedding customs and traditions, related prayer and halaha. No matter what your level of observance, this free app will help you bring a bit more tradition to your Jewish wedding. 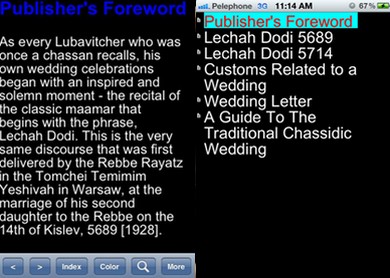 Cost: FreeSupported formats: iPhone, iPod touch, iPad  Appaholic is a bi-weekly column which thematically reviews mobile apps with a Jewish or Israeli twist. If you have an app to suggest, send details to [email protected]Follow @JPost_Lifestyle