Stay warm and healthy this winter even on the chilliest days. Try these "hot" winter snack ideas.

By KATHRYN RUBIN
The flavor of chilies 370
(photo credit: REUTERS)
Advertisement
Whether it be a steamy bowl of soup or a hot cup of tea, we all have our tricks for keeping warm during winter. However, winter is also the most common time to catch a cold or come down with the flu. So, here is a list of five foods to keep you both hot and healthy this frosty season. Sprinkle on some hot peppersHot Chocolate is always a tempting treat after a few hours in the cold, but what about hot peppers? Capsaicin, the substance that gives hot peppers their pungent flavor increases thermogenesis – a process that helps to boost the metabolism to turn food into energy faster by stimulating circulation. As a result, the peppers raise our internal body temperature, and make us feel warmer. Chili peppers are also a fantastic source of the immune-boosting Vitamin C, which help ward off those nasty colds. Capsaicin in chili peppers has also been show to help relieve headaches, including those brought on by clogged sinuses. Pour on the ginger

Probably the most widely used and available herb on the planet, ginger hardly receives the credit it deserves. For centuries people have used ginger root to help ease sinus congestion. While there is no conclusive evidence, it’s believed that the herb may promote mucus drainage. Moreover, as a natural (and powerful) anti-inflammatory, ginger may help to reduce swollen sinus membranes to assist in clearing sinus passages and reducing sinus pressure. Its anti-inflammatory properties may also help to ease chest congestion, which is also caused by inflammation bronchial tubes. Ginger has also been shown to help relieve stomachaches and nausea, both common side effects of the flu. But what about making us feel warm on a bitter cold day? Well ginger helps to improve circulation across the body, making you feel warm from the inside. Sip some green teaGreen tea has gotten a lot of attention over the years for its amazing health benefits. Loaded with antioxidants, the tea has been found to help fight cancer, but what about cold and flu?On top of mopping up free radicals that can attribute to cancer and cardiovascular disease, green tea’s antioxidants also boost the immune system. In fact a study published in Journal of the American College of Nutrition showed that subjects taking a special preparation of green tea as a capsule experienced 23 percent less instances of coming down with the cold or flu. 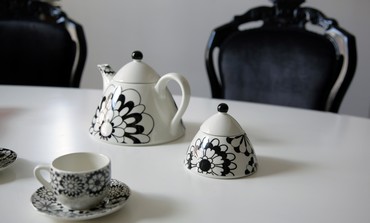 Now it would make sense that sipping on a hot mug of green would warm us up, but green tea has been proven to be more effective than some other hot beverages. Preliminary studies have found that green tea helps to boost the metabolism and stimulates the thermogenic process. Munch on some baked applesThe phrase “an apple a day will keep the doctor away” is most definitely overused – but there is definite truth behind it. Loaded with antioxidants, vitamins and fiber, apples help to ward off many different diseases including a case of the sniffles. 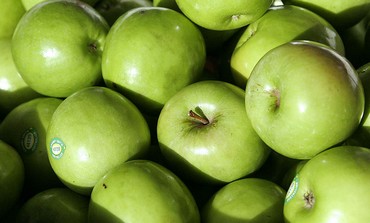 Unlike in the summer, most of us have less access to a large variety of vitamin loaded fruits; however, apples are the one fruit that you can pretty much buy any season. Now to turn your regular apple into a favorite winter treat, why no bake it? Sprinkle some cinnamon on it for some additional disease fighting substances.  Cuddle up with a bowl of chicken soupOver the years have been many myths about good old chicken soup – that it fights off diseases, that’s its better than antibiotics etc. How much of this is true is still up for debate. While no clear study has found that chicken soup does indeed possess some magical disease fighting properties, some research has indicated that chicken soup may indeed help to reduce nasal congestion and ease inflammation in the upper respiratory track. 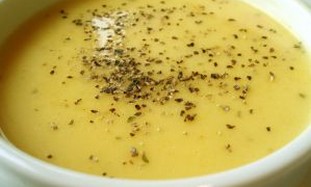 Now even if that is not the case for you, there is no doubt that a bowl (or two) of chicken soup will leave you feeling warm and cozy on a chilly day. Follow @JPost_Lifestyle