Has Strauss Water found the solution that the world needs to find clean drinking water?

By JOSEPH SHERMAN
MAY 13, 2013 15:37
Strauss Water CEO Rami Ronen
(photo credit: Courtesy)
Advertisement
As an MBA student in China, I was awestruck with the Great Wall of China, and impressed by talented entrepreneurs who were driving its economy to new frontiers. For all our differences, we had so much in common.Over one billion people around the world, including 300 million in China also share something in common - they lack safe drinking water.Building on Israel's long tradition of making the desert bloom, researchers at The Weizmann Institute and Hebrew University of Jerusalem developed MAZE. The revolutionary  water purification technology that makes easy and affordable purifier water.Other water purifiers use several different devices to purify water, whereas the Maze purifier integrates all purification phases into one device. The system removes metals, bacteria and organic material. 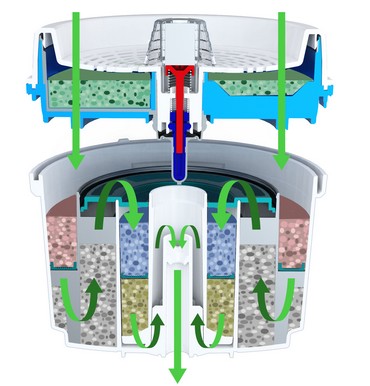 How the water purifier works
Diagram of how the water purifier worksIn order to take the technology from the laboratory to the world, the team sold MAZE to Strauss Water. Could this be the solution that the world needs to find clean drinking water? To find out, I spoke with Rami Ronen, the CEO of Strauss Water.For the past six years Ronen has been looking for ways to take the purifier global, spending much of his time in China. Motivated to improve people's lives by providing quality water, Ronen sees more that just making a financial profit. "The people who are behind the technology want to do something bold in business, and also to do something good.  Water purification improves the lives of people.  It is a fast growing segment, and a major issue globally." At the same time, the purifier saves tons of plastic bottles from reaching the landfills. Ronen explains that the purification system is used in four to five hundred thousand households in Israel, serving about two and a half million people. Before using the MAZE system, families would buy bottled water. Now they simply fill their glasses at the sink.Ronen asks: "Do you know how many  plastic water bottles are thrown away each year?  Do you know how many plastic bottles we save from the landfills?"Insights into successRonen attributes much of his success to teamwork with wonderful people. "We work in teams, it is always a group effort. We have a multidisciplinary team of people from science, engineering, and marketing." Regarding Israel as the Start-Up Nation, Ronen notes that people usually think of the high-tech sector, but they take it for granted that every home has running water despite the challenge  that most of Israel is a desert with limited freshwater resources. "We have a strong tradition of innovation in water technology and business development." Ronen has an eye on China but his goal is more than just building a great business. Last year Strauss Water formed a partnership to develop a purifier for the Chinese market, which will make it the first Israeli brand to be sold as a retail product in China.  "It makes me proud to see our product on sale in Shanghai.  It makes me proud to see Chinese using Israeli made water purification devices." Advice for the next generation of innovators Ronen advises young innovators and entrepreneurs to be passionate and daring innovators.  "You don't innovate in a place where you are comfortable."He also encourages innovators to make room for failure as part of the process. "If you don't let people fail then they will not try. The Start-Up Nation is about taking risk.  You must know that risk has a downside. People associate risk with success, but it also includes failure."He challenges entrepreneurs to shift their focus from North America and Europe towards Asia. "China and India will be the biggest consumer markets in the world."Regarding overcoming the massive size, new language and competition of the Chinese market, he explains, "It is a long term play that takes time to penetrate. You need to know the right people and how to do your business. What you see is not what you get.  You need to read between the lines." Like the team of Israeli innovators who experimented until their water purification system worked, Ronen experiments in entering the Chinese market. Perhaps the most amazing sight in modern China will not be massive factories or skyscrapers, but rather a glass of clean water that began with the need to make Israel's desert bloom.