Every image that is worth showing to the world should be the best that we are capable of, says photography expert Tom Langford.

By TOM LANGFORD
Camera 370
(photo credit: Reuters)
Advertisement
Tom Langford is an event and commercial photographer, professional retoucher, and a website designer.I feel very lucky to have started my photography career in the days when images were captured on film. Black-and-white negative films were very popular with enthusiasts and the only way to see pictures was to print them using an enlarger and trays of chemical solutions in a darkroom.Because it took skill and creativity to make even one decent print, photographers were rightly proud of their efforts. From this I learned one very important lesson: Every image that is worth showing to the world should be the best that we are capable of.When I embraced the wonderful convenience of digital photography, I simply adapted my skills to the new technology and used a “digital darkroom” to work on each image. I have found, however, that computerization does have a down side: Most enthusiasts today no longer know how to craft a fine image – they often accept the instant results straight out of a digital camera and don’t trouble themselves to improve upon automation. Convenience has triumphed over creativity.How to improve an imageHere is an image, direct from a digital camera. It has potential, but it’s simply not good enough to show to anyone without first working on it. 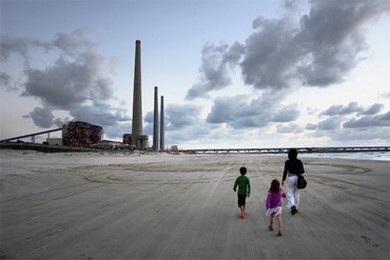 CourtesyThis looks somewhat flat. There is a sense of drama that could be emphasized with a little digital darkroom work: First open it up in Photoshop. It’s called the “Background” layer. 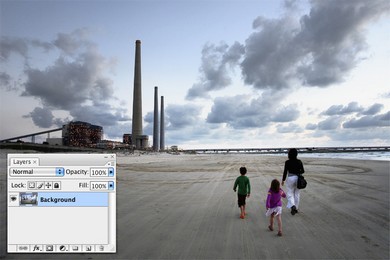 CourtesyThen add a Curves Adjustment layer on top of it: Layer > New Adjustment Layer > Curves, and use this to brighten the whole image. The small box on the adjustment layer is called a Layer Mask. Filling this with black will completely mask the added brightness: Edit > Fill > Black. 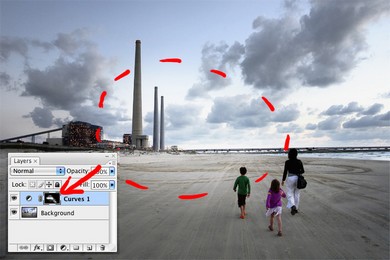 CourtesyChoose a soft-edged brush with white as the Foreground Color, opacity 50 percent, to brush white back into Layer Mask to brighten up only the area that I have indicated. The edges of the image need to be darkened: To do this, add another Curves Adjustment Layer, use it to darken the whole image, then fill the mask with black to completely hide this adjustment. Use the brush again to add white to the Layer Mask to reveal the adjustment and so darken the border areas. 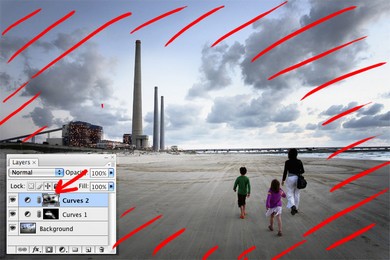 CourtesyAs is illustrated, this adds a greater sense of atmosphere and drama. Here again is the finished picture. 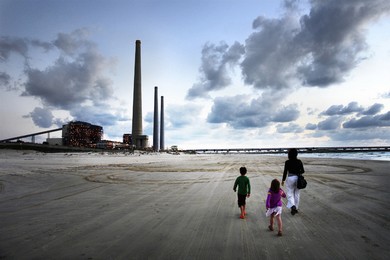 CourtesyI have used digital means to alter areas of brightness and darkness just as I would have done to a print I was making in a chemical darkroom.This sort of basic improvement is the very least you can do to any image that is worth showing to others. With practice it only takes seconds to add a little sparkle to your pictures. In future articles I will show you other refinements that are essential to make your images stand out from the crowd.

Constructive Feedback: Aspiring photographer can send pictures to be used in future articles for constructive feedback.  Send one picture only, at a small size to suitable for emails to [email protected]Not sure how to send a photo by email at a small size? Look at this Brief Guide to Picasa:  www.langford.co.il/courses/PicasaGuide.htmlTom Langford is an Event and Commercial photographer, website designer, and professional retoucher. Details of Tom Langford’s photography courses at: http://www.courses.langford.co.il. Event Photography: http://weddingseventsisrael.com. Commercial Photography: http://www.langford.co.il
Advertisement
Subscribe for our daily newsletter