Former directors of Israel’s internal security service discuss how the country must respond to the murders of Palestinian toddler Ali Dawabsha and Jerusalem teen Shira Banki. 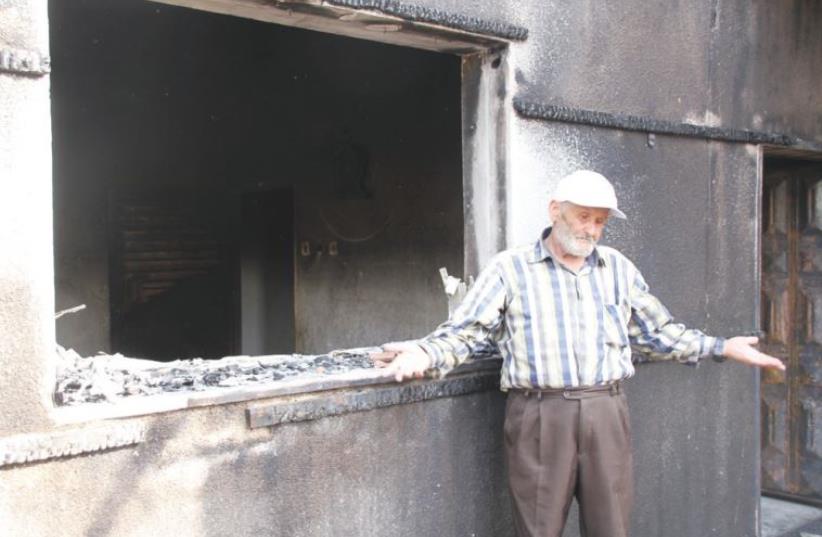 RASHID DAWABSHA stands outside his son Mamoun’s torched home in the Arab village Duma on Sunday
(photo credit: TOVAH LAZAROFF)
Advertisement
‘We need a new lexicon in Hebrew and so we need to add ‘Jewish terror’ to the dictionary,” Ami Ayalon, the director of the Shin Bet from 1996 to 2000, says in a deliberate manner, choosing each word carefully.He has a baritone voice and a clear passion for this issue. “Maybe, maybe, maybe, the murder last week will wake us up to the fact that it is not a hate crime, it is not ‘wild weeds,’ it is terror and it is Jewish terror. It seeks to change the government,” he says, referring to the killing of Ali Dawabsha in the Palestinian village of Duma.Since the burning of the Dawabsha home and an adjoining residence on the night of July 30, Israeli society has been convulsed by internal soul-searching.