Remains of the day

The Caesarea National Park is a place where you can take a journey back in time to ancient days and also watch a beautiful sunset. 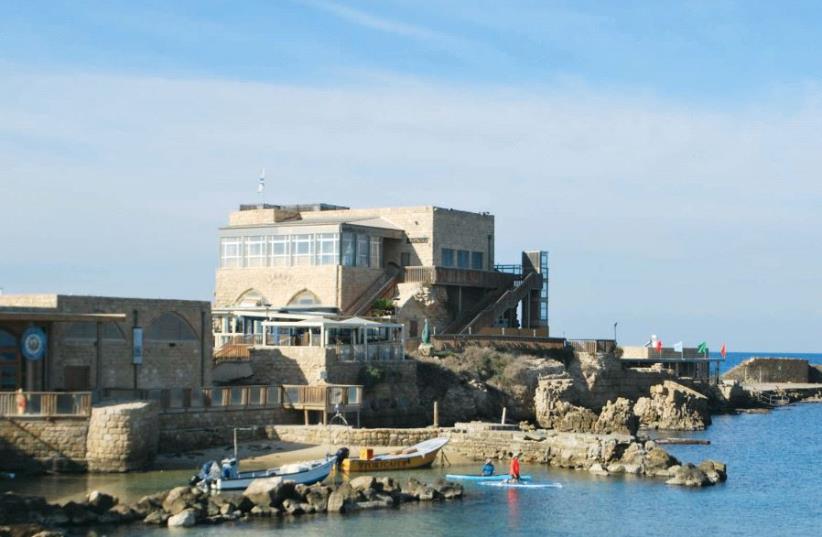 The ancient port of Caesarea
(photo credit: MEITAL SHARABI)
Advertisement
Even if spending the day at historical tourist sites is not your favorite pastime, there are a few locations in Israel that everyone should visit at least once. And not all trips involve long car rides and extensive walking. You can hike in a nature reserve, or just go out into the forest for a fun picnic.The Caesarea National Park is a place where you can take a journey back in time to ancient days and also watch a beautiful sunset.Built by King Herod, the ancient port of Caesarea receives dozens of local and foreign visitors every single day. It’s one of the most important archeological sites in Israel, even though most of its treasures have not yet been uncovered. Researchers are discovering new buildings and artifacts all the time, which means that every time you visit the site, you will see new attractions.
Read More...
Caesarea was built by Herod in 30 BCE on land he received from, and named after, his patron: the Roman Emperor Caesar Augustus. Herod went on to build an impressive city and one of the largest ports in the region.Not surprisingly, Caesarea was considered the most important port city in the entire Middle East, and many visitors passed through its gates. Today, its archeological design still manages to excite and surprise even amateur architects and archeologists.After being a center of Christianity for six centuries, Caesarea came under Arab rule with the Muslim conquest, then was taken over by the Crusaders in the 12th century and by the Mamelukes in the 13th century.There are artifacts on the site which attest to each of these time periods.Recently, the Rothschild Caesarea Foundation and the Caesarea Development Corporation joined forces with the Israel Nature and Parks Authority to make the park more accessible to the public.Artifacts are being discovered all the time, such as vaults that have been lifted out of the sea, which apparently were reconstructed during the Byzantine period. The remains of these vaults are currently being restored.The vaults are built from bricks, which the Romans were famous for using. The Romans, who perfected the brick-making process during the first century of their empire, were well known for their love of arcades, and were the first to develop this construction method. In Caesarea, each arch rises to well above seven meters and is 20 meters long.A total of 14 vaults have been located in Caesarea, but only a few of them have been excavated.If it’s been a few years since you last visited the site, you’ve probably not seen any of the new discoveries, such as a staircase that has recently been uncovered. If you visit on a weekday, you’ll be able to catch a glimpse of Antiquities Authority archeologists hard at work on site.The vaults are not the only impressive discovery of recent excavations. Just two years ago, the nymphaeum, which was originally discovered in 1961, was finally restored. It is decorated with a replica of a sculpture of Hygeia, the goddess of health, cleanliness and hygiene. Over the years, a number of statues of Hygeia have been exposed in Caesarea, and the last one was found during the storm of winter 2011.The nymphaeum was a public water fountain which was located at the center of the ancient city of Caesarea and was used for drinking purposes, beauty and as a place for major gatherings. The fountain, located at the confluence of the port and the city’s main road, used to be the center of a bustling commercial center and market place.Along the promenade, warehouses and shipyards were uncovered, and an ancient synagogue – called The Great Revolt Synagogue, which was most likely used around the time of the Bar-Kochba Revolt, is currently being excavated on site.I recommend joining a tour of the Ramparts Walk, which are remains from the Crusader period, and will soon be open to visitors. In the 12th century the Crusaders made great efforts to dominate the Holy Land, so they began fortifying walls which they could walk on top of. The Caesarea Ramparts, which are similar to walls that surround Jerusalem and Acre, are 2,200 meters long, eight meters high and three meters thick. There are also 15 watchtowers scattered along the length of the walls.Of course, the sites listed above are only a few of the new attractions you can see at Caesarea. I didn’t even mention the better-known structures, such as the Hippodrome, which was used for chariot races and had 10,000 seats; Herod’s magnificent palace, with its luxurious pool; the theater with 4,000 seats; and the Roman baths.There are plenty of cafés, galleries and shops, where you can rest and relax after touring. And as you’ll find in every self-respecting museum, visitors are welcome to watch a short film depicting the history of the city and port.Many people don’t know this, but underneath the port there is an underwater archeological park.If you don’t mind donning scuba gear, you can dive down and take a guided tour of the remains that have sunk and are still trapped underwater. LOCATION: CAESAREA
LENGTH: HALF A DAY
SEASON: ALL YEAR
LEVEL OF DIFFICULTY: EASY, APPROPRIATE FOR FAMILIES
TYPE: INCLUDES LOTS OF SHORT WALKS
HANDICAPPED ACCESS: PARTIAL
PRICES: ENTRY FEE OF NIS 14 DOES NOT INCLUDE SHOWS, THE HIPPODROME OR THE THEATER.
EXTRA ACTIVITIES: CHILDREN NIS 24, ADULTS NIS 39Translated by Hannah Hochner.