The soldier in the Mukhabarat: Saddam Hussein's trove of Jewish artifacts

Tewfik Boulenouar describes his awakening to the sacred in a place of evil, with the discovery of startling Jewish artifacts. 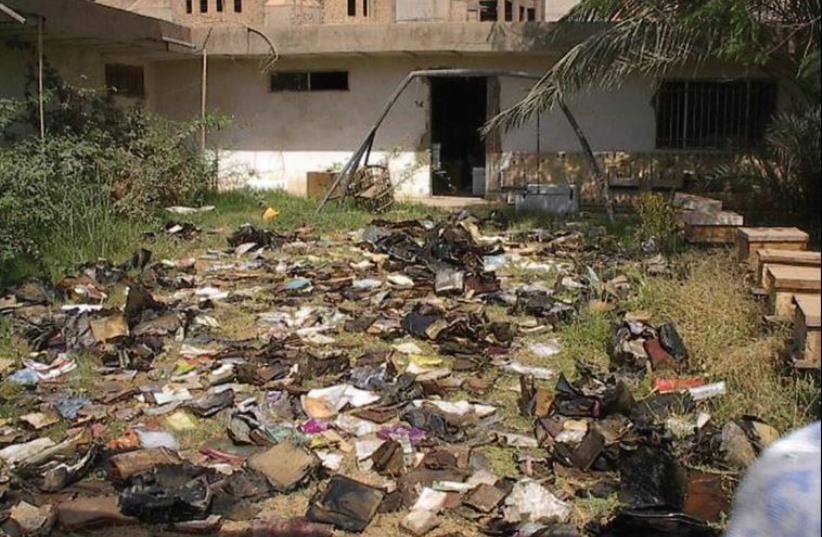 Materials strewn outside the Mukhabarat, Saddam Hussein’s intelligence and secret police hub
(photo credit: US NATIONAL ARCHIVES AND RECORDS ADMINISTRATION)
Advertisement
It was May 2003. The place, Baghdad.The MET-Alpha task force, searching for evidence of weapons of mass destruction, stood outside the Mukhabarat – the offices of Saddam Hussein’s intelligence center and secret police.The building had been bombed and the whole structure was shaky; indeed, a huge bomb had cut through its floors and lay half-buried and unexploded just outside. Looters were still inside, ripping out whatever they could take.The plumbing had burst; the basement was flooded with water and sewage.

A Mukhabarat official had secretly approached the Iraqi opposition leader, Ahmed Chalabi, and asked for a promise of safe passage in exchange for information about what lay in the basement. He said that two rooms dedicated to intelligence about Israel and the Jewish community in Iraq held a huge trove of historical documents, including a 7th-century Torah scroll.The scroll was there – and much, much more. There were thousands of documents illustrating centuries of Iraqi Jewry’s history. Saddam Hussein had taken them by force from the synagogue where they’d been stored for safekeeping.Chalabi immediately turned to Harold Rhode, then the Coalition Provisional Authority liaison to the Iraqi opposition. 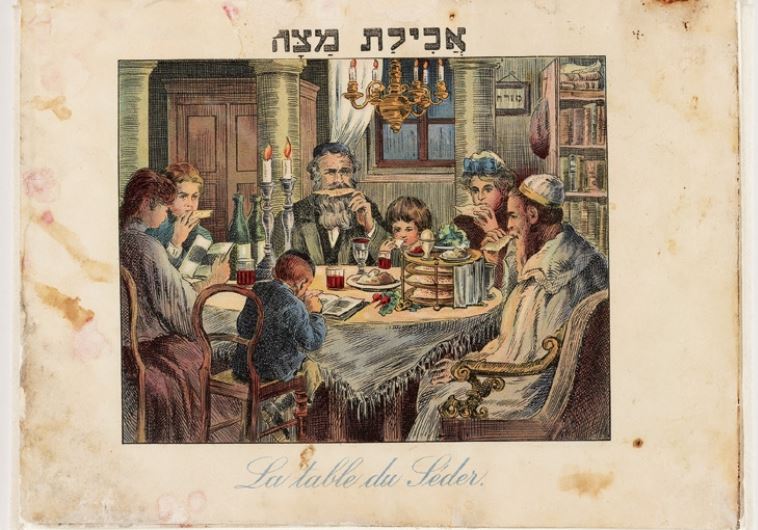 Together with three soldiers – Chief Warrant Officer Richard “Monty” Gonzales, reservist and interpreter Tewfik Boulenouar, and Sergeant First Class Lou Diaz – and several journalists, they ventured into the flooded basement.“We went down there, and from the stairs we saw the flooding,” says Boulenouar in a recent telephone interview.Gonzales waded in and led the way.“It was funny the way Gonzales did it,” recalls Boulenouar with a chuckle.“He chose Diaz, who was a specialist in WMDs. And he said, ‘And you, Tewfik, because you’ve got a big mouth.’ I was always glued to his side, because of my fluent Arabic.”Boulenouar was 48 when he was sent to Iraq as a translator. An American citizen since his twenties, he’d grown up in Morocco and Algeria.“My parents were Algerian, political exiles in Casablanca. They were wanted by the French because they were activists for Algerian independence. After independence in 1963, we left Morocco and moved back,” he says.“In Casablanca, I lived in a building with French, Moroccan, Italian and Jewish people,” he adds. “Everybody spoke French and Darija, the local Moroccan dialect. We were a close-knit community, so I experienced a mixture of people from an early age.”Boulenouar has fond memories of a Jewish babysitter, a woman who lived across the hall.“In her home, I was really exposed to Jewish culture. I saw their menorahs, sat with them at their festival meals. What I really remember, more than anything,” he admits, “was the food.”He has lived in the US since 1974, serving in the army as a paratrooper.After 9/11, he explains, “I felt I had to reenlist as a reservist. I was 48, divorced, with two daughters, the younger only five. I got called up and was deployed to Iraq as an Arabic interpreter. I had to do all kinds of things. Once, my team was stuck in a crazy traffic jam in Baghdad. I was the one with the Arabic, so I got out and started directing the traffic so we could get out of there and move on.”It was a risky thing to do, as the man in the American army uniform was an easy target as he stood in the thick of a traffic snarl.A few months later, Boulenouar found himself in the Mukhabarat basement.“The water was up to our waists. It was filthy with sewage, and even dead animals floating in it,” he says. 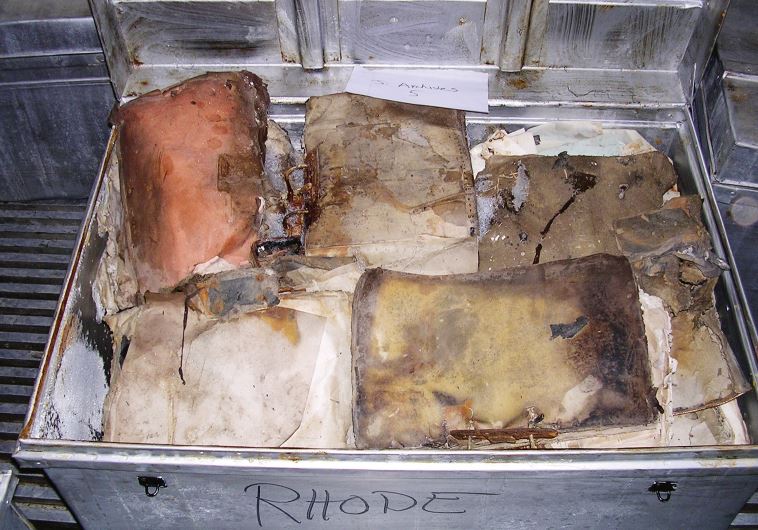 “We examined each room,” he goes on, “and finally found the one where the Jewish artifacts were, at the end of the corridor. I was first inside. When I saw what was there, the books and objects, I was stunned. I just stood there in the water, looking at everything, shocked. There were books, manuscripts, menorahs, sacred objects. Things plundered from yeshivas and synagogues, and probably from people’s homes. I felt a tremendous sadness. How could they do that to a whole community? I suddenly had this vision of a giant hand buried inside the chest of a Jewish person, grabbing his heart, then tearing it out. I kept thinking, Why?” He took several objects, one an old manuscript, and brought them to Rhode.“He was waiting for me at the top of the steps,” he says. “I handed them to him. He looked at the manuscript and said, ‘Oh my God, this is from the 1500s.’ There was also the Torah scroll from the 7th century. He was almost in tears. You could tell.”Among the waterlogged books and ancient documents was something else, something sinister – metal cases full of records about the Jewish population of Iraq.“That give me a chill in the back of my spine,” Boulenouar says somberly.“It was documentation on the Jews living in Iraq, everything filed and organized like the Nazis did it. Every detail: where each Jew was born, where they lived, where they studied and worked. Personal photographs, hospital records. The Mukhabarat had the community under surveillance. They were making sure that none of them were spying for Israel.”Rhode and Chalabi arranged to have the water pumped out of the basement, and hired workers to take out what could be recovered.“We took the books and documents out to the sun, set them out on the ground and guarded them. Harold [Rhode] commandeered an airplane and had them sent away for restoration. I had this sense of loss and sadness when the books left,” Boulenouar says.“When I returned home, I read The Gifts of the Jews by Thomas Cahill, which opened my eyes further to the many great things Jews have given the world,” he says.“Likewise, I felt that I’d been given a gift – a full sense of what it means when something is kadosh – sacred. Rescuing Jewish holy books was a spiritual experience, something that changed me. It made me view the world differently. I’ve become kinder; have a greater sense of what it is to be part of the human family. That was a gift I was given: the ability to empathize. I felt closer to my Jewish friends when I came back, although I couldn’t explain it at the time.”Boulenouar says he’s still secular, and also a realist. 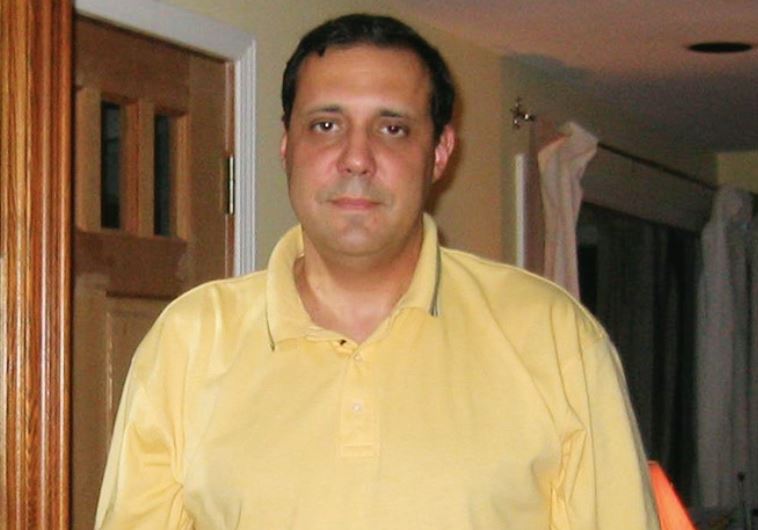 “I’ve seen what evil does. What was done in the basement was evil. But this experience awakened something buried in me for a long time: a sense of the sacred. It consumes me; there’s not a single week that goes by without my thinking of it. It was one of the seminal experiences of my deployment in Iraq,” he states.“The evil people in the world have to be fought and won over at the same time. There’s too much hatred out there. I don’t see peace in the future,” he says. “But our duty in life is to constantly try to establish bridges.”The Jewish community files were rescued with the rest of the artifacts, counting over 2,700 books and thousands of documents whose dates span the 16th century to the 1970s. The restored materials have been gathered together as a curated collection; some are now on exhibition, touring the US.“I’d like to see the exhibit; I’d love to see the objects again,” Boulenouar concludes.“The question is, where should they end up? There are less than 10 Jewish people left in Iraq, if that many. Why should the books go back to Iraq? The only place they’ll be safe is in Israel.”Rhode’s and Chalabi’s rescue operation required massive physical efforts, string-pulling and utmost speed. The Iraqi government was doing nothing to retrieve the precious trove from destruction.The Culture Ministry finally agreed to let the documents be taken abroad on condition that they be returned after their restoration.The question now remains: to whom do these documents, letters, rare manuscripts and personal papers that illustrate hundreds of years of Iraqi Jewish life and were obtained by theft, really belong? Should they remain in the US, which invested $3 million in their restoration, or should they be moved to Israel, where most of their owners, or their descendants, now live? Or should they be placed back in the hands of the Iraqi government? In the meantime, the archive is remaining in the US.The exhibit of the restored articles may be viewed online at www.ija.archives.gov/.
Advertisement
Subscribe for our daily newsletter