Analysis: 20 years on, a thorn in Jordan’s side is removed

During his prison term, Daqamseh expressed pride for his actions and was publicly praised by his mother. Even Hussein Mejalli, Jordan’s justice minister at the time, called him a hero. 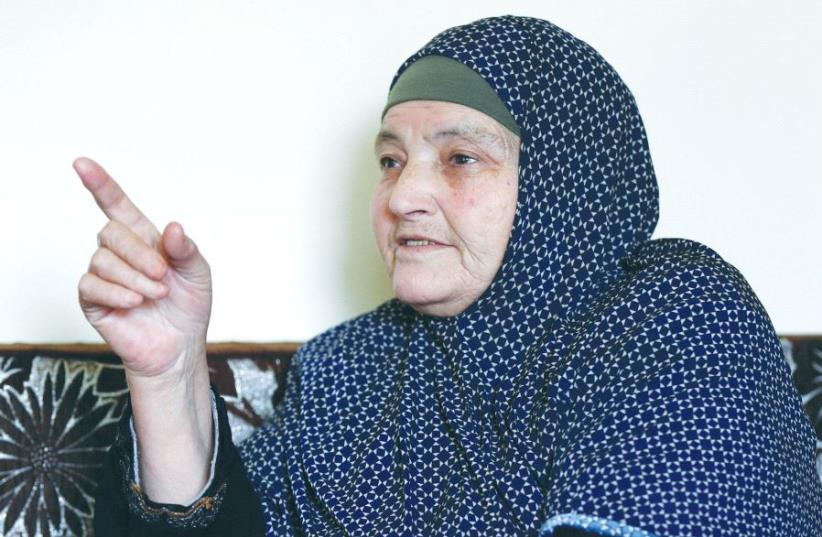 KAMLEH DAQAMSEH, mother of the Jordanian soldier convicted of killing seven Israeli schoolgirls in March 1997, speaks to the media at her home in the village of Ibdir yesterday after her son’s release
(photo credit: REUTERS)
Advertisement
By freeing soldier-killer Ahmad Daqamseh, the Jordanian authorities removed a serious hurdle that haunted them for many years and was a thorn in their relations with Israel.While his release has caused agony and brought tragic memories to the surface for the victim’s families, for Israel and its security establishment the release closes an ugly chapter and cleanses the atmosphere.During his prison term, Daqamseh expressed pride for his actions and was publicly praised by his mother. Even Hussein Mejalli, Jordan’s justice minister at the time, called him a hero.While the majority of Jordanians disapproved of the 1997 attack and expressed sympathy for the schoolgirl victims – King Hussein traveled to Israel to pay his respect to the bereaved families – Daqamseh became a hero to some Jordanians who oppose normalization and peace with Israel.
Jordanian soldier who killed 7 Israeli school girls released from prison (credit: REUTERS)
During the time he was jailed, Daqamseh was an anti-Israel magnet, attracting support from radical groups in Jordan that used his case as a pretext to bash not only Israel but the Jordanian regime for its special relation with the Jewish state. That point of contention against Israel and Jordan has now been removed.The relations between Israel and Jordan are considered of strategic importance for the two countries, which have enjoyed 23 years of peace and relative calm at their borders, but not enough trade.At the heart of their relations there is a close military, security and intelligence cooperation that goes back decades. The military and security establishments have found common ground in fighting radical Islamist groups, such as Hamas, which has tried to establish underground cells on Jordanian soil to carry out terrorist attacks against Israel.Another common enemy is ISIS, which despite its recent defeats in both Iraq and Syria maintains a presence on the triangular border between Israel, Jordan and Syria.But what is really of greater concern for the Israeli government, as well as for the Hashemites who have ruled the country since its creation nearly 100 years ago, is the question of the domestic stability of the kingdom.The Jordanian economy and social fabric have deteriorated in the last two decades due to the massive waves of immigrants and refugees, first during the US wars against Iraq in 1991 and 2003 and more recently from the influx of nearly one million refuges of the Syrian civil war. Despite endless pleas by King Abdullah and his officials, backed by the Israeli government, neither the Western nations nor Saudi Arabia and the Gulf Emirates provide the promised funds to help Jordan to deal with this crisis.Due the sensitivity of the issue, Israeli leaders and officials refrain from speaking publicly about the future and stability of their neighbor to the east, but privately they express growing concern about it.And still, as far as experts can estimate, it seems that there is no immediate threat to the regime. One important reason is the knowledge that Israel will do everything possible to keep the House of Hashim from being toppled.For years, and even more now, Israel has perceived Jordan as its buffer zone, while the Hashemite Kingdom sees Israel as its best guarantee to stay in power.