The wider issue is the linkage of armed groups in southern Syria to the Syrian regime, Iran’s IRGC and likely to Hezbollah. 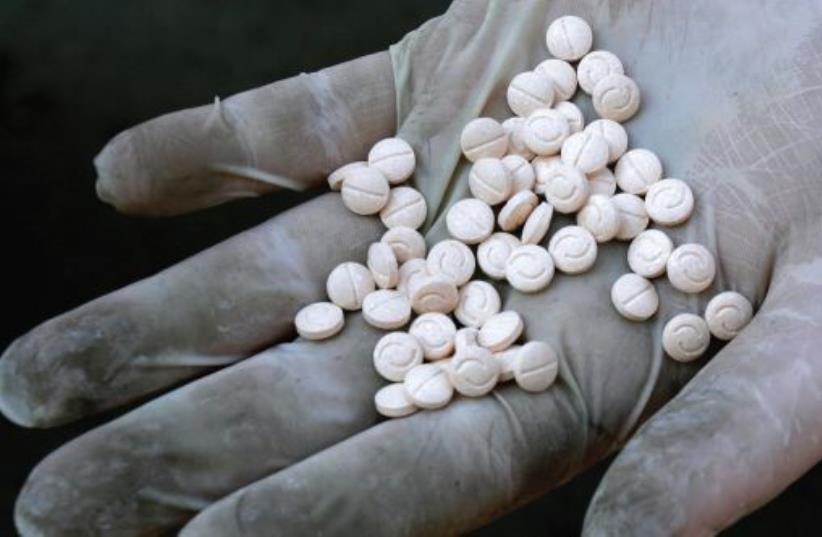 The increasing power of the drug trade linked to the regime of Bashar Assad has begun to raise concerns in the region. This was clear from a BBC article detailing the way that Jordan is fighting an “undeclared war” against drug traffickers.

The growing threat of the Captagon drug trade has been detailed by Caroline Rose at New Lines Institute over the last years. (Captagon is the brand name of the addictive amphetamine-based drug generically known as fenethylline.) Her pioneering work on this issue is important, as the increased focus on the drug trade in media and by countries in the region have made that clear.

Along with Alexander Soderholm, Rose wrote in April 2022, “Over the course of 2019, 2020 and 2021, investigative reports and law enforcement systems identified that many of the largest Captagon interceptions have originated from sites that only can be accessed by Syrian Army personnel and high-level government officials, members of the Assad family’s inner circle and, as of recently, the IRGC [Islamic Revolutionary Guard Corps].”

Meanwhile the BBC notes that Ian Larson, a Syria analyst for the Center for Operational Analysis and Research, a Cyprus-based consultancy, said, “The areas in which Captagon production is most pronounced are those controlled by the Assad regime and close familial relations of the regime.”

The amount of money pouring into this trade is estimated in the billions. For a poor regime like Syria, or for Iran, this is big bucks.

Jordanian soldiers stand guard during the Jordan's Prime Minister visit to the border crossing at the Jordanian city of Mafraq, near the border with Syria, Jordan July 1, 2018. (credit: REUTERS/MUHAMMAD HAMED)

“The pills regularly show up in ports, airports and at crossing points – often expertly hidden. They have been found inside containers of machinery and fruits – even fake ones. The Jordanian authorities have released footage of them being removed from animal carcasses,” the BBC noted.

What matters now is how the drug trade is potentially harming Jordan.

“Skirmishes between the Jordanian military and drug traffickers are becoming more frequent, with larger hauls being made,” the BBC reported. The drugs reportedly transit Jordan on their way to the Gulf. “The most dangerous thing we’ve noticed recently is the presence of armed groups alongside the smugglers,” Jordanian Col. Zaid al-Dabbas told the BBC.

The wider issue is that the linkage of armed groups in southern Syria to the Syrian regime, Iran’s IRGC and likely to Hezbollah, creates a nasty network that may be running drugs in one direction for funds, but can use the same networks to run weapons and exchange the funds for weapons.

Consider, for instance, that these networks not only threaten Jordan but operate in areas near the US base at Tanf in southern Syria. That base is near the Jordanian border. Iranian assets in Syria, led by the IRGC, have targeted the base in the past using drones. It is likely that Iran will increase pressure on US forces in Syria.

Iran would like Tanf Garrison removed so its network of drug trade militias can also move weapons in southern Syria. Those weapons could include drones, precision-guided munitions, ballistic missiles or other threats. That means the wider context of the drug problem plaguing weakly governed areas of southern Syria, is that Iran is entering the vacuum and could use this as cover for moving other types of threats around the region.

Jordan’s foreign minister echoed the concerns as well, according to reports, saying that protecting al-Aqsa Mosque and the identity and character of Jerusalem, as well as its Islamic and Christian sanctities, is a priority for Jordan.

These twin issues – the drug trade that is becoming more organized on Jordan’s northern border and tensions in Jerusalem – represent concerns for the kingdom. From the standpoint of regional security, this is an issue that involves Iran because Tehran seeks to inflame tensions in Jerusalem by backing Hamas, and it appears it is seeking to move drugs from Syria to the Gulf to empower its militias.