The 1951 Libyan constitution, was considered to be highly progressive at the time of its approval, particularly with regard to women’s rights

A girl holds a Libyan flag during celebrations marking the third anniversary of Libyan National Army's ÒDignityÓ operation against Islamists and other opponents, in Benghazi, Libya May 16, 2017
(photo credit: ESAM OMRAN AL-FETORI/REUTERS)
Advertisement

Libya’s Crown Prince Mohammed El Senussi told The Media Line in a recent interview that while the political landscape in Libya has undergone significant changes since dictator Moammar Gadhafi’s coup against King Idris I in 1969, the 1951 constitution has become particularly relevant in the current context.

Since the fall of Gadhafi’s regime in 2011, the crown prince, the grandson of Idris, who ruled the country from 1951 to 1969, has been active in promoting the idea of a constitutional monarchy and has been seen as a potential leader for the country. The crown prince is now conducting a series of diplomatic engagements with global leaders from both Western and Arab nations.

Because Libya possesses substantial natural gas reserves, it recently has become a focal point for global attention, particularly since energy supplies have shrunk due to the Russo-Ukrainian War. However, the political situation in Libya remains unstable and conflicts between various factions persist. Efforts to establish a functioning government and hold parliamentary or presidential elections, as previously promised, have thus far been unsuccessful.

The ongoing power struggles in Libya have resulted in the emergence of two competing governments, each claiming legitimacy as the rightful presidential authority. This instability and lack of a functioning state continue to impede progress and hinder the country’s ability to effectively address its citizens’ needs.

Given current circumstances and Western interest in Libyan resources, some have proposed that this presents an opportune moment to revisit and implement the Libyan constitution of 1951. This document served as the foundation for the establishment of the Libyan state following World War II and the end of the Italian occupation. 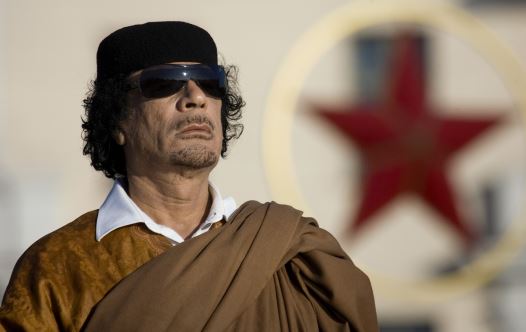 The 1951 Libyan constitution was considered to be highly progressive at the time of its approval, particularly with regard to women’s rights. The document granted women the right to vote and hold elected office, even before some European countries, such as Greece and Switzerland, extended such rights to all adult female citizens. This made the Libyan constitution one of the most advanced in the region in terms of women’s rights and gender equality.

El Senoussi further stated that the current situation in Libya is akin to being lost in the desert and that in order to find a way out of this predicament, the country must return to the point from which it deviated. He believes that this means re-establishing the royal house and returning to the principles upon which the state was founded. He asserts that this is the only way to restore order and stability in the country and move forward in a positive direction.

The crown prince said his proposal to restore the monarchy should not be viewed as an attempt to return to the past but rather as a starting point for a new era in Libya. The monarchy he envisions, he says, will be like the constitutional monarchies in countries such as the United Kingdom and the Netherlands.

Under this system, the king will serve as the supreme commander of the armed forces, which will be a people’s army, and will appoint a prime minister following democratic elections for the parliament. Representation in the parliament will be inclusive of all political ideologies and populations within Libya, ensuring that the government is representative of the entire nation.

It is worth noting that while many Arab countries experienced significant political upheaval during the Arab Spring, the monarchies in the region remained largely unaffected. These countries have even seen an increased sense of national identity and pride. Countries such as Jordan, Saudi Arabia, and Morocco are examples of this trend, where the monarchies have grown stronger and more resilient in the wake of the Arab Spring.

The crown prince also emphasized that he was open to working with all factions in Libya, regardless of their political or ethnic affiliations. He stressed that his family, the El Senoussi family, has a long and respected history in the country, and is not aligned with any particular tribe or group. Rather, it is viewed as unifying and inclusive, with widespread support among all segments of the population. He believes that this position of neutrality and inclusiveness will enable him to effectively lead the country to stability and prosperity.

When asked about the potential fate of members of the Gadhafi family if he were to assume the throne, El Senoussi said that as Libyan citizens, they have the right to live in their country without interference. He emphasized that any actions taken toward members of the Gadhafi family would be in accordance with the law and constitution. He also clarified that neither he nor his family has any desire for revenge, despite the atrocities Moammar Gadhafi committed against them, including the confiscation of their assets, exile from the country, and the desecration of family graves. He explained that he has been living in London since the 1990s and that his family has been denied the right to return to their country.

Libya is currently facing a challenging situation characterized by repeated failed attempts at reconciliation and the involvement of numerous external parties. These include Russia, through the presence of the Wagner group of mercenaries, Turkey, through their deployment of Syrian mercenaries, France, and the United States, as well as Arab countries such as Qatar and the United Arab Emirates. This intervention has only served to complicate the situation further, resulting in chaos and dual loyalties, and ongoing conflicts between various factions. The proposal to restore the monarchy under El Senoussi’s leadership has gained increasing traction in recent years. The crown prince has been invited to visit several Arab countries, with his most recent visit to the UAE being particularly successful.

The crown prince said that he maintains positive relations with a significant portion of the Libyan population and that there have been numerous calls from Libyan citizens for him to return to the country and assume power. He also mentioned that a survey conducted by an American research institute found that 35% of Libyan citizens were not opposed to the return of the monarchy under the 1951 constitution, which he sees as an encouraging figure. Additionally, he mentioned that more surveys are currently being planned by international research institutes to assess the growing support for restoring the 1951 constitution.

A source in the US defense establishment who spoke to The Media Line on condition of anonymity said that representatives of the crown prince had recently held a series of meetings at the US State Department to discuss his proposal to restore the 1951 constitution and the monarchy. Meetings with senior European officials have also taken place, and it has been reported that these meetings were successful, with a significant level of interest in the 1951 constitution being expressed. Various plans and potential solutions for achieving broad acceptance of this proposal among Libyan citizens were discussed during these meetings.

It is also worth noting that following the fall of the Gadhafi regime, the various factions in Libya committed to drafting a new constitution. A special committee whose members continue to receive salaries to this day was established for this purpose. Despite this, no agreement has yet been reached on a new constitution for post-Gadhafi Libya. Western sources have indicated that the 1951 constitution has been revisited as a potential solution for the current political crisis in the country.