Syrian army sends aerial and artillery attacks against rebels in the suburbs of Damascus. 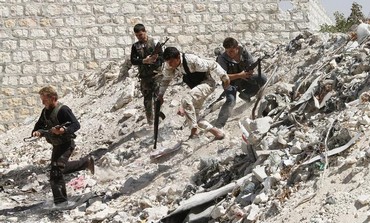