Begging in the kingdom soars during the month of Ramadan and the Hajj pilgrimage season. 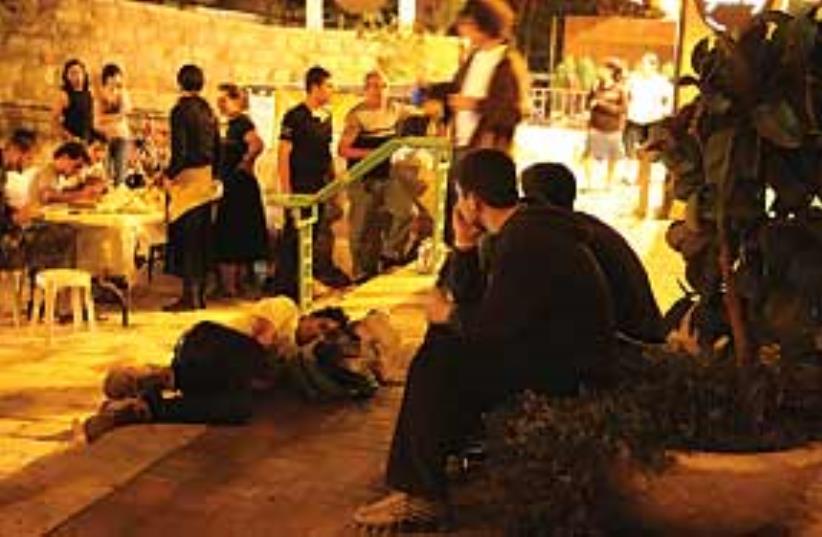 During the Hajj pilgrimage season, Muslims from around the world flock to the two holiest cities in Islam, Mecca and Medina. At the same time, the number of child beggars is also expected to soar, say Saudi authorities.One Saudi child shelter, located in Jeddah, has had 6,000 child beggars deported since its foundation seven years ago, reported the daily Arab News.The shelter is run by the Al-Bir Welfare Society, which belongs to the Saudi Ministry of Social Affairs. This year alone, the shelter has handed over for deportation 363 foreign children out of 411 placed in their care.The Al-Bir Welfare Society runs four orphanages in the city of Jeddah, housing a total of 300 children.“The children we receive are picked up at traffic lights and intersections,” Ahmad Bassoudi, head of media and marketing at the Al-Bir Welfare Society, tells The Media Line. “They are taken advantage by gangs to collect money. Most of these gangs are not local, but Nigerian or Yemeni.”The shelter, which receives the beggar children from Saudi authorities, houses and teaches the children while their parents are located through their country’s embassy or consulate, Bassoudi explains.“If the parents are located abroad, the children are sent away and united with them. However, if the parents are in Saudi Arabia, they must sign a pledge prohibiting them from ever begging again.”Research conducted by UNICEF in 2007 found that up to 50 percent of child beggars in Saudi Arabia entered the country with their parents. Bassoudi says foreign beggar children are kept separate from Saudi orphans. Between 78 and 87 percent of beggars in Saudi Arabia are foreign citizens according to statistics published by the Saudi Ministry of Social Affairs.Saudi authorities arrest 3,500 Yemeni children a month, smuggled into the kingdom to work or beg, reports Muhammad Al-Ajmi, a researcher at the King Abdul Aziz City for Sciences and Technology.Begging increases in the kingdom during the Hajj pilgrimage season and during the month of Ramadan when it is customary to give charity.Forty-six child beggars were arrested in the Saudi capital last Ramadan, Fawaz Al-‘Asiri, head of the Riyadh bureau for combating begging, a branch of the Ministry of Social Affairs, told the Saudi daily Okaz. Al-‘Asiri said that his bureau deals only with Saudi beggars and foreigners under the age of 16, whereas Saudi security authorities are in charge of adult foreign beggars.The Saudi policy of deporting beggars has greatly contributed in reducing the phenomenon, Al-‘Asiri told the newspaper.  Lara Hussein, chief of child protection at UNICEF’s Gulf office, says cooperation between governmental and non-governmental agencies is also contributing to solving the problem of child beggars. “At UNICEF we try to provide children with a protected environment,” Hussein tells The Media Line. “We collaborate with local NGOs to ensure that the deportation of these children is done with a human rights approach.”

“This demands cooperation between government authorities such as the police, the Ministry of Justice and even the Ministry of Health. It’s quite a complex process.” “Concrete steps have been taken thanks to cooperation between Yemen, Saudi Arabia and UNICEF,” she says. “We hope that the memorandum of understanding will be signed soon between the two governments to tackle this issue.”
Advertisement
Subscribe for our daily newsletter