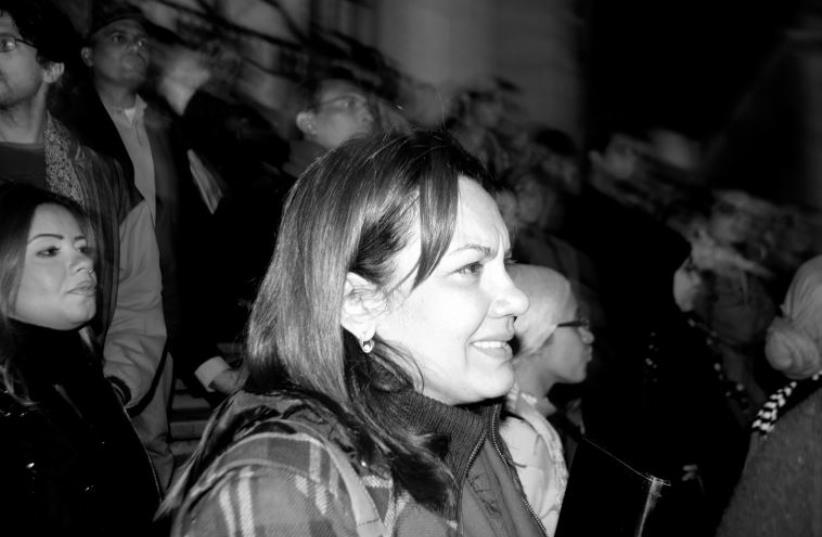 Egyptian presidential candidate Bothaina Kamel
(photo credit: Wikimedia Commons)
Advertisement
Egyptian journalist and former presidential candidate Bothaina Kamel condemned the Tel Aviv shooting at the Sarona complex on Wednesday, saying "What's heroic about entering a restaurant and shooting people who are dining there?" The series of tweets, translated by MEMRI (Middle East Media Research Institute), criticized those in the Arab world who praised the attack on social media. Kamel's tweets sparked outrage on Twitter among Arab speaking Twitter users, who claimed that the attack against Israeli civilians was in response to Israel's policies of "occupation", "expelling of people from their homeland" and "starving of men, woman and children." Kamel replied that while those were indeed "great crimes," she added that "responding to one crime with another does not mean that the [one who responded] did not perpetrate a crime." "Sadly, the weapons mafia is leading the world, and mankind is paying the price. There is no choice but to end this cycle of evil," she wrote in a final tweet.Kamel's response comes in stark contrast to other responses within the Arabic social media community who were quick to praise the terror attack. Palestinians expressed their joy on social media, where they created the hashtags “#Carlo Bullet,” after the name of the improvised submachine gun used in the attack, and “#Operation Ramadan” to laud the horrendous terror shooting.Another popular hashtag on Palestinian social media networks was “#We broke the fast killing them,” referring to the fact that the two gunmen broke their Ramadan fast in the restaurant where they later shot people.Following the shooting, Salma al-Jamal, a Palestinian news anchor working at Al-Jazeera TV, wrote on her Twitter page: "The Ramadan operation that took place today is the best answer to stories we have been hearing about 'peace process' that some people are trying in vain to revive."    Still, not all reactions from the Arab world praised the attacks. Dahham al-Enazi, a member of the Saudi Journalists Association, also condemned the shooting in a series of remarks on his Twitter page."The Tel Aviv attack is terror and thuggery. Our solidarity and support for the Palestinian people does not mean that we accept the killing of innocents and civilians. We would like to extend our condolences to the families of the victims," Enazi said."I will keep saying that killing civilians and innocents in the streets as happened in the Tel Aviv attack is terror. Even if it happened in the streets of Tehran or Isfahan it would be terror," he concluded.

Maayan Groisman contributed to this report.