Iran has repeatedly rejected accusations by the West of human rights abuses. 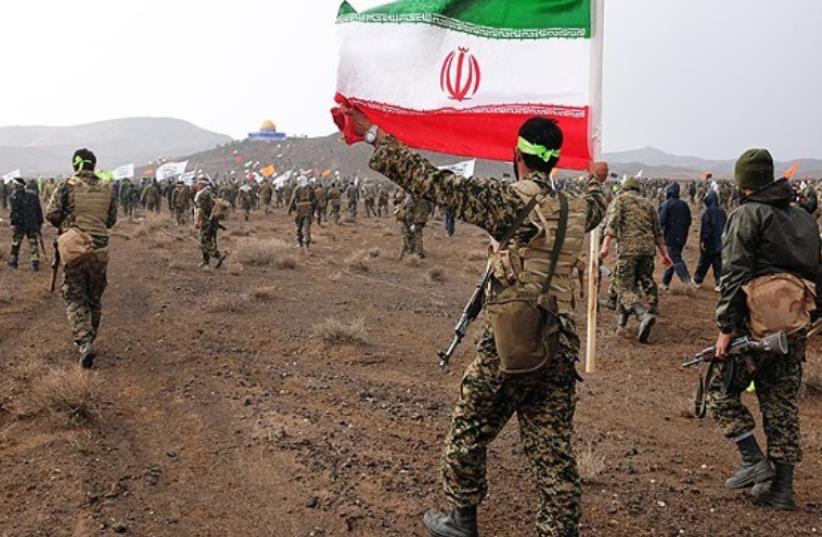 Thousand of Basij soldiers stage mock seige of Temple Mount in Iran
(photo credit: FARS)
Advertisement
The European Union has imposed sanctions on eight Iranian militia commanders and police chiefs, including the head of the elite Revolutionary Guards, over a deadly crackdown in November 2019, the bloc said in its Official Journal on Monday.
The travel bans and asset freezes are the first EU sanctions on Iran for human rights abuses since 2013 and their preparation was first reported by Reuters last month.
The bloc, which also hit three Iranian prisons with asset freezes, blacklisted Hossein Salami, head of the Revolutionary Guards, the most powerful and heavily armed security force in the Islamic Republic.
"Hossein Salami took part in the sessions that resulted in the orders to use lethal force to suppress the November 2019 protests. Hossein Salami therefore bears responsibility for serious human rights violations in Iran," the EU said.
About 1,500 people were killed during less than two weeks of unrest that started on Nov. 15, 2019, according to a toll provided to Reuters by three Iranian interior ministry officials at the time. The United Nations said the total was at least 304.
Iran has called the toll given by sources "fake news".
On March 9, the U.N. special rapporteur on the situation of human rights in Iran, Javaid Rehman, presented a report saying Tehran used lethal force during the protests and chided it for failing to conduct a proper investigation or failing to hold anyone accountable.
Other individuals targeted with EU sanctions, which take effect on Monday, include members of Iran's hardline Basij militia, who are under the command of the Revolutionary Guards, and its head Gholamreza Soleimani.
Iran has repeatedly rejected accusations by the West of human rights abuses.