Prosecutor Daniel Bellemare is the only person who knows results of investigation into 2005 assassination, 'Asharq al-Awsat' reports. 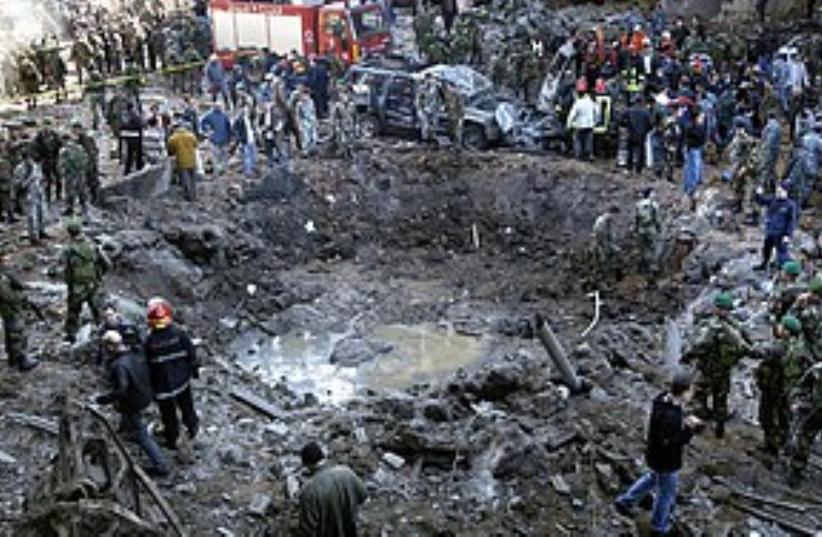 Hariri assassination 311 AP
(photo credit: Associated Press)
Advertisement
The UN-backed tribunal into the 2005 assassination of former Lebanese prime minister Rafiq Hariri has finished its investigation after six years and publishing the indictment is all that remains, London-based newspaper Asharq al-Awsat reported Monday.According to the report, prosecutor Daniel Bellemare reached a final decision that will be very hard to appeal.RELATED:
Arab World: Hizbullah's throne of bayonets
Khamenei: Any Hariri findings by int'l tribunal invalidBellemare is the only person that knows when the verdict will be published, the report claimed.Last week, it was reported that Lebanese Prime Minister Sa'ad Hariri would ask the UN tribunal to stop its investigation and leave the country.Lebanese newspaper Al-Diyar had quoted Hariri as saying that he would resist any indictments handed down by the tribunal, saying "I have sacrificed a lot and cannot sacrifice more."Tension over the tribunal has paralyzed Lebanon in recent weeks amid speculation Bellemare will indict members of Hizbullah for the 2005 assassination.
Advertisement
Subscribe for our daily newsletter