Wrestler Alireza Dabir was denied a visa for entry into the US.

Alireza Dabir of Iran waves his country's flag after winning the gold medal match in the 58kg category of the freestyle wrestling events at the Sydney Olympics October 1, 2000.
(photo credit: REUTERS)
Advertisement

The US state department barred the head of Iran’s national wrestling federation, Alireza Dabir, who called for  “Death to America” with violence, from entering America for a slated dual meet between the US and Iranian national wrestling teams on February, 12 in Arlington, Texas.

The Iranian regime-controlled Fars News reported on Tuesday that Dabir, a wrestling coach and a wrestler were not granted visas by the US state department. Fars News is affiliated with Iran's Islamic Revolutionary Guard Corps, a US-designated terrorist organization.

“Death to America” getting Alireza Dabir, Iran’s wrestling chief from coming to America. He also defends war criminal Gassem Soleimani in this video. @UnitedForNavid is the voice of Iranian people who never support a terrorist & refusing to say death to America.@sardar_pashaei pic.twitter.com/hWhuP49Gt0

The Jerusalem Post in January  reported that Dabir holds a US green card and urged the violent destruction of the US. Dabir said that the dual meet will be cancelled if he is not issued a visa. Dabir claimed after the media reports about his US green card that he returned the immigration  card.

Sardar Pashaei, the former head of Iran’s national Greco-Roman wrestling team, told Post on Tuesday that “We, the athletes who left Iran because of all the discrimination against us, were shocked when we saw the words of Alireza Dabir, so we immediately asked the USA Wrestling to cancel the competition. Unfortunately, the USA Wrestling acted very poorly in this regard. They were completely silent. “

Pashaei, who manages the United for Navid campaign, which is devoted to securing justice for the executed champion wrestler Navid Afkari, added “ At the same time, we asked the US government not to issue visas to those who say death to the United States.  We are glad that the American authorities did not allow anyone who propagates hatred and enmity, and invites people to support a wrong policy, to enter American territory.  We are sending a letter to the US State Department today, reiterating that those who climb over the US embassy wall or say death to America should not be allowed to enter.” 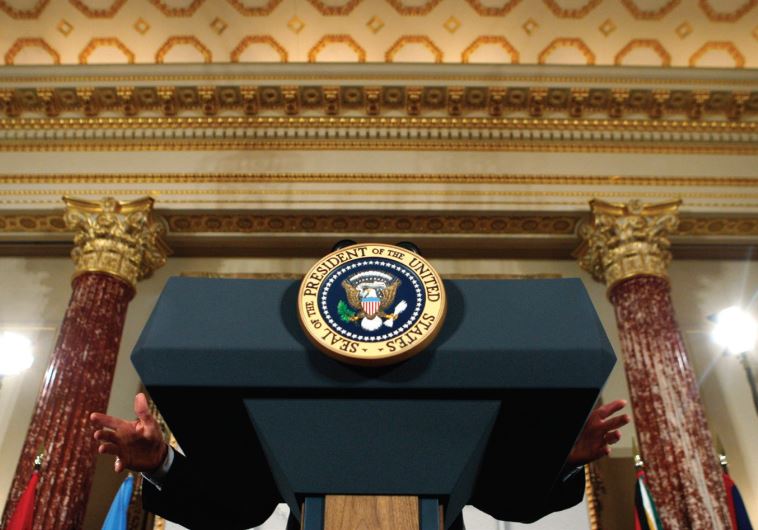 A PODIUM with the logo of the US State Department. What messages are being sent to citizens abroad. (credit: REUTERS)

The theocratic state in Tehran executed Afkari in September, 2020 for his role in a 2018 protest against political and economic corruption in Iran. Iran's opaque judiciary said Afkari killed a security guard but provided no evidence of the killing. The US sanctioned Iranian judiciary and prison officials for the murder of Afkari.

Post media queries to Rich Bender, the head of USA Wrestling, were not previously answered.