Turnout in the Islamic Republic was about 60%. 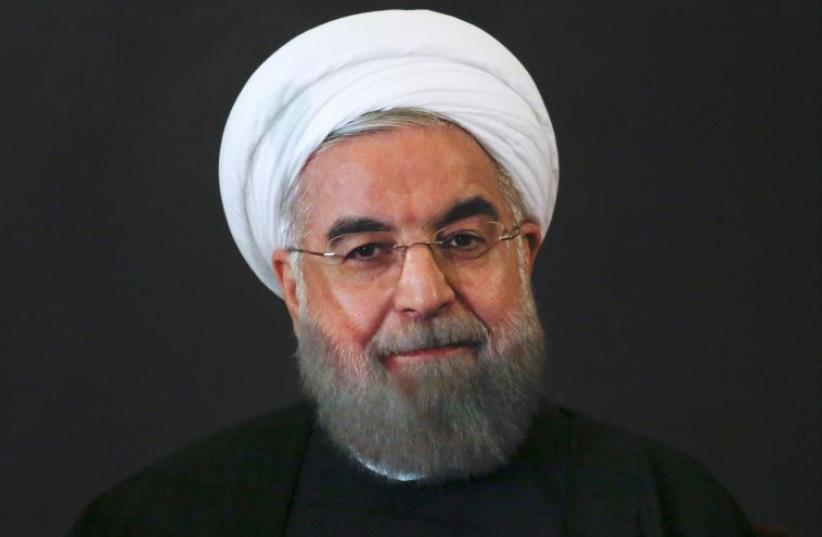 Iran President Hassan Rouhani at the Campidoglio palace in Rome, Italy, January 25, 2016
(photo credit: REUTERS)
Advertisement
Couched in many caveats and relying on tallies that are slowly dripping in, it appears Iranian President Hassan Rouhani and his reformist allies have won strong support and secured significant gains in the Majles, Iran’s parliament. It is a major show of support for Rouhani, for whom this was the first electoral test following the nuclear deal he spearheaded with the West, that was implemented last month. Gains by moderates and reformists in Friday's polls were most evident in the capital, whose electoral results were announced days before the nation’s final results will be available. In the capital, the reformists won 30 out of 30 contested seats and the magnitude of the voters’ decision indicates the future a will be legislature accepting of Rouhani, who is seen as a pragmatist. Dr. Soli Shahvar, an Iran scholar at Haifa University, said that Friday’s elections for parliament and for the Assembly of Experts, which is responsible for appointing the next supreme leader, amounted to no more than “a show of democracy without democracy. You can compare it to a show at the theater,” he said, in conversation with The Media Line. “It appears to include almost every element of democracy: an election every four years, a selection of candidates, it looks democratic, but once you take into account the prerogatives of the Assembly of Experts that vets each candidate you realize there is no democracy. Why are potential candidates vetted?” he asked, rhetorically. “Because they are too reformist, or their policies could be harmful to the regime. But the show appears democratic seems to many in the Western world that seem not to understand what is going on in Iran.” Many dissatisfied voters, he said, had to choose a candidate whose “platform is closest to what I want but not close.” "The people showed their power once again and gave more credibility and strength to their elected government," a satisfied Rouhani said, looking forward to a 290-seat parliament he will find easier to work with. Hardliners, many of whom vehemently opposed the nuclear deal, currently hold 65 percent of the outgoing parliament. Of the 12,000 candidates from every faction who tried to contest the election, almost half were vetoed by the Guardian Council, a committee of hardliners which vets all contenders for public office. Making matters even more tense, Mir-Hossein Mousavi, the reformist candidate whose loss provoked the mass protests of 2009, that were violently subdued, has been under house arrest ever since for six years, in no small part because he dared to allege the poll had been rigged. According to the British daily Telegraph, there were significant concerns pro-reform voters would boycott the elections. Last week, Mohammad Reza Aref, the leader of a new coalition of reformist candidates who served as vice-president from 2001 until 2005, beseeched a rally of followers: “I ask you, the youngsters, the students, as a duty to come on to the political scene! You can encourage other people as well – not only students. People listen to you. So encourage them, ask them, to come on to the scene. Don't go on holiday on Friday – please come to vote!” Dr Thamar E. Gindin, of the Shalem College of Liberal Arts in Jerusalem, who maintains an active network of contacts in Iran, told The Media Line that even the decisive victory of anti-hardline forces had to be understood in context. “Not everybody voted. He people who really oppose this régime didn’t vote because they feel that any vote is a vote that legitimizes the system. What my friends who don’t vote say is that after filtering by Guardian Council you can’t even chose the least bad candidate, its choosing between worse and worst. It’s like asking a Democrat to choose between George W. Bush and Trump.” Still, overall, she pronounced herself “happy” with the results. “On the one hand, I’m happy to know that that the nation feels this way. I’m in touch with Iranians and I follow Iranian social media and you never really know if our sources are filtered or of they really reflect the voice of the whole nation. This election showed me that they do.”“So far, at least one notable hardliner and close ally of Supreme Leader Khamenei seems to have lost his seat,” a Tel Aviv-based Iran scholar, Meir Javedanfar, told The Media Line. “But lets wait for the final results.” The complete results are expected within the week, and a second round for candidates who did not cross the minimum threshold will take place next month. Shahvar said that of elections were truly free, Iran’s current leadership “wouldn’t survive at all. Not one of those guys.”He recalled an attempt at electronic polling during the 2013 presidential election, based outside the country for safety reasons, that showed about 24 percent of voters choosing Reza Pahlavi, son of the last Shah of Iran and the last crown prince of Persia, who was deposed during the Iranian Revolution that brought the current Islamist regime to power, in 1979. “They remember it was better, more western, more secular,” he explained.