Put simply, Iran is still toxic for many banks. 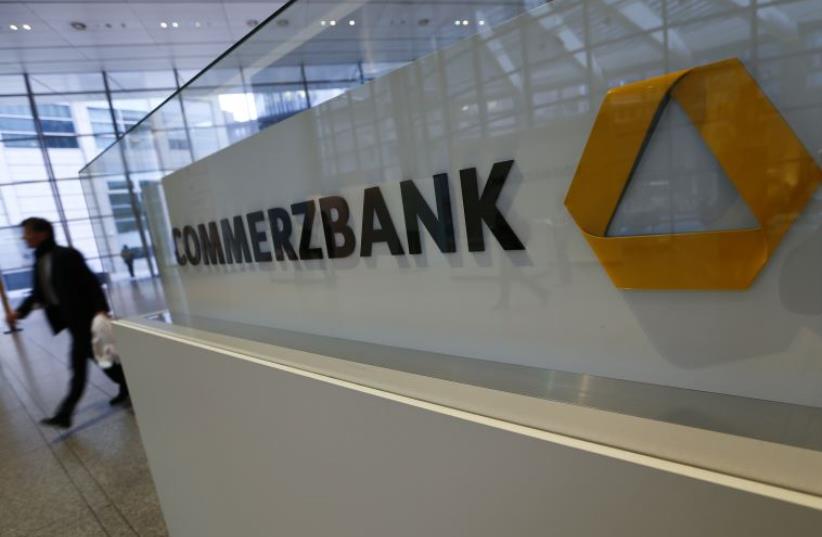 A man walks past a logo of Commerzbank
(photo credit: REUTERS)
Advertisement
The closure by Commerzbank this month of an account belonging to supporters of Hezbollah and the Tehran regime opens a window into the challenges faced by financial institutions seeking to re-enter the Iranian market.While a spokesman for Germany’s second largest bank did not disclose the reason to The Jerusalem Post for pulling the plug on the account, Commerzbank’s March agreement to pay US financial regulators a $1.45 billion fine as part of its illicit dealings with Iran probably played a role.Put simply, Iran is still toxic for many banks.The UK’s The Independent reported on Tuesday in an article titled “Sanctions-busting fears could drive banks away from Iran” that Ross Denton, sanctions expert at law firm Baker and McKenzie, said: “I can’t see any Western banks wanting to get involved with Iran for a long time. So if companies want to work out there, they’ll have to do it in euros and with banks from Russia, China or India. It’s going to be difficult and take time. Jump the gun, cut corners and you’re going to get absolutely murdered in the US.”In a Guardian report from the second Iran-Europe business forum in Geneva on Thursday and Friday, Andreas Schweitzer, a representative from a Maltese company that conducts wind power business in Iran, said “There are European banks who can deal with Iran even now. Small banks which have no business with the US work with Iran. Big banks in theory can operate too but they have reputation issues.”Iran’s financial sector is high-risk, because it is largely contaminated with transactions for its nuclear program and ballistic missiles sector.Iran announced on Thursday that it canceled its December oil and gas conference in London, because of worries about sanctions. The conference has been rescheduled for February. Nevertheless, large foreign energy companies will surely face a Sisyphean task in securing large banks to channel their investments in Iran.Take this past week’s example of the complications of British bank Standard Chartered’s business dealings with Iran. The Financial Times reported that the bank sought business after it agreed in 2007 to stop its Iran business.The bank negotiated a 2012 settlement with US authorities to pay $667 million for sanctions busting.According to the FT, Standard Chartered activated business in 2009 with the then-sanctioned National Iranian Oil Company. The US authorities could strip Standard Chartered of its license to operate in the US financial sector. That would spell the death knell for a financial organization.If there is a choice between retaining business in US markets and returning to Iran, European banks will, without hesitation, choose the US economy.After Stuart Levey, then the US Treasury Department’s first under secretary for terrorism and financial intelligence, lightly twisted the arms of such banks as Deutsche Bank in Germany, the banks capitulated and stopped business with Iran.There also appears to be growing pressure from US states and pension funds to stay away from companies and banks that invest in Iran.Small banks or banks in volatile economic countries like Russia and China will likely fill the financial vacuum in Iran. The soundness of those banks does not bode well for foreign investments.Benjamin Weinthal is a fellow of the Foundation for Defense of Democracies.