Thomas Friedman asks: 'What would I think of the Iran deal if I was Israeli?'

'New York Times' op-ed columnist writes that Netanyahu "downplays the internal threat" of Israel ruling over a Palestinian majority in the absence of a two-state solution. 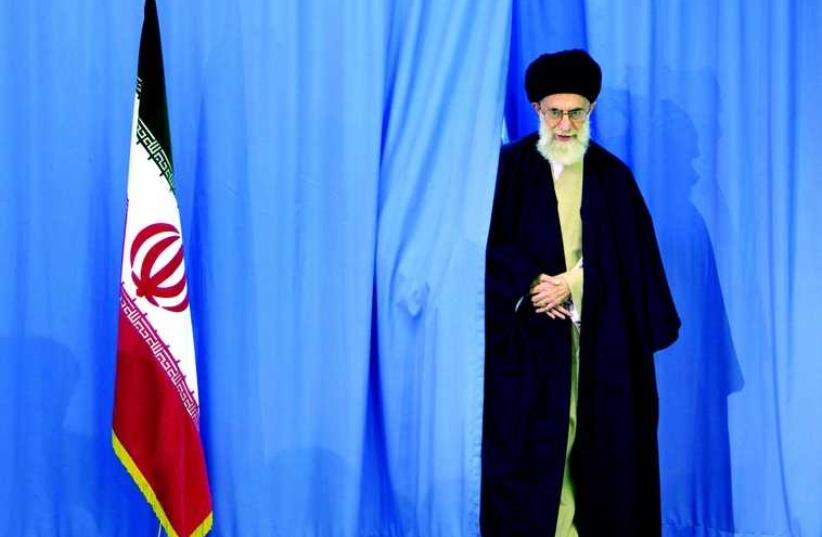 L'ayatollah Ali Khamenei, guide suprême de l'Iran
(photo credit: REUTERS)
Advertisement
New York Times op-ed columnist Thomas Friedman says that the Israeli government would be better off urging the US government to bolster its deterrence capacity against Iran rather than fighting the Obama administration through its allies in Congress.In his latest op-ed piece in The New York Times, Friedman says that while Israel's anxieties over Iran are understandable, Prime Minister Benjamin Netanyahu "has no credible alternative" to the nuclear deal.
A New reality for the US-Israel relationship?
Friedman also writes that Netanyahu "downplays the internal threat" of Israel ruling over a Palestinian majority in the absence of a two-state solution."If my lobbyists in Washington actually succeeded in getting Congress to scrap this deal, the result wouldn’t be a better deal," wrote Friedman, who is considered close to the Obama administration. "It would be no deal, so Iran would remain three months from a bomb — and with no intrusive inspectors, with collapsing sanctions and Israel, not Iran, diplomatically isolated."Friedman, who shot to fame for his reporting from Beirut during the Israeli invasion in 1982, wrote that despite the trepidation of Iran remaining a "nuclear threshold state," Israel is still safe due to its considerable arsenal of nuclear weapons and its military deterrence capacity."The Jewish state has survived in an Arab-Muslim sea because its neighbors know that for all its Western mores it will not be out-crazied," Friedman writes. "It will play by local rules. Iran, Hamas and Hezbollah know this, which is why Israel’s generals know they possess significant deterrence against an Iranian bomb."