After the rubber-stamping of the nuclear deal with world powers last year, Tehran has ordered an increase in oil output. 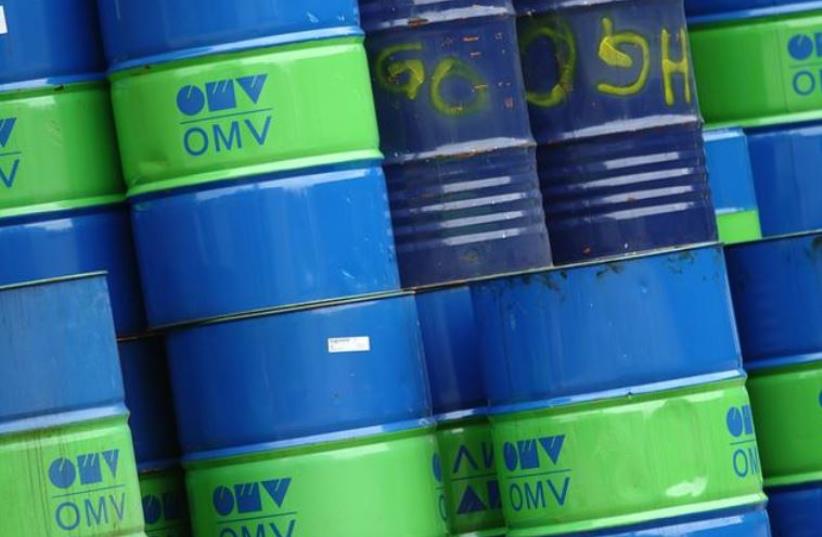 Oil barrels (illustrative).
(photo credit: REUTERS)
Advertisement
DUBAI - Iranian Oil Minister Bijan Zanganeh said on Saturday that Iran's crude oil sales to Europe after the lifting of international sanctions on Tehran had already reached above 300,000 barrels, according to the ministry's news agency.Iran's oil exports, which had peaked at more than 3 million barrels per day (bpd)  in 2011, fell to a little more than 1 million bpd after tougher sanctions were imposed in 2012 because of its nuclear program.After the rubber-stamping of the nuclear deal with world powers last year, however, Tehran has ordered a 500,000 bpd increase in oil output."Based on the contract signed between the National Iranian Oil Co and France's Total, it was agreed that Total will buy 160,000 bpd of crude oil from Iran to be delivered in Europe," Zanganeh was quoted as saying by news agency SHANA, adding that the contract would be finalized on Feb 16.Zanganeh also said Italy's Eni was interested in buying 100,000 barrels of crude oil from Iran and its representatives would visit Tehran in near future to discuss the contract."Eni has voiced its interest in one of Iran's fields which will be treated like the agreement reached with Total," he said.Iran's oil minister said Italian refiner Saras was interested in buying 60,000 to 70,000 barrels of crude oil from Iran.Tehran is sweetening the terms it offers on oil development contracts to draw the interest of foreign investors deterred by sanctions and low crude prices, as its pragmatic president seeks to deliver on his promise of economic recovery.The new contracts, which include those in the upstream exploration and development sectors are expected to attract more than $40 billion in foreign investment.Iran has postponed a planned oil conference in London, which was due to have taken place in February to reveal its new contracts, until November. An Iranian official said "the US urged Tehran to hold off" until a final nuclear deal was penned.