The International Fellowship for Christians and Jews will contribute $30 million to program, close to 1/4 of budget.

By DANIELLE ZIRI
Lapid and Piron announce summer program 370
(photo credit: Muki Shwartz)
Advertisement
Children across the country will get a shorter summer vacation from school starting next year, according to a plan announced by the Ministry of Education together with Rabbi Yechiel Eckstein’s International Fellowship of Christians and Jews (ICFJ) on Thursday.Under the plan, from July 1 to July 21, young people studying to become teachers and teachers who choose to, will take over the schools and conduct activities designed to awaken pupils’ creativity such as workshops for reading and writing, sessions on community involvement, environmental education, interactive learning as well as sports, among others. Activities will also revolve around learning about social values.The initiative, entitled “Schools of Summer”, joins other efforts of Education Minister Shai Piron to ensure that the education system takes responsibility for pupils even when they are not at school. These include this past summer’s ‘Educators around the Clock’ program, a collaboration between the ministry, teachers, local authorities and NGOs which offered a range of activities for students to partake in during the summer. 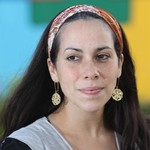 Senior Vice President of the IFCJ Yael Eckstein told The Jerusalem Post on Thursday that the initiative, which she called “historic,” would help children but also parents across the country.“The children we have helped and continue to help, often come from single parent households that earn the minimum wage,” she said, “Their mum works a double shift to put food on the table and she doesn’t have time to occupy them.”Eckstein added that the new project will improve the everyday lives of these families during the summer months.“I know they worry about this all year long,” she said.  The Fellowship already begun tackling the issue this past summer by establishing summer camps in 50 different communities across the country for children from low-income families to enjoy during the break, close to NIS 16 million were spent on the project.Eckstein also explained that in partnering with the state on projects such as the summer school, the Fellowship seeks to “enable the government to help more people”“We don’t want to give funds on projects that would be happening either way,” she said, “The only way the Fellowship would partner with the government on projects is if the government needs extra funds in order to carry out the project.”“We don’t want to take over the government’s responsibility, we want to fill the gaps,” she added, “My goal is to have projects here in Israel that no one else is doing and get to the people that no one else is getting to.”The project aims to provide a solution for working parents who are struggling to find arrangements and improvise activities for their children during the summer months.“This is not just a pilot program, it’s a revolution,” Education Minister Piron said on Thursday.“Education includes every child everywhere, all year round,” he added, “The 'Schools of Summer' [plan] gives an appropriate and optimized solution to the needs of teachers, parents and pupils.”“We have committed ourselves to profound changes and we will continue to work for it with determination and professionalism,” Piron stated.He also called on heads of municipalities across Israel to “move the educational structures that they operate in the summer to the month of August in order to fully cover the summer months for working parents.”Minister of Finance Yair Lapid added that “There is a lack of coordination between the vacation days of working parents and the vacation days of their children, which is a burden on parents.”“It is our duty to change this situation,” he said.As a first stage, starting summer 2014, only pupils of the first and second grades will have access to the program. The next year, the initiative will expand to third and fourth graders and by the third summer, it will also include fifth graders and preschool children.In terms of cost, parents will be asked to pay in order to enroll their children into the program. The fees will vary from municipality to municipality and were determined according to a scale developed by the Central Bureau of Statistics ranking municipalities across the country into clusters on a scale from one to ten, according to their socio-economic situation, ten being the highest.While in municipalities ranked in clusters one to four, the “Schools of Summer” program will be free of charge, in those ranked in clusters five to seven, parents will be charged NIS 300 per child. For children in clusters eight to ten, the program will cost NIS 450.The program as a whole will be budgeted by the Ministries of Education, Welfare and Finance as well as the Lottery, local governments.The International Fellowship for Christians and Jews, which works to strengthen Israel's society through philanthropic ventures, will be contributing $30 million, close to a quarter of the allocated budget, to the program in order to allow parents who cannot afford paying the fees to register their children as well.Director-General of the education chain AMIT, Amnon Eldar welcomed the Ministry of Education’s announcement and said that "it is a right move which takes into consideration the best interests of children and their parents.”“It has been clear for a while now that the summer vacation is too long and that shortening it would only do good,” he said, “In the long run, the added weeks will be an opportunity for schools to deepen their educational activity, focus and expand on new fields of knowledge as well as stimulate thought and discussion about things that school don’t have time to get into today.”