Cohen used the proceeds from his performance to set up the Israeli-Palestinian Fund for Reconciliation, Tolerance and Peace. 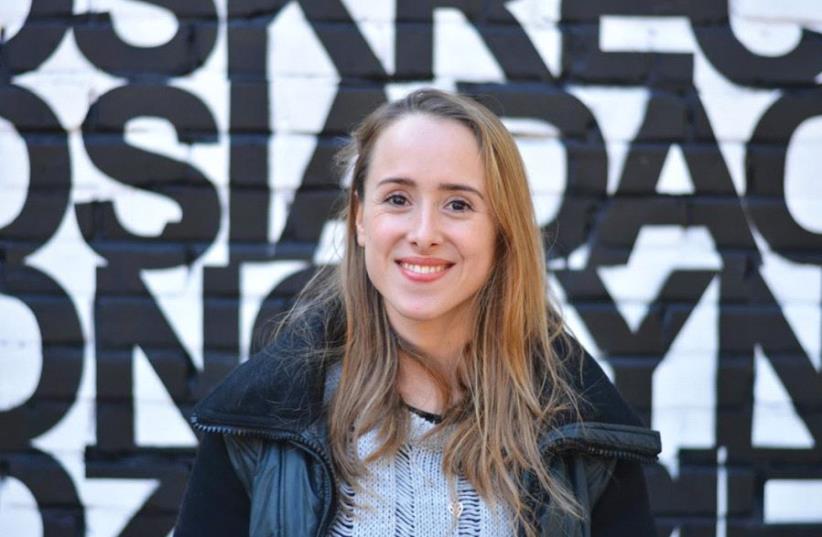 Nitzan Mintz
(photo credit: PAWEL TRZEZWINSKI)
Advertisement
■ THE ASHDOD Art Museum is hosting a series of events in March to mark International Women’s Day on March 8. The one closest to the IWD date is an intimate conversation with three contemporary female artists, which will be held on Tuesday, March 7 at 7 p.m. The three artists are photographer Merav Marodi, multi-discipline artist Shirel Horovitz and street poet Nitzan Mintz. Marodi, who began her career as a stills photographer on the sets of action movies, has branched out in many directions and will discuss what moves her to capture the images she sees in industrial settings and abandoned factory plants. Mintz will talk about what inspires her and some of the challenges she faces.■ CASA SHALOM, the Institute for Marrano (Anusim) Studies founded by the late Gloria Mound, continues its vital work in researching and tracing the history of crypto-Jews. The institute, with branches in Netanya and Jerusalem, engages in projects linked to universities in the UK and America, including the connection between Marranos and Freemasonry, and the 18th-century immigration from Minorca, Spain, to Florida and Cuba, which included many Marranos, as comparatively recent research has brought to light.The institute traced some of the contemporary descendants of this group and found that there is a continuance of Jewish customs in many of these families, some of which have participated in conferences in Israel and the US in an attempt to re-connect with their Jewish heritage. With advancing age and the desire to ensure that the work in tracing secret Jews would be continued, Mound, in 2011, donated the thousands of books and documents she had amassed during years of research to the International Institute for Secret Jews (Anusim) Studies at Netanya Academic College, to which Mound was appointed Senior Adviser.An evening of tribute to Mound, who died last month, has been organized by Casa Shalom, and will be held on Thursday, March 2 at the New Synagogue, 7 McDonald Street, Netanya, at 7 p.m. Speakers will include her daughter, Ruth Rechtschaffen; Dr. Yitzchak Kerem, member of the Board, Casa Shalom; Chris Morales, managing director of Digital21 Israel; and Rabbi Yosef Wallis, director of the Arachim Jewish outreach organization and a direct descendant of Rafael Valls, the head of an organization of Jews who had converted to Christianity, but continued to practice their Judaism in secret. Valls was the last Jew to be burned at the stake in Palma de Majorca. Moderator for the evening will be Michael Glatzer, chairman of the Board at Casa Shalom.■ THE EIGHT chain of sandwich bars, featuring kosher meat sandwiches dreamed up by celebrity chef Moshik Roth, who is frequently seen on television, is expanding. After opening recently in Jerusalem, the company launched branches in Bat Yam, Rishon Lezion and Netanya, and plans to add to its operations in Holon, Beersheba, Hadera, Afula and Kiryat Motzkin. The aim is to have a total of 30 branches throughout Israel; additional facilities are visualized for Herzliya, Ramat Gan, Eilat, Tiberias, Beit Shemesh, Ashkelon and Kiryat Ata.The chain’s name is based on the fact that the sandwiches are sold for NIS 8 each. The question is whether the chain will be able to maintain that price without sacrificing quality and quantity. Coffix, which created a revolution by offering a wide variety of fast-food options for NIS 5 and quickly inspired a number of copycat ventures, made national headlines last week when it announced that it can no longer maintain that price and that the new price is NIS 6.Eight sandwich choices currently include hamburgers, schnitzel, entrecote, asado, omelet and portobello mushrooms.■ SOME OF Israel’s leading singers will get together on Saturday night, February 26, at the Charles Bronfman Auditorium in Tel Aviv to pay tribute to the memory of Leonard Cohen and his contribution to the world of entertainment. Cohen, who died last November at the age of 82, performed for Israeli troops during the Yom Kippur War in 1973, and when Israel was subjected to cultural boycotts, Cohen came to perform and refused to yield to pressures to cancel the concert. He also offered to perform in Ramallah, but the Palestinians declined the offer. Cohen used the proceeds from his performance to set up the Israeli-Palestinian Fund for Reconciliation, Tolerance and Peace.Proceeds from the concert in his memory will be used to purchase medications and equipment for children with cancer. Performers include Shlomi Saban, Shiri Maimon, Muki, Assaf Amdursky, Dikla and Izhar Ashdot.