A Creative writing workshop, an address to The Jewish Historical Society of England, and more. 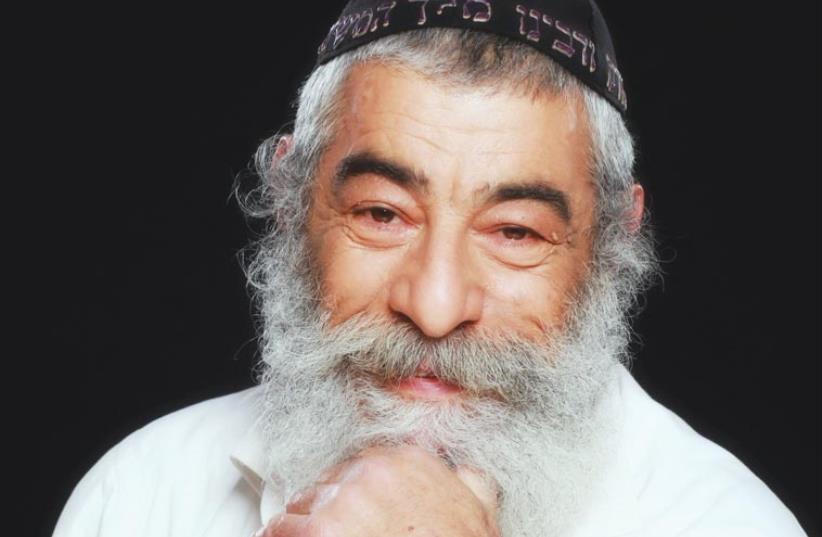 The Best of Ariel Zilber
(photo credit: ARIEL BESOR)
Advertisement
PRIZE-WINNING POET Karen Alkalay Gut and her husband, Ezra Gut, have teamed up in an artistic as well as marital partnership for an exhibition on the balcony gallery of the Jerusalem Theater under the title “Dialogues with the Other – Galapagos, Photograph and Poem.” The exhibition opens at noon on today.MANY PEOPLE living in Israel are bilingual or multilingual, but this is not always evident because if we are used to conversing with them in any one language, we don’t give much thought to other languages in which they be fluent. This explains why a Hebrew language course in creative writing is being publicized in an English-language newspaper.Starting on January 22, writer Shlomit Miron, who is the author of the philosophical novel Moratorium and a specialist in bibliotherapy, life stories and self-awareness, will conduct a weekly Friday workshop in creative writing at the Bible Lands Museum. Budding Hebrew writers should be aware that the course will be based on biblical texts and exhibits displayed in various parts of the museum. Participants will be encouraged to use their imaginations to the utmost and to write intuitively in relation to what they may see, read or hear.FEW IF any scholars in Israel are as well acquainted as Gloria Mound with the stories of hidden Jews of Spanish and Portuguese descent in the lands of their dispersion. Many of those who still practice Jewish customs but are no longer halachically Jewish carry a secret which until relatively recently they were reluctant to divulge. Some have returned to the fold, and now that Spain and Portugal have enacted legislation that allows such people to reclaim their citizenship on condition that they can prove descent from the Jews who were expelled more than 500 years ago and can comply with some of the other citizenship conditions, many more secret Jews will in all likelihood apply to reclaim not only their citizenship but also their Jewish heritage. Such people are scattered far and wide and can be found even in Ireland.On January 25, Mound – who is the executive director of Casa Shalom Institute for Marrano (Anusim) Studies – will address the Israel branch of The Jewish Historical Society of England on hitherto unknown secrets of the Jews of Ireland and the links with Spain.Her lecture will be held at Beit Avi Chai at 7:45 p.m.ALTHOUGH THERE is no shortage of entertainers whose political ideology and affiliations are right of center, in general there is a belief that the members of the entertainment industry are by and large Leftists. There have been entertainers who sided more with the Left than the Right until they found religion, and then the more religious they became the more right-wing they became and, in several cases, more or less abandoned their previous careers.A prime example is Uri Zohar, once the bad boy of Israel’s film industry, who today is haredi and somewhat intolerant of the secular lifestyle. Another is singer, songwriter, musician and composer Ariel Zilber, whose former image crowned by a wild mane of curly hair was that of a musical gollywog. Zilber continued with his career after he found religion but often married his compositions to liturgical texts, which differed greatly from his previous musical repertoire. As he left the secular world, the curls were shorn to a crew cut covered by a large black kippa, and the jeans and horizontally striped sweaters were replaced by a black suit over a white shirt. But Zilber did not forsake his original music and continued to perform as he did before. However, he became much more controversial than Zohar because of his frequently expressed ultra right-wing haredi views on homosexuals, secular Jews and the rights of settlers.Zilber evoked the wrath and contempt of the Rabin family when he championed the release of Yitzhak Rabin’s assassin Yigal Amir. This also upset entertainers on the Left such as Ahinoam Nini, who in 2014 refused to accept an ACUM prize because a lifetime achievement award was also going to Zilber. After receiving other protests, ACUM diluted the prize to recognition of his contribution to music. Nonetheless, Zilber retains a following from some people on the Left who are so enamored with his music that they are willing to overlook his politics.Zilber will be appearing with Shlomi Shaban at the Jerusalem Theater on January 28.The program will include some of his all-time favorites such as “Shemesh Shemesh,” “Ani shochev li al hagav,” “Ten li koah” and “Rutzi Shmulik.”Further afield, on January 30 at a special event for women at Heichal Shlomo in Petah Tikva, Eden Harel and Aya Kremerman will join Rabbanit Yemima Mizrachi in an evening of strengthening the Jewish soul. Harel was the best-known VJ on MTV Europe and also hosted the Miss World pageant. At home, she also hosted television shows geared toward children, as well as an interview show with celebrities and other TV and radio shows. In addition, she’s done some modeling.Kremerman is a former top model who used to strut the catwalk in bikinis. These days, she is demurely dressed and covers her hair. Harel is not quite at the same stage as Kremerman, but she is religiously observant. Together with fellow model Shirli Glik, Kremerman had a regular spot on the Guy Pines show, breathlessly covering society and fashion events.Also on the program are rabbis Yitzhak Fanger, who came from a secular background and saw the light; and Yitzhak Batzri, a leading kabbalist who on more than one occasion has been investigated by police on suspicion of incitement.