The festival, which is under the patronage of the Italian Embassy, will include 73 screenings and 14 iconic Italian films. 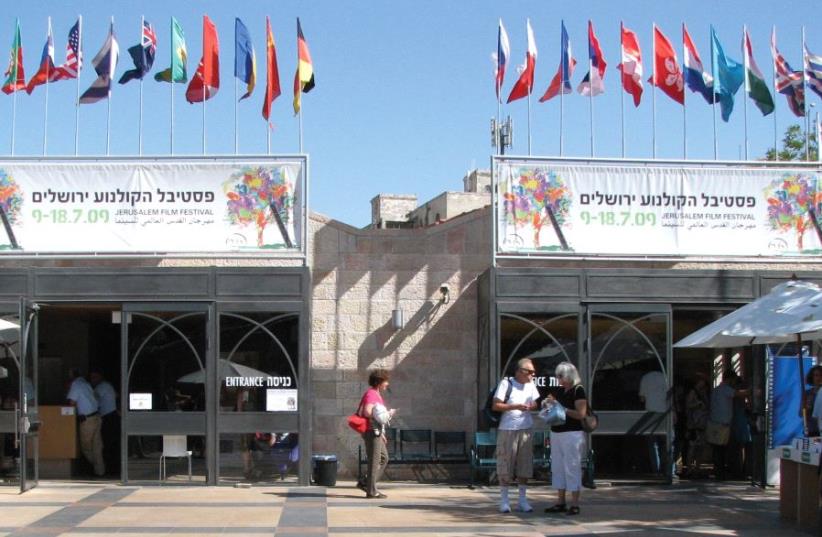 The Israel Museum, the Bloomfield Science Museum and the cinematheque (pictured) are all on the list to possibly be closed on Shabbat
(photo credit: Wikimedia Commons)
Advertisement
■ CINEMA ITALIA, the Italian film festival, will be held for the fourth time in cinematheques across the country, beginning with the Tel Aviv Cinematheque, April 1 through 9, and in other cinematheques in Jerusalem, Haifa, Holon, Rosh Pina and Sderot throughout April. The festival, which is under the patronage of the Italian Embassy, will include 73 screenings and 14 iconic Italian films.Rony Fellus and Dany Moggia, who organized the festival, also arranged for personalities from the Italian film industry to visit Israel during April. The festival is a two-part event. One part will be by way of homage to Roberto Rossellini, with five of his restored films, plus a festive screening of Kaos, the acclaimed production of the Taviani brothers, Paolo and Vittorio, to mark the 150th anniversary of the birth of Italian Nobel Prize laureate in literature Luigi Pirandello, on whose short stories the film is based. The other part of the program will feature the best films released in Italy in 2016.■ MAKING HER Venice Art Biennale debut in May is Israeli artist Ariela Wertheimer, who will be exhibiting on behalf of the Farkash Gallery in Tel Aviv. Her exhibition of acrylic painting on poplar wood and print on plexiglass under the title “Jaffa Venice Light Boxes” has been curated by Aharon Farkash. Each box represents a character trapped in his or her large or small prison, and includes mirrors on both sides for reflection. Wertheimer has been associated with the Farkash Gallery for 30 years. If her surname rings a bell beyond the arts, it’s because she’s married to Eitan, the son of Stef Wertheimer, the founder of Iscar, which was sold in 2013 to Warren Buffett’s Berkshire Hathaway for more than $2 billion.■ FOR THE third consecutive year, some 300 needy Holocaust survivors were hosted to a pre-Passover diner at the Arca Banquet Hall, which is located at the Tel Aviv Port. They were the guests of the Atarim company, which operates the port area. Atarim CEO Yaron Klein was on hand to welcome them and noted singer Marina Maximilian Blumin performed for them.■ MUNICIPALITIES ACROSS Israel annually award the title of Worthy Citizen to residents of their cities who have made outstanding contributions over the years. Worthy Citizen ceremonies usually take place in conjunction with Independence Day, or in the case of Jerusalem, may also take place in conjunction with Jerusalem Day.Ramat Gan Mayor Yisrael Zinger decided not to wait that long before naming Holocaust survivor Noah Klieger as a Worthy Citizen of Ramat Gan. One of the world’s oldest working journalists, Klieger, who will be 91 in July, was in Auschwitz at the same time as Elie Wiesel. He arrived in Israel in 1947 on board the Exodus, which carried illegal immigrants, and soon after joined the editorial staff of Yediot Aharonot, where he still works, writing about sports and Holocaust-related issues. He is also a correspondent for the French publication L’Equipe. He has traveled abroad extensively to cover international sporting events and to lecture on the Holocaust.In January of this year, Klieger was the keynote speaker at the United Nations on Holocaust Remembrance Day. He is fluent in several languages. His great fear is that once the generation of the Holocaust dies out, memory of the most traumatic chapter in Jewish and world history will fade because the witnesses to so many atrocities will not be present to testify. It was for his ongoing dedication to keeping the legacy of the Holocaust in the forefront of public consciousness that Krieger was named a Worthy Citizen of Ramat Gan.Israel has at least one other nonagenarian working journalist – Walter Bingham, who is older than Klieger, but has not been a journalist for as long a period. Bingham, 93, is a broadcast journalist, whose program Walter’s World can be heard on Arutz Sheva.