In pictures: Miriam Peretz, a symbol of life

Miriam Peretz has lost two sons for the state of Israel and stands as a symbol of hope and strength for families of fallen soldiers. 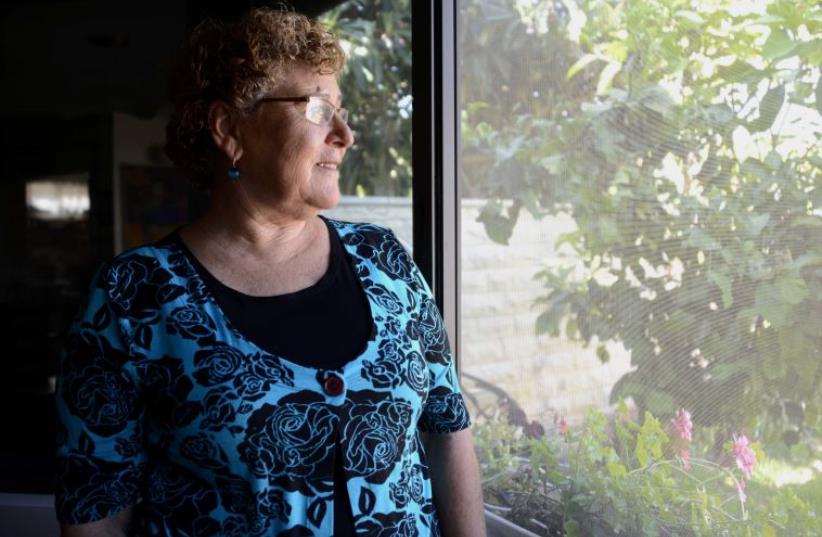 Miriam Peretz
(photo credit: MAGALI DRUSCOVICH)
Advertisement
“Its not easy for me to go to Mount Hertzl, because when I go I must decide which child to see first. The graves are not close to each other. I can´t be at both graves at the same time, so every time I decide. It´s not easy to be the mother of two boys who have died in the war. It´s is not normal for any mother”Miriam Peretz, lives in Jerusalem. She lost her first son, Uriel, in the second Lebanon war. Her second son, Eliraz, fell in the Gaza Strip. Having experience grief no mother should ever have to face, she decided to commit herself to helping others who find themselves in her shoes. Peretz acts as a source of hope and strength. Miriam has written a book about her experience and maintains hope that one day, peace will come.The wall. The house is coveredin photos but this wall is dedicated only to Uriel and Eliraz.
“Life continues because life is stronger than death.”“I can´t bring my children back, they died. What can I do about death? I don’t want to spend a minute of my life dwelling, so I do good things. I don’t know why I continue to live, but I wake up and I am alive."Miriam´s book. In November the English version will be published with and additional chapter."I take my strength from my grandchildren. Our soldiers fight for the security of not only Jews in this country but for Jewish life all over the world."Miriam lives alone in the same house where she raised her six children."I have 8 grand children, 4 of them are Eliraz's children. The last one never knew her father so I´m here to tell her who he was.""Even though I would prefer to be what I was before, living the life that I had before, I wouldn't change my country, I love Eretz Israel."
Advertisement
Subscribe for our daily newsletter