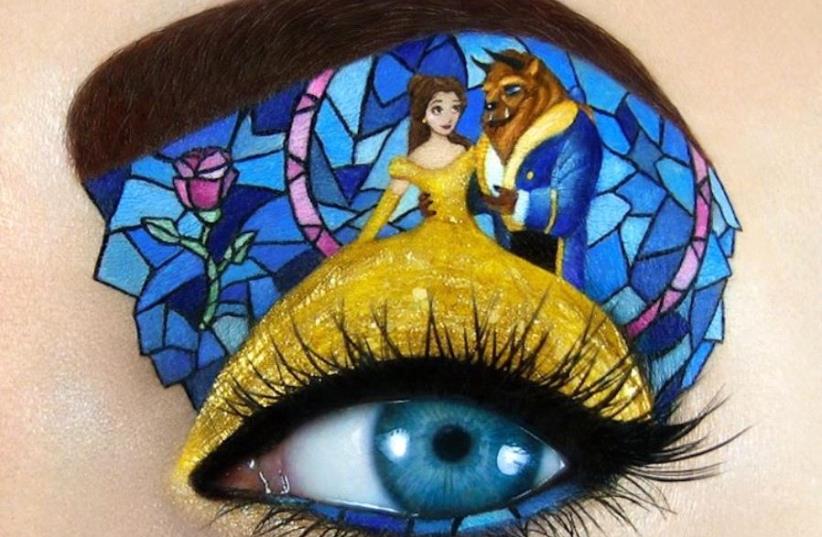 Israeli makeup artist Tal Peleg's unique creation.
(photo credit: TAL PELEG)
Advertisement
Tal Peleg’s artwork can take up to five hours to create – and 10 minutes after that, she destroys it completely.That’s because Peleg, an artist based in Modi’in, creates her stunning and one-of-a-kind works directly on her own eyelids. The makeup artist has achieved international attention for her fanciful designs, which she posts on her Instagram and Facebook pages to the delight of her hundreds of thousands of followers. 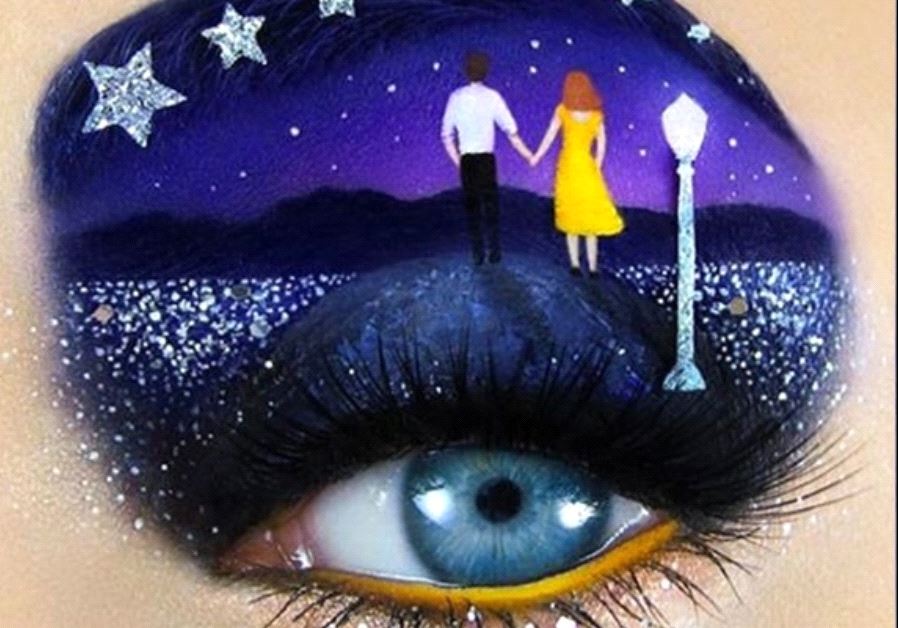 “It takes a lot a lot of patience,” Peleg tells The Jerusalem Post, “I sometimes say that more than I have talent I have super patience – this is my superpower.”Peleg studied makeup more than 10 years ago, and has been working in the field since. About six years ago she started creating eye makeup looks and sharing them on her blog. But it wasn’t until four years ago she began to post the intricate, illustrative designs she is known for today.“It was a process,” says Peleg. “Over time I challenged myself to create more and more illustrative looks.” 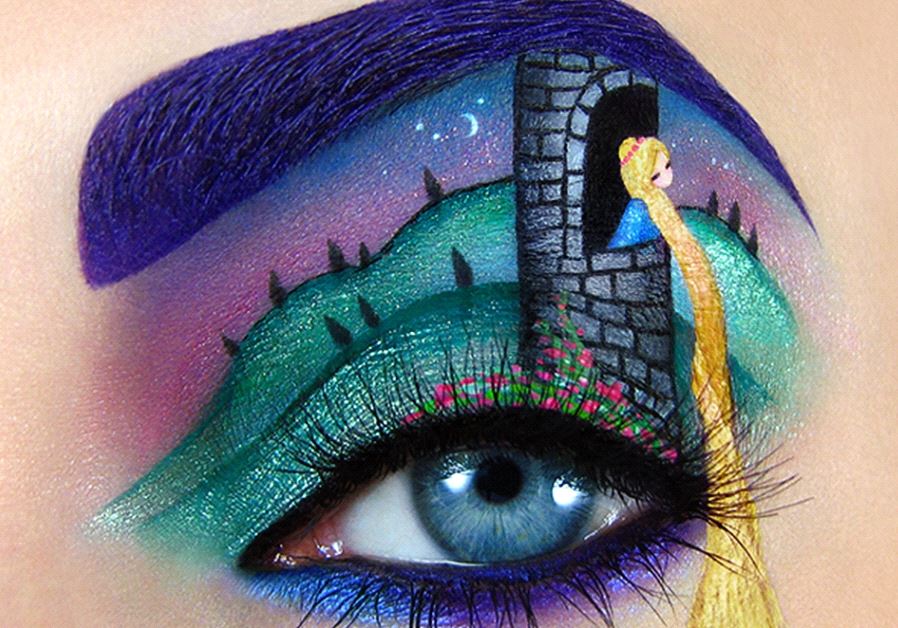 The makeup artist said the looks, which she always paints on her own face, take hours to create – even up to five hours for the Beauty and the Beast work she made.“I usually just remove it right after I take a photo of it,” she said. “If I really like it, I stay with it for about half an hour, but not longer than that – it’s not really comfortable on the eye... usually it’s just a relief to take it off.”After gaining so much attention, Peleg has been commissioned by major companies to create specific looks, including 21st Century Fox, Verizon and Barbie’s Mattel. Most of her works focus on films or books, as well as some more abstract looks.And while she has created two pieces in honor of Holocaust awareness – including one featuring Anne Frank – Peleg tends to steer clear of Israeli or Jewish themes; though she did create a Christmas look last year.“Usually I stay away from things like that – especially from Israeli things,” she said. “Because I try to take my art to some places that are more fantasy...I stay away from politics and things like that, I just want it to be a fun place that people can escape from reality with movies and animals and things like that.”
Advertisement
Subscribe for our daily newsletter