Jonathan Pollard story to be made into a Hollywood feature film, report says

Pollard, who has spent 30 years in jail, is due to be released in November as per the decision of a federal parole board. 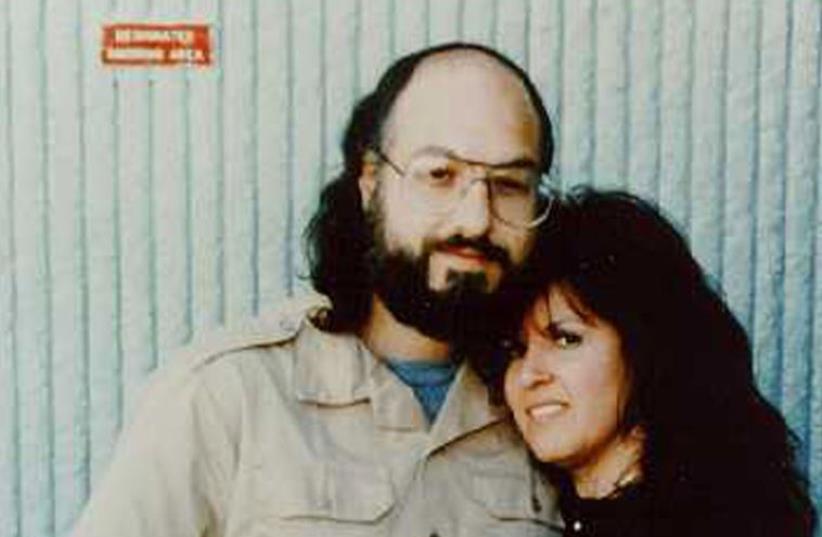 Jonathan Pollard with Esther Zeitz-Pollard
(photo credit: REUTERS)
Advertisement
Hollywood is set to commission a film based on the Jonathan Pollard case.According to the web site Deadline Hollywood, a movie production company affiliated with Fox is developing a feature film whose plot will be based on the events leading up to the arrest and incarceration of the former US Navy analyst who passed sensitive information to Israel.Pollard, who has spent 30 years in jail, is due to be released in November as per the decision of a federal parole board.
Esther Pollard: I am counting the days until I can have Jonathan in my arms
The movie will be produced by The Jackal Group, and it will be based on a play by Martin Blank titled The Law of Return. Gail Berman will co-produce the film along with Rory Koslow. "I am looking forward to being reunited with my beloved wife Esther," Pollard said through his attorneys earlier this week. "I would like to thank the many thousands of well-wishers in the United States, in Israel, and throughout the world, who provided grass roots support by attending rallies, sending letters, making phone calls to elected officials, and saying prayers for my welfare. I am deeply appreciative of every gesture, large or small."Pollard's lawyers said that they are grateful and delighted that their client will be released soon. "The decision to grant parole was made unanimously by the three members of the Parole Commission, who make their decisions independently of any other US government agency. The decision is not connected to recent developments in the Middle East."Had Pollard's parole been denied, he would have been required to serve an additional fifteen years in prison. His parole hearing took place July 7 at the Federal Correctional Center in Butner, North Carolina, where he has been incarcerated. He has been serving a sentence of life in prison for conspiracy to deliver classified information to the State of Israel.