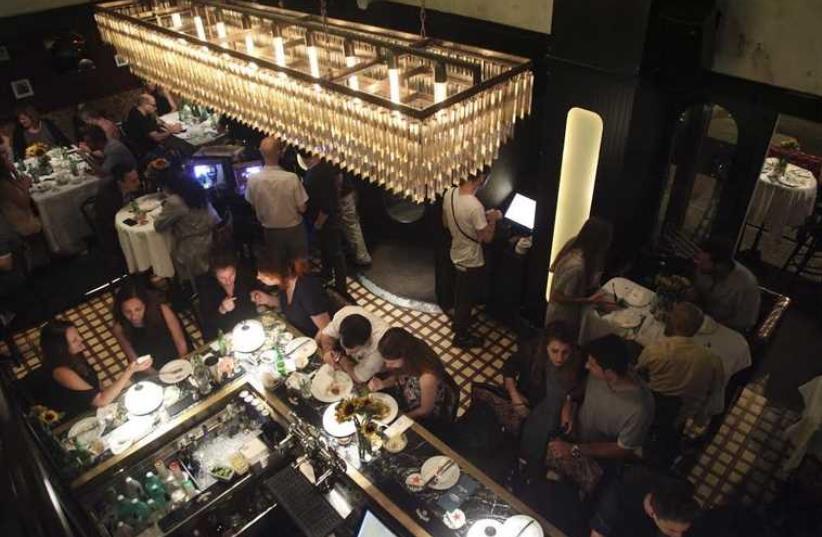 ZouBisou on Lebanese night
(photo credit: ZOUBISOU)
Advertisement
Zou Bisou, a happening cocktail bar on central Tel Aviv’s Ben Yehuda Street, is spicing up their repertoire by hosting celebrity guest chefs and having theme nights.The first of the annual “concept nights” showcased Lebanese chef Kamel Hashalmon cooking up his home cuisine. Each month will feature a different Arab sous chef, bringing his or her own cookery to the Tel Aviv culinary scene. Additionally, the concept nights are done in conjunction with Heineken Premium beer. "As a brand capital premium carrier in the world, we at Heineken aim to introduce marketing innovations and breakthroughs to the Israeli public," Heineken marketing director Nir Gal said. Through “adventures in the world of culture, art and culinary...we aim to continue to lead in quality and innovation and this time we were able to bring our customers to the front beer and culinary world."The pub had a 1960s atmosphere that could only be described as Mad Men-esque. Its dark room was opened up by high ceilings with elegant chandeliers that hung over the diners below as well as multicolored stained glass designs. The mood was further set by cursive neon lights that welcomed guests to the raised tables and comfortable booths.The Heineken theme even made it’s way to the decor, as each table had three empty bottles filled with sunflowers and tied with twine. Each diner was presented upon seating with a frosty Heineken, which the waitress brought in a bucket of dry ice for effect. 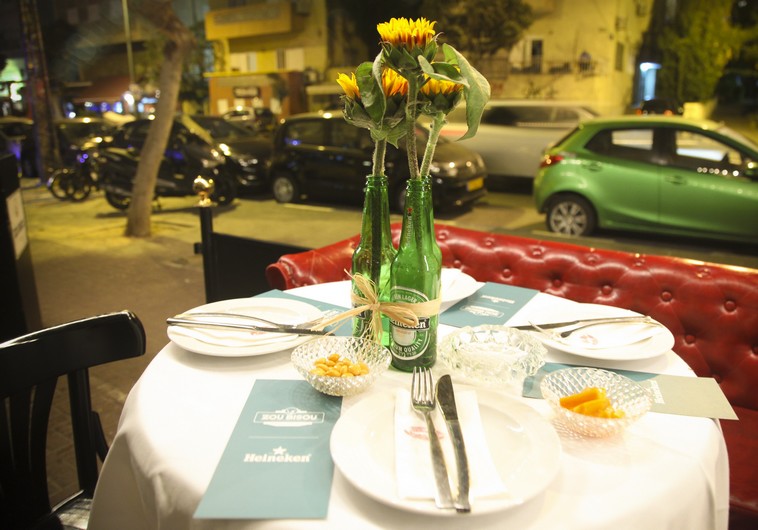 For Tuesday’s Lebanese affair, the menu was set at NIS 125 per person. Upon being whisked to our corner table we noshed on petite vegetables and beans before receiving our first course, an array of small plates each more flavorful than the next. Among the six dishes, the homemade labneh with greens was a standout. Hashmalon took your standard dip and upgraded it with bold flavor. The grape leaves, another standard dish, were enhanced with a daring smoky flavor that really worked with the tiny appetizer. For a second round of appetizers the waitress brought finger-sized sausages and perfectly crispy calamari; once the majestic emperor of the sea, it now beckoned from atop a soft bed of guacamole.When it came time for the main courses, diners chose from various options. The fish with a tomato and tahini sauce was perfectly cooked and had a delicate yet interesting taste. Another great option was the shells of ravioli stuffed with meat in a marinara sauce, topped with pistachios and pine nuts. It had an authentic Mediterranean flavor which called into mind dining in the Old City of Jerusalem or Abu Gosh. The meal rounded out by a sweet plate of various baklavas with honey, raisin or pistachio flavors. But the meal was not just a culinary delight. Zou Bisou brought in a talented belly dancer to match the Lebanese theme. Diners reveled throughout the night between the festive music, decorative atmosphere and delicious food. The bar/restaurant on Ben Yehuda will be hosting these special events the first Tuesday of every month, and if every event is as good as the first, they are not to be missed!The writer was a guest of the restaurant.