The Facebook CEO posted a photo to his profile that has people nervous about the future of humanity. 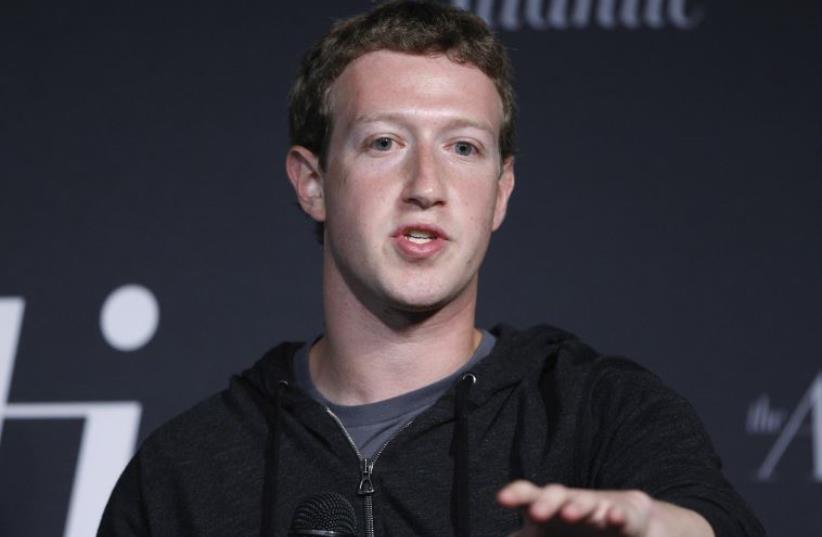 Facebook CEO Mark Zuckerberg
(photo credit: REUTERS)
Advertisement
A photograph uploaded to social media of Facebook founder and CEO Mark Zuckerberg walking through an auditorium filled with people wearing virtual reality headsets has made waves on the internet this week as people fear it is a glimpse into the future of humanity. At the Mobile World Congress in Barcelona, Samsung debuted the featured technology - its first 360 degree camera, the Gear 360. It takes 360 degree photos and videos that can be uploaded to Facebook and YouTube, or viewed as immersive experiences on Samsung's virtual reality headsets. A photograph posted by Zuckerberg to his Facebook profile shows the CEO walking through the aisle in an auditorium filled with people testing out the Samsung virtual reality headsets. The image caused Twitter users air their fears that the photo offers a glimpse into a dark future for humanity.

"This photo of our new overlord marching amongst his plugged in subjects is really something," tweeted one Twitter user. Another tweet compared the photo to the Matrix movie in which humans are synthetically bred and hardwired in floating pods to power their machine overlords.

Mark Zuckerberg gave a keynote speech at the symposium where he discussed various subjects including his mission to connect everyone to the Internet, how Facebook is testing internet drones to connect people in remote areas, and why Facebook has created open source data centers.Zuckerberg also highlighted the responsibility Facebook has to help make society safe."We feel like we have a pretty big responsibility running this big network and community to help prevent terrorism and different kinds of attacks," said the CEO."We certainly do have very strong policies on this, that if there's any content that's promoting terrorism or sympathizing with ISIS or anything like that, we'll kick - take that off the service, get those people off the service. We don't want people doing that kind of stuff on Facebook," he added.