Parshat Bechukotai: The Source of Hope

Constructive punishment can only be the kind stemming from love. 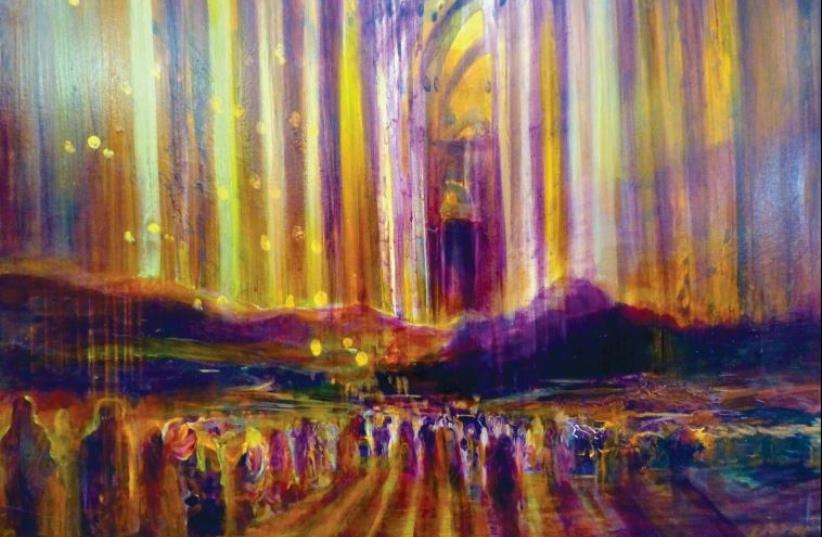 Painting by Yoram Raanan
(photo credit: YORAM RAANAN)
Advertisement
“And I will place My dwelling in your midst, and My Spirit will not reject you; I will walk among you and be your God, and you will be My people. I am the Lord, your God, Who took you out of the land of Egypt...” (Leviticus 26:11-13)

Painting by Yoram Raanan: www.RaananArt.com This week’s Torah portion, Bechukotai, begins with a condition: “If you follow My statutes” things will be good for you. You will enjoy financial welfare, your personal and national security will increase and calm will prevail. If not – the situation will be dire.In the year 2016, it is surprising to take a retrospective look back on our national history and see how all the processes detailed in this week’s parasha took place. We had it good, and we had it bad. We lived our national life in the Land of Israel and then we were forced into a long exile, one that was typified by situations of utter despair suffered by us individually and as a people.It is even more surprising to discover that the story continued in accordance to the plan: Against all odds, the only nation in history to return to its homeland after almost 2,000 years in exile – is Am Yisrael. In the Kabbalat Shabbat prayers on Friday evenings, we sing a hymn called “Lecha Dodi” written by Rabbi Shlomo Elkabetz, of the Kabbalists of Safed in the 16th century.In it, he turns to the nation and asks of it, “Shake off your dust, arise, clothe yourself with My people as with your garments of glory.” Indeed, the Nation of Israel shook off its dust, arose from the ashes and stood up to dress in garments of glory.Why did this happen? How could the Jewish nation wallow in the mud of exile and not lose hope? We all know that it is only because of the hope that beat in the hearts of so many men, women, young, old, wise and less wise who lived in exile that they did not despair.This hope that the Nation of Israel would be revived gave us the strength to shake off the dust. Without this hope, Am Yisrael would be a name taught in courses on ancient anthropology.This hope stemmed from a promise that God made to us in this week’s parasha: “But despite all this, while they are in the land of their enemies, I will not despise them nor will I reject them to annihilate them, thereby breaking My covenant that is with them, for I am the Lord their God.”(Leviticus 26:44) This is not a promise of a comfortable reality. Not at all. But there is a promise that creates a new horizon, a hope based on a very interesting and complex utterance.“I don’t burn bridges,” God tells us. “Despite everything, the covenant between us will never be broken.” The wheels will keep on turning and things will look up.This point can be clarified by differentiating between two kinds of punishment. A person could do something illegal and the state will punish him.This is totally legitimate. But we cannot ignore the fact that a punishment received from an institution, like a state, is detached and has no positive feeling behind it.On the contrary, a child who receives an educational punishment from his parents (assuming the punishment is indeed educational and not damaging to the child in any way) can get very angry at his parents.But when he grows up he will comprehend that the punishment was given from love and devotion and concern for his future.Constructive punishment can only be the kind stemming from love. Indeed, the Jewish people, who lived in exile, sometimes in the most difficult of conditions, could count on this verse and draw hope and consolation from it. In a wondrous historic process, this nation shook off its dust and has returned to its country and homeland. The writer is rabbi of the Western Wall and Holy Sites.