Exclusive: Some Trump Vodka, popular as kosher for Passover spirit, may not be kosher

The JPost Podcast has uncovered that many of the bottles currently on the shelves are, in fact, not Kosher for Passover.

Podcast: Some Trump Vodka, popular as kosher for Passover spirit, may not be kosher
Advertisement

Trump Vodka is one of perhaps a dozen products carrying the moniker of Republican front-runner Donald Trump that have fallen by the wayside through the years, a point his critics charge undermines his business reputation.The spirit, however, found an unusual afterlife in Israel, even after being discontinued in the United States. Trump Vodka found a niche as one of the few kosher for Passover vodkas.The Jerusalem Post has learned, however, that some bottles of Trump Vodka currently on the shelves are not kosher for Passover, despite being labeled as such.Trump Vodka debuted in 2006, and in Trumpian fashion was marketed as “the world’s finest super premium” vodka and “the epitome of vodka.”The tall, gilded bottle resembled a Trump luxury building, and was designed by Milton Glaser, the same person who created the iconic “I heart NY” logo.The slogan was: “Success Distilled.”But as with his other licensing deals, Donald Trump had almost nothing to do with Trump Vodka. It was distributed by a company called Drinks Americas, and manufactured in the Netherlands by the Wanders Distillery, which said it quintuple-distilled the spirit from “select European wheat.” 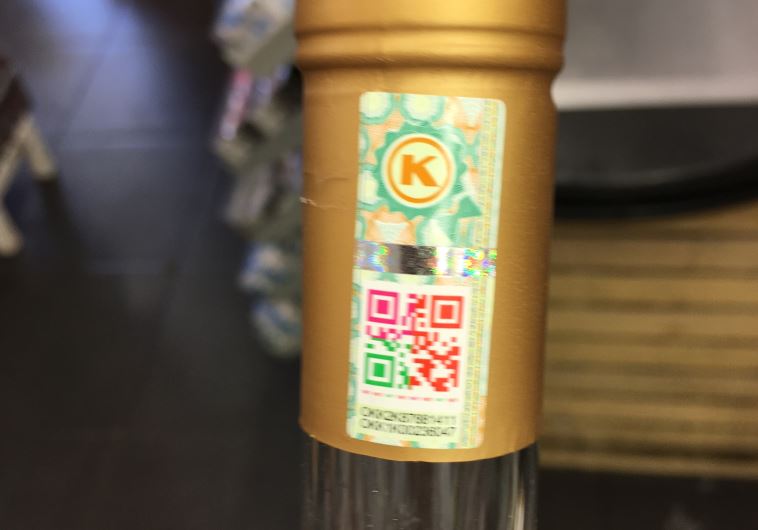 Kashrut hologram sticker on Trump Vodka bottleDespite Trump’s predictions that Trump and tonic would become the gold standard of mixed drinks, the product never took off. In 2010, Drinks Americas stopped production after “failing to meet threshold requirements.”By 2011, you could hardly find it anywhere. Except in Israel.An importer named Avi Eliyahu was still importing and selling the vodka through his import company H. Pixel International. Pixel had previously inked a deal with Drinks Americas to sell Trump Vodka in Israel, and saw no reason to stop. When Trump got wind of it, he sued.That was in April of 2011. By September, for some reason, Trump changed his mind, and decided instead to let Pixel use the brand. With much fanfare, Eliyahu announced that his import company would sell Trump-branded vodka, both plain and flavored, plus Trump energy drinks in Israel.At that point, presumably, Pixel found a new manufacturer for the vodka. Instead of the Dutch company, which used wheat, they turned to the August Ernst distillery outside Hamburg in Germany, which made the vodka from different ingredients. So, despite having the same bottle, Israel’s Trump Vodka is a different drink than the one sold in America, and one of the things that sets it apart is that it’s made from different ingredients that make it kosher for Passover.Five years later, it’s hard to say that Trump Vodka has been a huge hit in Israel, but the golden tower-shaped bottles still show up on the occasional store shelf, though flavored versions and Trump energy drinks are nowhere to be found.But the product has a steady following around the holidays.“We sell it only at Passover; 99 percent of the sales of it are at Passover,” said an employee at the Mashkaot liquor store in Tel Aviv. Dror, who works at a Kiosk on Hayarkon Street that sells the product, says that there is no interest in it otherwise. “It’s only a Passover vodka,’ he says.At Wine House, a liquor store chain, they only order it once a year.“The only way you can make vodka kosher for Passover is if you don’t make it from grain, so you have two options: potatoes and molasses,” said Simon, who manages the Ibn Gvirol branch (which does not stock the vodka). Because potatoes are more expensive, he surmises, Trump Vodka is likely made from molasses. Most vodka, like the American iteration of Trump Vodka, is made from wheat.“[Customers] don’t ask for it on a regular basis, they ask for it at Passover,” he added. “They know that Trump Vodka is kosher for Passover.”In a twist of fate that must be a point of pride for Trump’s daughter Ivanka, who converted to Judaism, and her Orthodox husband Jared Kushner, Trump’s name has become synonymous with Passover among Israeli drinkers.Last March, however, Badatz Igud Rabbonim, one of the largest kosher certification organizations in the world, put out a warning that bottles of Trump Vodka from 2013 were not, in fact, kosher for Passover.“We discovered that instead of one of the ingredients that was supposed to be kosher for Passover, they used a different one,” said Rabbi David Silverstone of the OK Kosher certification organization.Even though the bottles of vodka were actually chametz, leavened food banned during Passover, they still had all the kosher certification stickers.Silverstone speculated that either the mistake was discovered after production, or that the manufacturer continued putting kosher labels on regardless.According to Silverstone, Pixel was very cooperative and changed the ingredients to be in accordance with Passover kashrut laws. Pixel even put up the funds to hire an extra rabbi to inspect the process in Germany and affix a label to the newly certified kosher bottles of Trump Vodka.The problem, however, is that most people were unaware of the mix-up, and some of the old, non-kosher bottles remain in circulation. This reporter came upon three bottles of Trump Vodka in reporting this story, and none of them was kosher. When one store opened a new case, he saw that all the bottles inside had holograms affixed.To concerned consumers, Silverstone said, the rule is that any bottle of Trump Vodka labeled 2013 or later is only certified kosher if there is a Kashrut hologram sticker affixed to it.The August Ernst distillery said it could not comment as it would violate its agreement with the importer.The listed number for H. Pixel, led to Eliyahu’s electronics import businesses, where the employees swear they have no connection to Trump Vodka. They told the Post after several attempts of contact that Eliyahu was out of the country and could not be reached.The Trump Organization also did not respond to a request for comment.