Disney-owned firm Maker Studios ends partnership with "PewDiePie," after posts such as one featuring "Death to all Jews" scene. 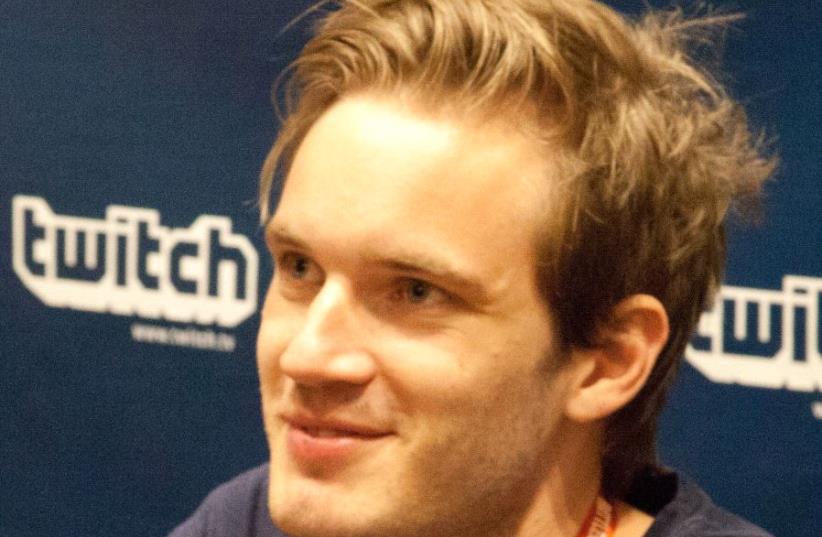 Felix Kjellberg, aka PewDiePie
(photo credit: Wikimedia Commons)
Advertisement
The Walt Disney Company has severed ties with the world's highest-paid YouTube star over a series of videos containing content accused of being antisemitic.In light of the controversial material, Disney-owned multi-channel media network Maker Studios ended its partnership with "PewDiePie," a 27-year-old Swede whose real name is Felix Kjellberg, the Wall Street Journal reported on Monday.On Tuesday, the Journal published a report on the probe into the online videos with antisemitic jokes uploaded last month, such as one that featured two laughing men from South Asia who had allegedly been paid to hold a sign that read, "Death to all Jews."Screenshot of controversial YouTube videoAnother video by the YouTube sensation, who has amassed more than 53 million subscribers and millions of dollars, showed a man dressed as Jesus saying "Hitler did absolutely nothing wrong."“Although Felix has created a following by being provocative and irreverent, he clearly went too far in this case and the resulting videos are inappropriate. Maker Studios has made the decision to end our affiliation with him going forward,” said a spokesperson from the company. Kjellberg and Maker Studios inked a deal in 2014 that lead to his co-ownership of Revelmode, a content network covering video games, music and entertainment media produced by Kjellberg and his associates.According to the Journal, the PewDiePie account has since August uploaded nine videos with antisemitic jokes or Nazi imagery. The two aforementioned videos along with another containing controversial remarks have reportedly been removed from the popular YouTube channel. In light of negative attention surrounding the footage before the Journal report, Kjellberg took to his Tumblr blog in attempt to clarify that he had made the videos as humorous commentary on contemporary society. "It came to my attention yesterday that some have been pointing to my videos and saying that I am giving credibility to the anti-Semitic movement, and my fans are part of it as well for watching," he wrote on Sunday. "I think it’s important to say something and I want to make one thing clear: I am in no way supporting any kind of hateful attitudes."He added that he did not produce the posts as a form of "serious political commentary," and acknowledged that "these jokes were ultimately offensive. "As laughable as it is to believe that I might actually endorse these people, to anyone unsure on my standpoint regarding hate-based groups: No, I don’t support these people in any way," he added.