By ZOHAR FRIEDMAN
Using Facebook on the Internet 370 (R)
(photo credit: reuters)
Advertisement
As 2013 begins, we've compiled the top ten social media moments, scandals and glitches of 2012. Our selections are limited to incidences that concern Israel, the Jewish World and the region. 1. Kim Kardashian weighs in on the Israeli-Palestinian conflictDuring the height of IDF Operation Pillar of Defense, reality starlet Kim Kardashian came under fire for tweeting that she was "praying for everyone in Israel." Kardashian quickly tried to appease her angry followers by posting a similar "praying for everyone in Palestine" tweet, but to no avail. The pro-Palestinian tweet caused even more outrage, with one tweeter poking fun at the starlet, saying she "takes back her tweets faster than her marriages," a reference to the star filing for divorce after only 72 days of marriage to NBA player Kris Humphries. Finally, Kardashian deleted both tweets and issued an apology to those who were "offended and hurt" by what she'd said.

2. Bar Refaeli wears a Santa suitIsraeli model Bar Refaeli made waves on Twitter this December when she tweeted a photo of herself in a Santa suit. Twitter followers berated Refaeli for donning the outfit, with some going so far as to accuse the starlet of "betraying Israel;" others came to defense of the beleaguered model, telling her detractors to quiet down and dismissing their outrage as jealously.Unlike Kardashian, Refaeli held her ground and refused to remove the offending photo. 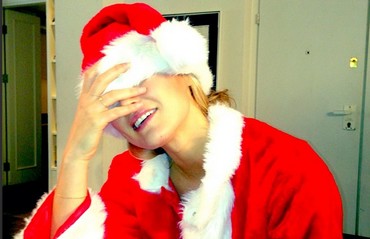 3. UN tweets that Ban supports 1 state solutionWhile the UN has never been known for its love of the Jewish state, a typo in a tweet posted by the UN Twitter account did little to allay tensions. Not only did the Tweet quote UN Secretary General Ban Ki-moon as stressing the "urgency of reaching a 1-state solution," it was posted during the highly sensitive Palestinian UN bid period.

According to CNN, the tweet stayed up for a half an hour before it was removed and replaced with the corrected tweet, below.

Still, despite the correction and the tweet's short life, Twitter users nonetheless managed to issue a variety of responses, ranging from humorous and insightful to flat-out outraged. Our personal favorite termed the typo a "good example of a Freudian Slip."

Click for special JPost coverage4. IDF & Hamas spar via Twitter during Operation Pillar of DefenseAs Hamas rockets bombarded the South and the IAF took out over 1000 targets in precision strikes throughout Gaza, the IDF Spokesperson and the Al Qassam Brigades continued the battle over a new medium: Twitter. Both the IDF and Hamas used Twitter to issue warnings and threats, as well as update their followers on the status of the conflict.Hamas, however, took things one step further when it began to directly respond to the  IDF Spokesperson's tweets, marking a rare occasion of direct communication between the two enemies.

@idfspokesperson Our blessed hands will reach your leaders and soldiers wherever they are (You Opened Hell Gates on Yourselves)
&mdash; Alqassam Brigades (@AlqassamBrigade) November 14, 2012

5. Politicians posts black and white army stillsSocial media is still something of a new medium for Israeli political actors, who are still learning to bridge the personal and the political. In an effort to acquaint their adoring publics with their more human sides, several high profile Israeli politicians posted black-and-white photos from their army days. Offenders included, but were not limited to: Prime Minister Binyamin Netanyahu, Yesh Atid leader Yair Lapid, Defense Minister Ehud Barak and Kadima leader Shaul Mofaz. By and large, the strategy worked, with the majority of Facebook users leaving their elected officials complimentary and flattering comments, lauding their leadership abilities, complimenting their good looks (especially Netanyahu) and praising their service.  Some, however, weren't so kind to the politicians (again, especially Netanyahu), calling out the obvious publicity stunts. 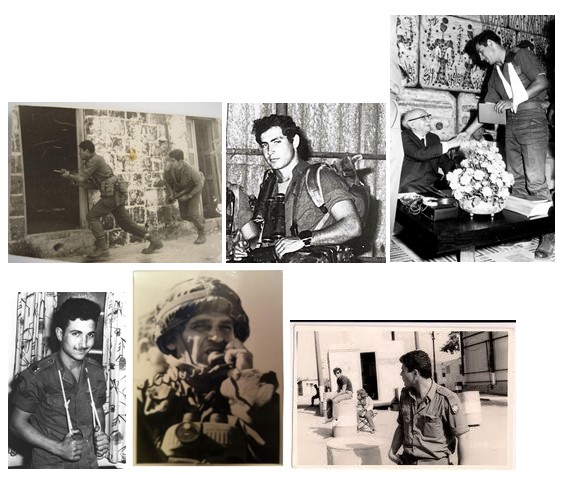 6. Russell Simmons versus Abraham FoxmanOur next top social media moment was facilitated, in part, by the Post itself. A very public feud broke out between JPost blogger and ADL National Director Abraham Foxman and hip-hop mogul Russell Simmons. The feud concerned Russell Simmons' relationship with the controversial Minister Louis Farrakhan, whom Foxman has described as “anti-Semitic and racist.” At a co-existence discussion at the President's Conference in Jerusalem, Simmons accused Foxman of "alienating some in America’s African-American community" through his public attacks on Farrakhan; Simmons took the insult further when he compared Foxman to Farrakhan, alleging that the juist as Farrakhan alienated Jews through his anti-Semitic comments and conspiracy theories, Foxman alienated African-Americans.The feud escalated until Simmons, who Foxman later described as “relishing the media controversy," posted the following tweet to his Twitter account.

Foxman, incensed, wrote a JPost blog addressing the tweet and Simmons’ accusations called What Russell Simmons needs to do, outlining how he believed Simmons needed to amend for both his comments and relationship with the controversial Farrakhan.

7. “A good Jew” UnBonJuifOur next story concerns an anti-Semitic Twitter trend in France. In October, #UnBonJuif, which translates to "a good Jew" in French, became the third most popular hashtag among Twitter users. The French daily Le Monde described the use of the hashtag as "a competition of anti-Semitic jokes." Tweets included, “#UnBonJuif is a dead Jew.” As an example of this anti-Semitic trend, we've chosen an English tweet which utilized the hashtag, although it should be stated that this trend was chiefly French.

Finally, after Union of Jewish Students of France threatened a lawsuit, Twitter agreed to remove the offensive tweets.8. #Munich11In the summer of 2012, as the London Olympics were set to begin, a well-publicized dispute broken out between the widows of the slain Israeli athletes known as the Munich 11 and the International Olympic Committee. In short, the widows wanted a moment of silence at the Olympic Opening Ceremony to commemorate the massacre, which the committee refused to do. Supporters of the cause took to the Twitterverse to express their solidarity, using the designated hashtag #Munich11 to call for a moment of silence.
The hashtag received unprecedented publicity when Josh Malina, the Jewish star of the TV show 'The West Wing' and Michael Nazzal, a Jordanian parliamentarian, sparred over the merits of the demand.

While the argument was never resolved, Prime Minister Netanyahu used his Facebook account to post a drawing and handwritten note to the Israeli Olympic delegation, wishing them luck. 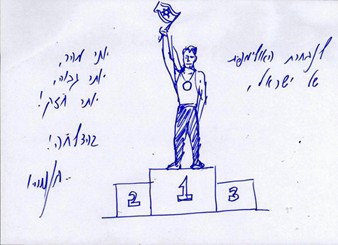 9. An open letter to Sarah SilvermanSarah Silverman and Rabbi Yaakov Rosenblatt made waves when the rabbi published an open letter to the comedienne, slamming her for using "biblical language" in her pro-Obama campaign video, 'Let my people vote,' and moreover, for Silverman's rejection of "marriage and childrearing." The feud got particularly heated when Silverman's father wrote the following comment on The Jewish Press's website, taking the rabbi to task for "f**king" with his family.
Hey asshole: Daughter #1 is a rabbi. Not by your standards. She's reform. How dare she, a lowly woman think god wants her to be a rabbi, created from a mere rib. Her hubby, three times nominated for a nobel peace prize was listed by the Jerusalem Post as the 49th most influential jew in the world built the worlds largest solar field in israel. By the way, Sarah was also on the list. I missed your name. Oldest granddaughter is serving in the Israel Defense Forces. I'm sure you also served. Oh I forgot the orthodox don't do that. You don't fuck with my family.
Silverman herself was surprisingly quiet throughout the scandal, tweeting one tweet of affection for her father.

10. Netanyahu's sports #failThe prime minister attempted to use his Facebook account to address an embarrassing slip at a soccer game "of Arab and Jewish youngters" outright by posting a account of the event. The post briefly described the game, and tersely concluded that the "Prime Minister has apparently strained a tendon." Facebook users responded with the usual mixture of well wishes and slams,  such as "Don't you have other things to do?" and "Shame it wasn't your head."
Despite Netanyahu's attempt to put on a brave face and confront the issue head-on, members of the media quickly noticed that the PM went to great efforts to avoid being photographed while walking with crutches. Try it yourself: Our Google searches for photos of the Prime Minister on crutches yield nothing.