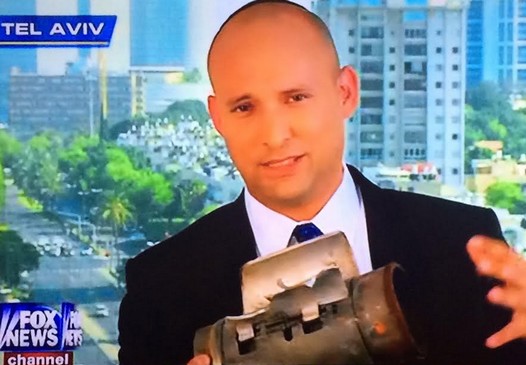 Economy Minister Naftali Bennett appeared in an interview with a prominent American news channel over the weekend, urging American viewers to understand the perils Israeli citizens have been facing amid the onslaught of rocket fire from Gaza over the past week.Speaking from Tel Aviv, Bennett told the Fox News weekend talk show with Mike Huckabee that Israel did not see the international community responding to the threats facing the Israeli populace. "We understand that we are on our own, and we will defend ourselves, and we will win," he said.Bennett displayed the remains of a Grad rocket fired at Israel from Gaza and appealed to the US viewers to "imagine how they'd feel if one of these [rockets] fell in their neighborhood, their children's kindergarten or school, or God forbid their own home. That is what Israel is facing today."