A Fresh Perspective: Make yourselves at home

The latest terrorist attacks in Paris have brought back the question of French aliya to public consciousness. 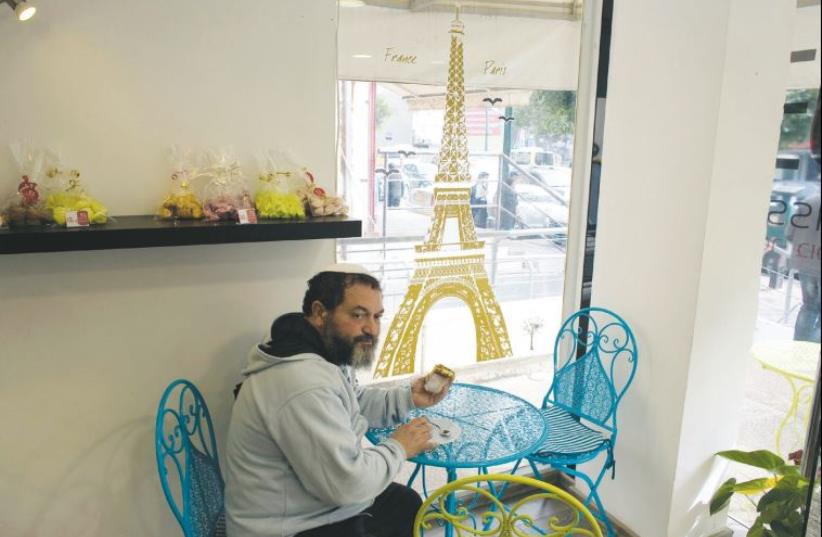 A member of the French community in Israel sits in a patisserie in Netanya, on January 25
(photo credit: RONEN ZVULUN / REUTERS)
Advertisement
With numbers constantly rising, France has become, over the past few years, a central country from which Jewish immigration comes to Israel. In June, five months after the terrorist attack on the Hyper Cacher supermarket that targeted Jews, the heads of French Jewish organizations showed that 25 percent more French Jews moved to Israel in early 2015 than in the same period in 2014. If in early 2014, an already record-breaking year for French aliya, 4,000 French Jews emigrated, in early 2015, in the same months, 5,100 Jews made the move.This significant rise is expected to be enhanced even more by the latest terrorist attacks in Paris. While not targeting Jews, these attacks have hurt the sense of security that Parisians had and have made the security issues in Israel less of a concern when deciding whether or not to move to Israel.Recent polls have shown a whopping 80% of French Jews considering moving.France is the world’s third-largest Jewish community, after Israel and the United States, with an estimated 500,000 Jews living in France today.This means that 400,000 Jews are considering leaving France and moving to Israel. This is an unprecedented number.Currently, the most generous estimates speak of around 200,000 French Jews living in Israel.
Bureaucratic troublesJewish Immigration has always been a top policy priority for the State of Israel.Indeed, this idea is entrenched in the Declaration of Independence that says, “The State of Israel will be open for Jewish immigration and for the Ingathering of the Exiles.”In recent years, there has been some vigorous discussions about whether Israel should continue encouraging Jewish immigration, or whether it should focus on strengthening its ties with local Jewish communities around the world. However, while there is disagreement about encouraging aliya, almost nobody argues with the fact that the gates of Israel should be open to any Jew who wishes to move here.Why then is the State of Israel making it almost impossible for some French Jews to come? Of course, on a formal and basic level, any French Jew that moves to Israel automatically gets citizenship. However, some of the hardships that some need to go through are completely unjustified.For example, someone who has been a practicing dentist in France for several years has to go through a cumbersome process to start practicing in Israel.Some of the medical professions actually do not allow for any equivalences and people who have studied years in French colleges will have to let go of their education and start a new career when making it to Israel.The reasons for these obstacles is that bureaucracies and regulations work in very strict and illogical ways, and unless there is goodwill from the government to carve out the illogical exceptions from the regulations, then they remain there and the government keeps acting in an illogical way.Therefore, even as a huge wave of high-quality immigration is getting ready to come from France, the country continues to consider their diplomas as if they were given by third-world countries.In some cases, the name used to refer to an institution (“college” instead of “university”) can cause the diploma to be impossible to recognize, even if in France such a difference is meaningless.The frustrating part is that these issues have been known for years now, and that implementable solutions have been ready for a while, many prepared by the Kohelet Policy Forum. However, the legislative process on these issues, unless pushed by some motivated legislators, takes years and the problems remain. Why are there no powerful MKs or ministers, or even the prime minister, asking for an urgent legislative package to be pushed through the Knesset quickly the way it has been done on other issues, such as the draft bill or the gas bill? One must remember that these French Jews are sought after not just by Israel, but also by other countries who would love to have them emigrate towards them.As long as the goodwill of the government is missing, the great potential of the aliya from France might be wasted on procedural obstacles that make it too hard for French Jews to come back home.
Contribution to Israeli societyEvery wave of aliya has had a profound cultural and economic impact on the state. It is this impact that has resulted in what we know today as Israeli culture. I believe that French aliya has a serious contribution to make to Israel’s culture, and that now is the time for this contribution to be made.One of the toughest problems in Israeli society divides the country into groups: the Orthodox and the secular, the Sephardim and the Ashkenazim, the rich and the poor, and more.Many joke around and say that if we did not have a common enemy attacking us and wishing for our destruction, Israel would be in the middle of several simultaneous civil wars. Of course, this is an exaggeration, but it remains a telling exaggeration.French Jewry has these exact same potential splits, and yet, on a communal level, they managed to make them disappear. Sephardim and Ashkenazim both remain culturally attached to their heritage in France. The religious and secular remain a part of the same community.These divisions exist, but they are dealt with in a diverse community.This communal level might not work on a macro-national level. However, people who grew up in this diverse environment can become link the Israeli society and make the strong divisions disappear.This is the hidden potential of French aliya – to unite the Jewish people on its land.However, as long as government does not make it a true priority, this potential will be missed. It is our historic duty to make sure that the potential of French aliya is completely fulfilled. The writer is an attorney and a former legislative adviser to Knesset’s coalition chairman; he previously served in a legal capacity at the Foreign Ministry. He is a graduate of McGill University Law School and Hebrew University’s master’s program in public policy.