A large majority of American Jews now self-identify as white. However, these statistics don’t tell the whole story.

In a famous rabbinic discussion in the Talmud, the rabbis and elders were discussing a fundamental question: Which is greater, study or action? “Action is greater,” argued Rabbi Tarfon. Rabbi Akiva disagreed, “Study is greater.” After much discussion, it seems the group reached a consensus: Study is greater because it leads to action.

The last two years have inspired Jewish communities across the United States (US) to seriously grapple with racial injustice. Racial inequities in our society have led many of us to wonder what can we do and how we can help. The answer, granted to us by the Talmud, is clear: We need to focus on education that leads to action.

As the US continues to reckon with its legacy of slavery, we must make it our priority to understand this history and examine how racism still plays out in our society in many contexts, including at home in our Jewish communities. To facilitate racial justice education and, hopefully, subsequent action against racism specifically among American Jews, the Florence Melton School of Adult Jewish Learning has created the Racial Justice Supplement, a teaching guide and materials to supplement its existing Social Justice curriculum.

The curricular materials cover multiple aspects of racial justice, from inequality in the criminal justice system to the recent rise in verbal assault, physical violence and other manifestations of hatred against Jews, Asian American and other people of color. Learning about these issues through a Jewish lens helps us recognize that our fates are inextricably linked to people of color. Our Jewish faith has always commanded us to fight for justice and equality for all people.

Historically, Ashkenazi Jews were viewed as a non-white “other” in American and European societies. Sent to segregated neighborhoods and denied access to housing and certain forms of employment, they were often oppressed by the same system of injustice that oppresses Black Americans today. 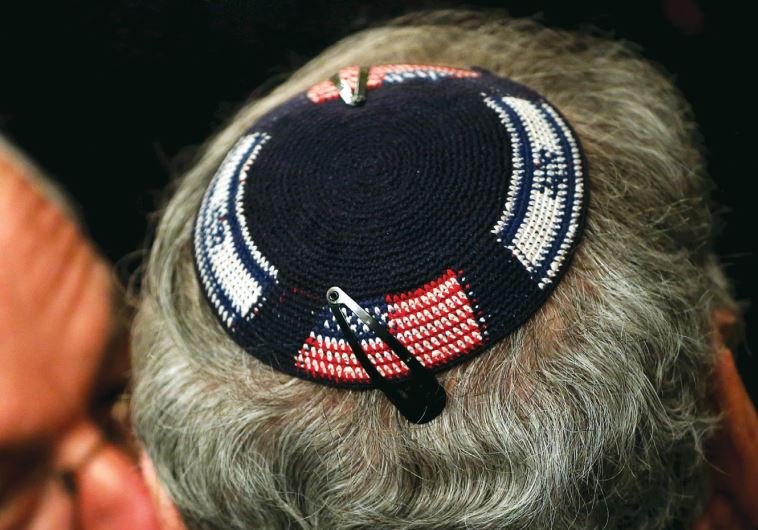 A man wears a kippa embroidered with US and Israeli flags (credit: REUTERS)

However, as America’s racial landscape shifts, a large majority of American Jews now self-identify as white. However, these statistics don’t tell the whole story, a new analysis from Stanford University finds that Jews of color in America are chronically undercounted. When surveys of US Jews take race into consideration, they find that anywhere from 10% to 15% are Asian, Black, Hispanic or otherwise non-white. Interestingly, this number is higher among Jews under 30.

Our curriculum is designed to help the Jewish community confront some uncomfortable truths about racial injustice that exist in this country and help learners recognize that injustice isn’t always overt, it often plays out in subtle or invisible ways. Racial Justice Supplement deals with inequalities within many of America’s social structures, such as healthcare, criminal justice and education. The intention is for adult learners to truly grapple with these areas of concern from a Jewish perspective and consider how they can make a difference.

Judaism teaches that we have an obligation to both educate ourselves and act in the face of injustice. As Rabbi Abraham Joshua Heschel, wrote, “In a free society where terrible wrongs exist, some are guilty, but all are responsible.” Education is the key to unlocking knowledge that can lead us to improving our shared society.