Spinoza's father was a loyal son of Israel, unlike his son - opinion

Little known is the life of Michael Spinoza, Baruch Spinoza’s father, but he was a loyal son of Israel and follower of the Amsterdam rabbinate. 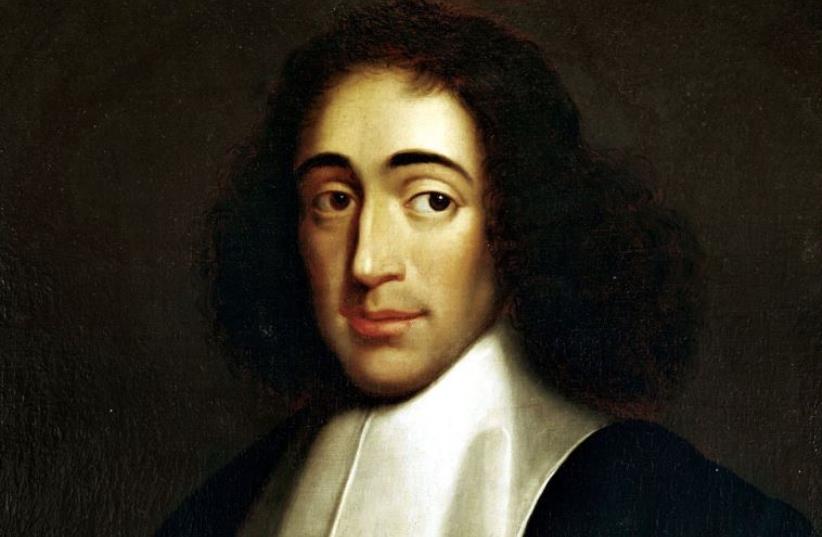 Little known is the life of Michael Spinoza, Spinoza’s father. Unlike Spinoza, Michael was a loyal son of Israel and follower of the Amsterdam rabbinate. In his outstanding 1999 biography of Spinoza, historian Steven Nadler traces the roots of the converso Spinoza family. Many of the conversos were those Jews expelled from Spain in 1492, who later faced forced conversion to Catholicism in Portugal in 1497. They lived openly as good Christians but some tried their best to observe some form of Judaism in secret, a dangerous practice with the threat of the Inquisition. Those who were fortunate escaped to the Ottoman Empire, the Papal States, and by the early seventeenth century, the Protestant Netherlands.

Amsterdam became a reclamation project to bring those conversos who had been Catholic for so long, back into the Jewish fold. Perhaps that is why Spinoza was treated so harshly. He threatened the mission of the Sephardic community – the Portuguese of the Hebrew Nation – and could not be allowed to contaminate those conversos who had to return to Judaism through the leadership of the community rabbinate. His refutation of the Divine authorship of the Bible and his rejection of the belief in miracles could not be tolerated in Amsterdam and had to be rejected.

There was no indication in the young life of Spinoza that the son of Michael was primed for heresy. Nadler describes the intense involvement of Michael in the Sephardic community – “When Spinoza was born [in 1632], his father, Michael, was serving his first term on the ma’amad (the board) of the Beth Jacob congregation. It was also the year of Michael’s first stint as one of the Portuguese-Jewish community’s deputados (deputies).”

There was no indication that a child of Michael would become a rebel – he had five children and there was no sign that any of them would reject the Jewish community, Jewish identity and rabbinic authority. Those historians who believe Spinoza’s converso roots somehow alienated him from a rabbinate that had no presence in much of the history of the conversos, are likely mistaken. Nadler’s description of the schools that the young Spinoza attended is comprehensive. Yet, there was no harbinger as a child and student that Spinoza would reject Judaism and be thrown out of the community decades later.

AMSTERDAM CANAL: At about 2 meters below sea-level, the city is built on 11 million support poles (credit: GAUTAM KRISHNAN /UNSPLASH)

Michael continued being an active participant and leader in the Amsterdam Jewish community until his death 1654. He was buried in a Jewish cemetery. He did not live to see his son excommunicated. One wonders what he would have thought knowing his son was buried in the Niewe Kerk, a Dutch Baroque Protestant Church in The Hague.

The author is rabbi of Congregation Anshei Sholom in West Palm Beach, Florida.